5 confirmed cases of Omicron in Korea… Hundreds of suspected contacts

Five people have been confirmed so far in Korea with the novel coronavirus mutation Omicron. However, as a result of our coverage, it was confirmed that the number of confirmed cases suspected of being infected with the mutation increased to 7 more. 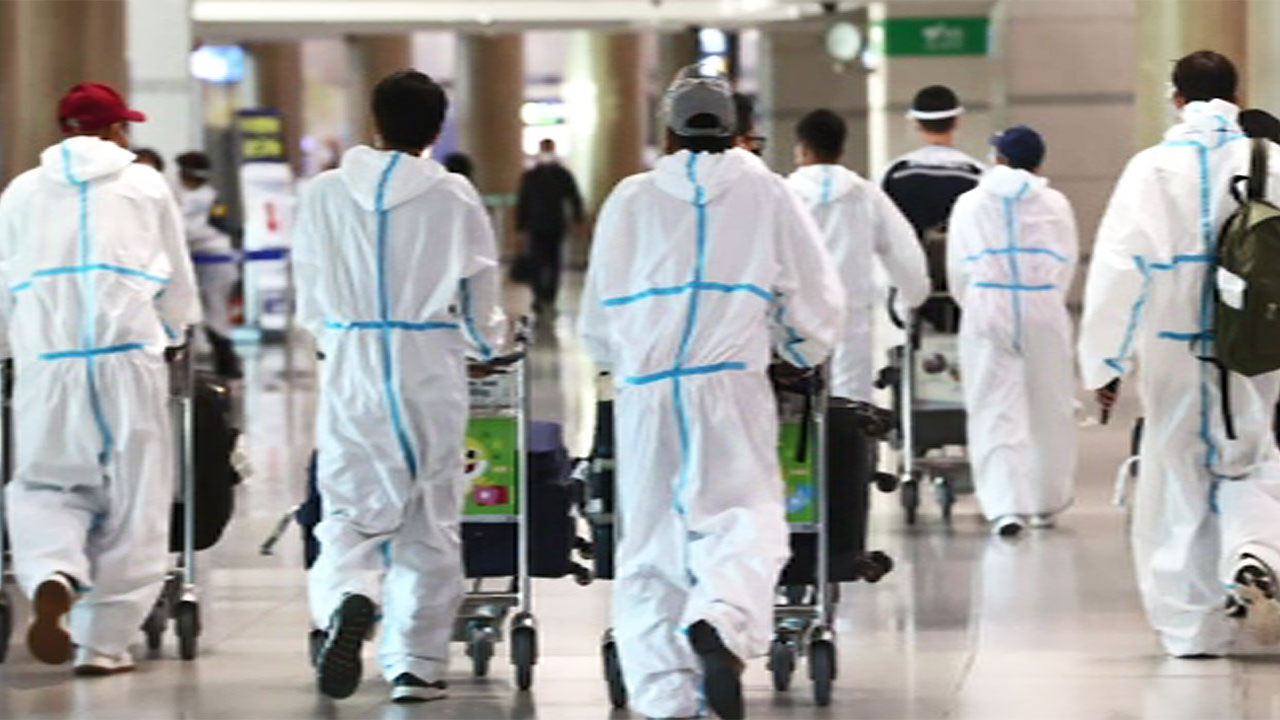 far, there have been 5 confirmed cases of Omicron infection.

A couple in their 40s who had been to Nigeria and a foreign acquaintance A who took them home from the airport, and two women in their 50s who arrived from Nigeria on the 23rd of last month separately.

The quarantine authorities are paying particular attention to the cases of couples in their 40s.

The couple's teenage son has already been confirmed and is being investigated for infection with Omicron, and the results will come out around 9pm tonight.

In addition, three people, including Mr. A's wife, mother-in-law, and acquaintances, were confirmed, and as a result of SBS coverage, it was confirmed that three other people who met them were confirmed today.

The number of related confirmed cases, which started in a couple in their 40s, has increased to 10.

If additional confirmed patients are confirmed as infected with Omicron, community transmission will become a reality.

There are even concerns about the Omicron cluster infection.

As a result of the investigation by the quarantine authorities, a couple in their 40s hid the existence of Mr. A during the first epidemiological investigation and said, "We took a quarantine taxi."

Because of this, Mr. A, who was diagnosed with Omicron, went around the community for four days without an epidemiological investigation.

[Park Young-joon / Head of Epidemiological Investigation Team, Central Quarantine Countermeasures Headquarters: It has been confirmed that the contact force from the airport to the transfer is missing.

I know that if an obvious violation is confirmed, accusations will be taken.]

Mr. A's wife and mother-in-law also attended a church meeting with hundreds of people on the 28th of last month before quarantine, but they did not reveal this in the initial investigation.

The city of Incheon started a total inspection of about 800 church members only today.

The quarantine authorities said that there were only 105 close contacts of the 5 infected with Omicron so far, and 276 people including those subject to follow-up management.