Even after being hit with a taser, the weapon rages... Suppression by shooting live bullets in the thigh

Police fired live bullets to subdue a man who was rioting with a weapon yesterday. Criticism of the police's helpless on-the-spot response has recently been pouring in, and the Commissioner General of the National Police Agency has ordered the police to boldly use the necessary physical force. 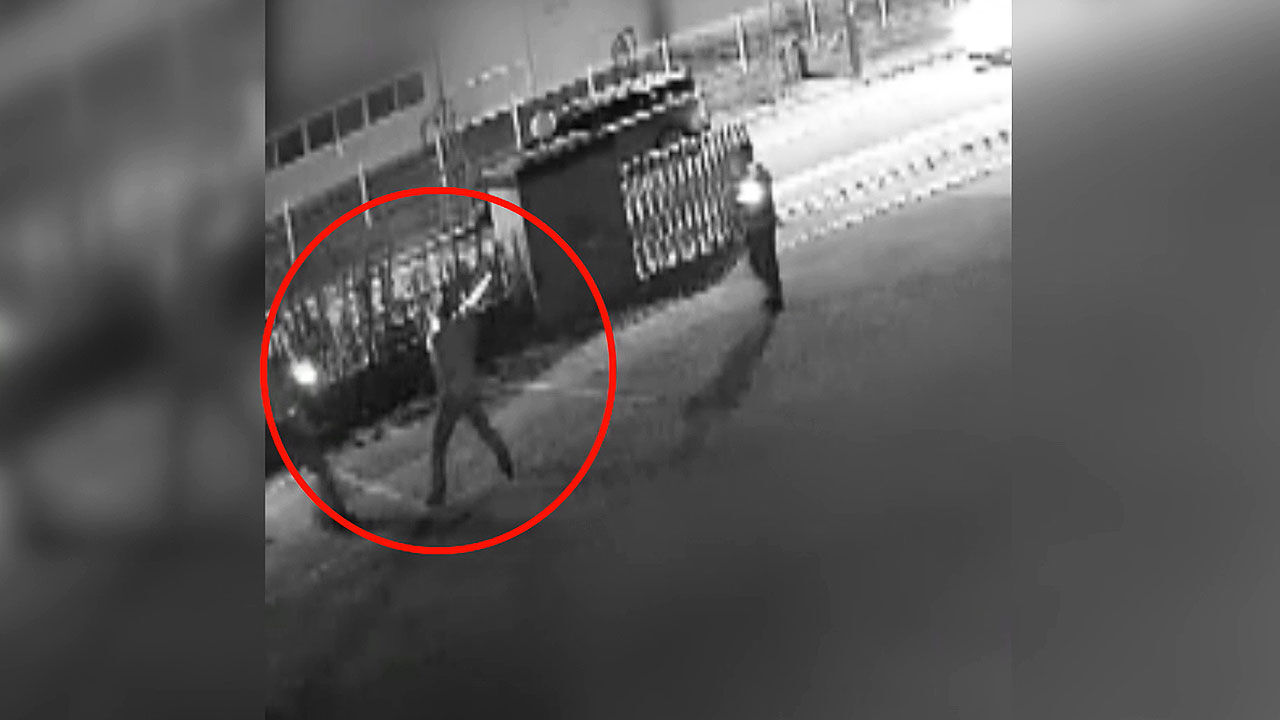 police fired live bullets to subdue a man who was rioting with a weapon yesterday (1st). Criticism of the police's helpless on-the-spot response has recently poured in, and the Commissioner General of the National Police Agency has ordered that he use the necessary physical force boldly.

This is KNN Correspondent Choi Hansol.

is in front of a factory in Gimhae, Gyeongnam.

A man with a weapon enters the factory despite the police's disapproval.

He fires a taser, but the iron core bounces off his thick coat, and an angry man swings his weapon at the policeman.

The man broke the building glass and entered the office, wielding a weapon.

Threats continued despite the firing of blanks, and the police eventually fired live bullets.

The situation was finished only when three live bullets were pierced in the right thigh.

The man was arrested and immediately underwent surgery, it is known that his life is not in jeopardy.

Person A in his 50s, who was hit by live bullets, said he did this because he did not receive the money lent to the factory officials.

This use of firearms was the first case after the Commissioner of the National Police Agency asked the frontline police to take an active on-site response after the poor response to the inter-floor noise and knife riot in Incheon.

This means that we will take strong physical responses to the riots.

[Kang Tae-kyung/Director of Criminal Division at Gimhae West Police Station: We will respond strictly according to due process for violent crimes using weapons.] The

police plan to apply for an arrest warrant for Mr. A on charges of obstruction of the execution of special duties.