New KIA Niro unveiled: time to look back on the success of the old version

KIA unveiled the new Niro last week, which will come to the Netherlands in the second half of next year. This means that the current model, last year and this year the best-selling car in the Netherlands, will receive a successor after more than six years. We look ahead to the newcomer and look back at the outgoing Niro, who is still incredibly popular in our country in the fall of his career. 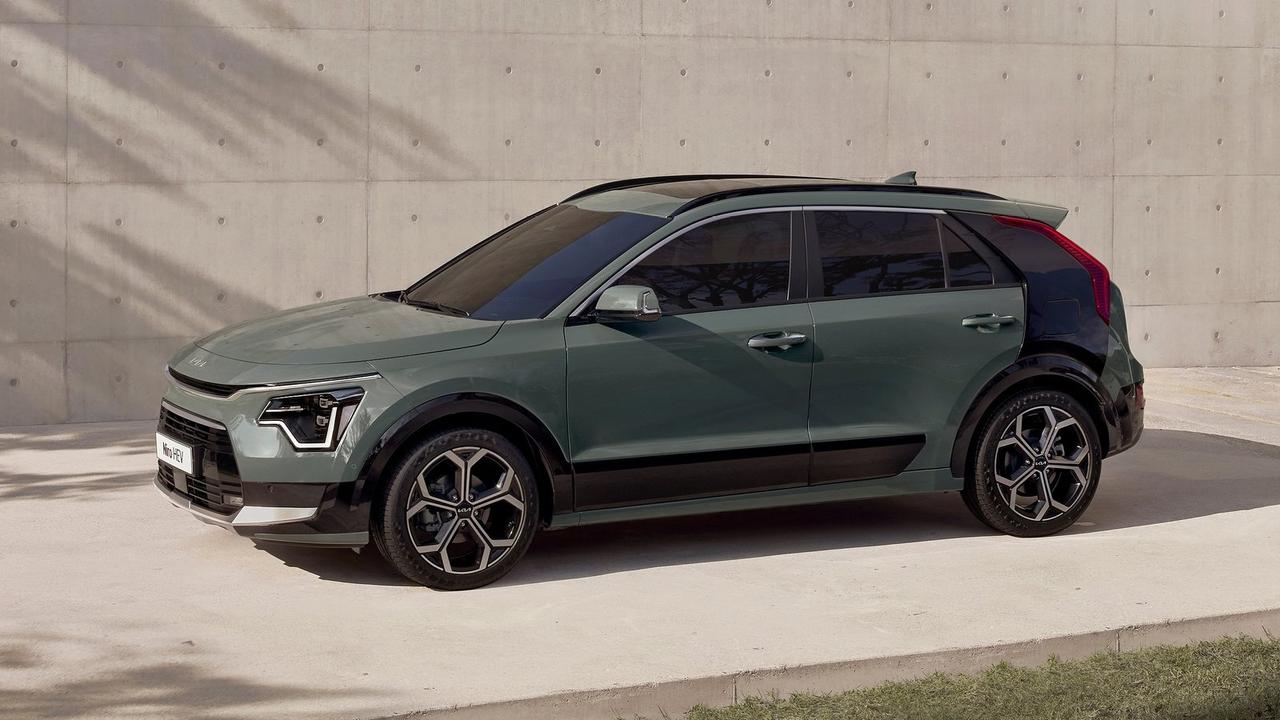 KIA unveiled the new Niro last week, which will come to the Netherlands in the second half of next year.

This means that the current model, last year and this year the best-selling car in the Netherlands, will receive a successor after more than six years.

We look ahead to the newcomer and look back at the outgoing Niro, who is still incredibly popular in our country in the fall of his career.

For owners of the current KIA Niro, the new model presented last week may come as a shock.

You can still recognize the basic shape in it, but otherwise the conservative appearance of the existing Niro was radically overhauled.

To top it off, you can have the so-called C-pillar, or the part between the rear door and the rear, in a contrasting color.

The interior of the Niro will also be completely different.

Immediately behind the special two-spoke steering wheel is a large screen and the dashboard gives a real cockpit feeling much more than before.

What does not change is the choice of drive.

Like the current KIA Niro, the new model will also be available as a hybrid, with plug-in hybrid drive and as a fully electric version.

The specifications keep the South Korean brand under wraps.

The manufacturer does report that the plug-in hybrid has a so-called Greenzone Drive Mode.

This means that the car automatically switches to full electric mode when entering environmental zones.

Prices of the different versions are still unknown.

The new KIA Niro gets the clean job of surpassing the success of the current model.

That will be quite a challenge, because the existing Niro still scores above expectations.

The new KIA Niro gets two large screens, which are optically fused together.

The new KIA Niro gets two large screens, which are optically fused together.

Read all about the new KIA Niro . here

Few models are so popular at the end

A model cycle of the average car is fairly straightforward.

About three to four years after a car comes on the market, an upgrade round follows with some external changes.

After that, the model often lasts another three years.

In the meantime, there are at most adjustments to the multimedia system.

This also means that the first full years of sales are usually the best.

After the facelift, there is often a revival, but after that sales fall quickly.

Not so with the KIA Niro.

That car has become more and more successful with each year of sales, culminating in first place in the sales list for 2020. This year sales will probably be slightly lower, but the Niro is once again on track to close 2021 as the best-selling model of the car. The Netherlands.

Measured up to and including 24 November, 9,575 copies of the Niro have already been registered this year.

The fully electric version is the most popular with 4,888 units, followed by the hybrid version with 4,112 units.

In an explanation of the figures, KIA Netherlands says that they see a large increase in the number of private individuals opting for the fully electric version.

However, the importer does not mention hard numbers.

KIA is again expected to sell more than ten thousand copies of the Niro in the Netherlands this year.

KIA is again expected to sell more than ten thousand copies of the Niro in the Netherlands this year.

To find out what appeals to drivers about the KIA Niro, we spent a few days on the road with one.

This concerned the electric version with the largest battery pack, namely 64 kWh (the entry-level model has a 39 kWh model).

This brings us to one of the possible reasons for the success of this car: the competition is invariably more expensive, with the exception of sister brand Hyundai and the Chinese MG.

Especially if you compare that to the range offered, another plus.

KIA promises a range of 455 kilometers for the example with the largest battery pack.

At a temperature of around 5 degrees, the on-board computer has invariably indicated 400 kilometers with a full battery in recent days.

Based on our average consumption, we would have made it to over 360 kilometers.

By making smart(er) use of the seat and steering wheel heating of our test sample, this could have been even higher.

Although that is not standard on all versions, the Niro is also good in its stuff in the basics.

Incidentally, the hybrid version of the Niro is at least as competitively priced.

Read more about AutoWeek's experiences with the Kia Niro . here

Simple operation, many good grades on the report

It is also striking that you can actually read and write with the Niro from the start. The car is also easy to operate with all the gadgets on board, steers pleasantly and lies well on the road. In that respect, the Niro is an excellent model for that group of drivers who do want to drive electrically, but who do not want to be confronted with an unnecessarily futuristic interior, where all control functions are placed in a touch screen.

Below the line there are competitors with more refinement in the chassis, a higher-quality interior or sturdier furniture.

In addition, the Niro is not extremely quiet, not even the electric version.

But the Niro never sinks through the ice and in 2021 also stands its ground against many younger competitors.