Yellowtail, a warm-flowing fish, is mainly caught in the southern coast and Jeju Island, but recently, a lot of it is also caught in the eastern coast. This is because the water temperature has risen due to climate change. Reporter Jae-geun Cho visited the field of defense fishing in season. 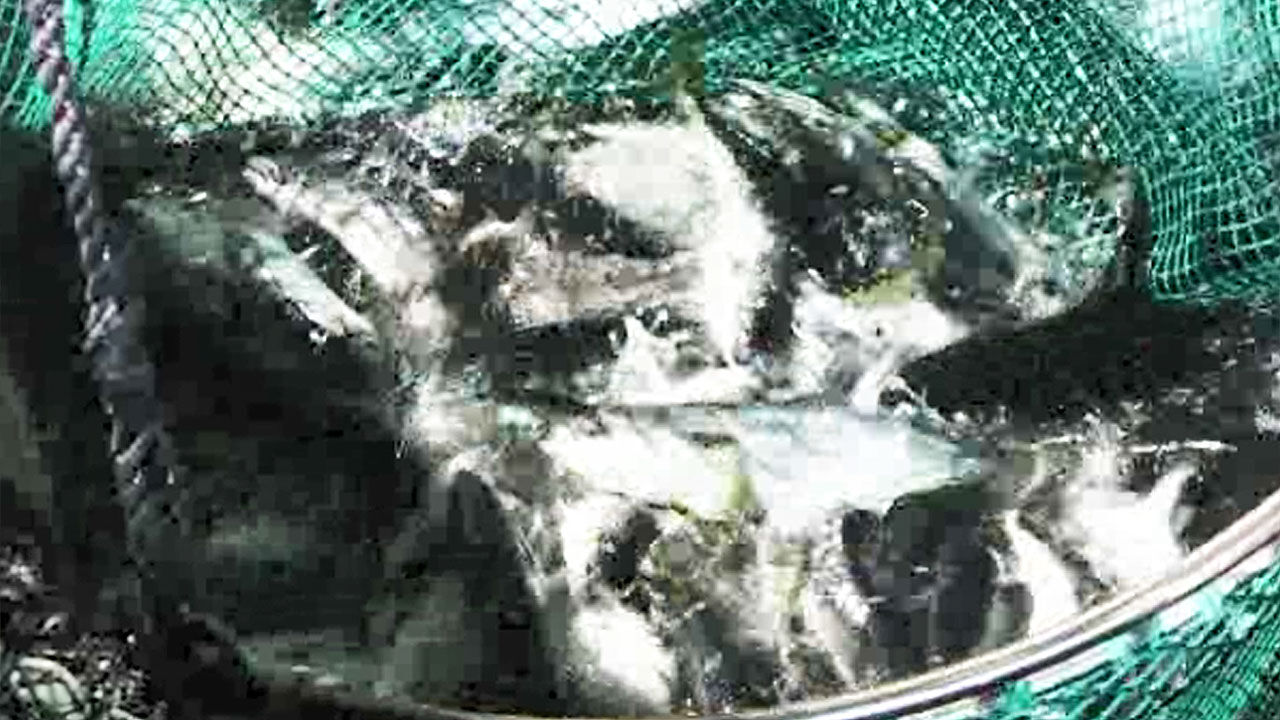 Yellowtail, a warm-flowing fish, is mainly caught in the southern coast and Jeju Island, but recently, it has also been caught a lot in the east coast. This is because the water temperature has risen due to climate change.

Breaking through the darkness, the fishing boat arrives at the fishing ground 30 minutes after it has left the port.

When the pre-set net is pulled up using a crane, a large shoal of fish flaps and creates a splash of water.

It has a blue back and a silver belly.

Each shed that holds the fish you catch quickly fills up with a large defense.

This is the defense I caught today (27th).

Although it is relatively small, weighing only 3 kg, it is traded for about 50,000 won.

The daily catch varies widely depending on the route, timing, and sea conditions of the defensive flock.

[Lee Jong-beom/Captain Bukyang Fisheries: When a lot is caught, about 10 tons or less are caught, and when there are not, about 1 ton is caught. (When you catch a lot) Once you store it in the sea, and when the amount runs out, you bring it back little by little (sell it.)] In the

east coast of Gangwon-do, about 2,900 tons of yellowtail were caught this year, and the catch has increased by more than 5 times compared to 10 years ago.

In particular, the catches of Gangwon Province exceeded that of Jeju Island seven years ago.

[Jung-Jin Kim/Dr., National Fisheries Science Institute: As the water temperature around Korea increased for a long time, the amount of resources of the warm-flowing fish species of yellowtail increased. In particular, the distribution area of ​​yellowtail has recently moved north due to the formation of high temperatures in the summer (the catch of Gangwon-do has increased)] The increase in

water temperature Defensive hunting on the east coast of Gangwon-do, which has emerged as a major production center for defense, will continue until the beginning of next month.