On Thursday, November 25, the Disney + platform premiered The Beatles: Get Back, a three-part docuseries with unpublished images of the Liverpool band, directed by the ... 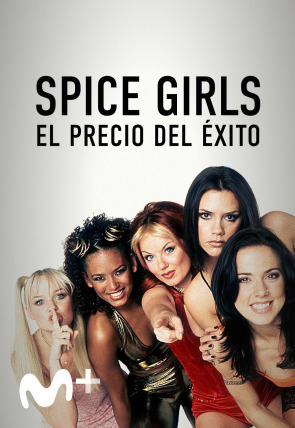 The Beatles: Get Back

a three-part docuseries with

unpublished images of the Liverpool band,

directed by New Zealand screenwriter and film director Peter Jackson. The documentary includes more than 55 hours of material filmed by Michael Lindsay-Hogg in 1969, which saw the light for the first time, and about 140 hours of audio recordings produced during the making of

, the last studio album of the British group, launched in May 1970, days after Paul McCartney left the band and, as a consequence, it disbanded.

The series shows the last live concert of the group, including the performance on the rooftop of the street Savile Row in London, and reveals moments during the rehearsals in which its members joke, are relaxed and where camaraderie reigns, calling into question the bad relationship that was said to exist between them.

Created in collaboration with Paul McCartney, Ringo Starr, and the widows of John Lennon (Yoko Ono) and George Harrison (Olivia Harrison), the three chapters of

The Beatles: Get Back

We propose other recent documentaries about bands and musical artists that are also worth watching and that will reveal to the viewer many of the ins and outs related to his life and career.

Metallica: Some Kind of Monster (Netflix)

Acclaimed documentary shot in 2004 by filmmakers Joe Berlinger and Bruce Sinofsky about one of the most celebrated rock bands in music history.

The series is divided into two chapters: the first accompanies the iconic rockers during the recording of their album

in 2003 and the subsequent concert, in the midst of a personal and professional maelstrom and in which the not very good relationships are shown. between them and the struggle in creative processes.

The second 27-minute episode shows the directors meeting with the group ten years later to discuss the documentary's legacy and the band's influence.

The four-episode documentary series reviews the life and career of Lola Flores, one of the most universal Spanish artists.

Become one of the most viewed of this genre in the history of the platform, the series is assembled through 44 interviews with relatives (Lolita, Rosario and Carmen Flores), friends (Juan

of the British female pop group

formed by five young people who revolutionized the world music industry with their 'girl power' at the end of the 90s of the century last. Through interviews with people who worked with them and archive images recorded in different events, their first auditions are told, how they reached stardom, how they were an influence and inspiration for millions of women, their denunciations against machismo, abuse or tabloid harassment and how and when the decline of these five cheeky girls who rubbed shoulders with even Nelson Mandela and the Queen of England began.

For just over two hours, this documentary shows the 20-year-old American on tour, on stage and at home with her family as she writes and records her life-changing debut album,

When We All Fall Asleep, Where Do We Go?

, published in March 2019. The film reveals the close relationship that the teenager has with her family, especially with her brother, with whom she still lives despite her enormous success;

his first car, a love disappointment and his delivery to the public at concerts.

This two-hour biographical documentary follows the pop star during the release of her fifth studio album,

(2016), and rehearsals for her 2017 Super Bowl performance. The story reveals to the viewer the vulnerability of Lady Gaga , known for her provocations, due to her physical pain and emotional battles.

, the most listened to Spanish artist on Spotify in 2020, in which the love for his family, his friends and for his neighborhood, Pan Bendito, al sur from Madrid.

In the series, the ragpicker remembers in the first person how were his most difficult years as a child and as a teenager, what his first successes were and how he got to where he is today, in addition to showing many unknown facets of the musician and never-before-seen images of his concerts.

From the island to the myth (Netflix)

Biographical series of six episodes on the extraordinary life and career of the legend of flamenco Camarón de la Isla. Many well-known faces speak of the Cádiz-born cantaor, from his beginnings and his arrival in Madrid to the decisive meeting with the guitarist Paco de Lucía, who becomes a cultural phenomenon hailed as "the king of the gypsies", and his precipitous death from lung cancer.

(Medellín, 1985), the Colombian king of reggaeton, is the protagonist of this hour and a half long documentary that tells the life of the artist while preparing the most important concert of his career, according to him, in his hometown of Medellín at the end of 2019. In addition to sequences of the great event, the singer narrates in first person about his beginnings in music, his problems with anxiety and depression, with which he lives daily, and about the political and social discontent for the one who was passing his country at the time of filming.

The tortuous life of the American who rose to stardom when she was still a child is highlighted in this hour and a half documentary in which the singer's struggle to regain her own personal and patrimonial guardianship in court is revealed, granted to her father by a judge in 2008, after a series of events that evidenced the crisis the artist was going through.

The journalist Jenny Eliscu, who interviewed her twice for

, dissects in this film the problems of the pop star, from the beginning of the guardianship by her father, Jamie, to the present.

Sofa and blanket: the 6 premiere series of the moment that you have to see