"Evolutionary approach": what is the significance of the "Prichal" module for the Russian presence in space

Russian specialists successfully launched a carrier rocket, which launched into space the "Prichal" nodal module, which has no analogues in the world. The spacecraft, launched into orbit, is to dock at the International Space Station on November 26. The Prichal is intended to enhance the technical and operational capabilities of the Russian segment of the ISS. In addition, the technical potential of the module makes it possible to create a new orbital station on its basis. According to experts, "Prichal" along with other modern modules in the future may become the basis for the formation of a national space station of the Russian Federation after the planned shutdown of the ISS in 2024. 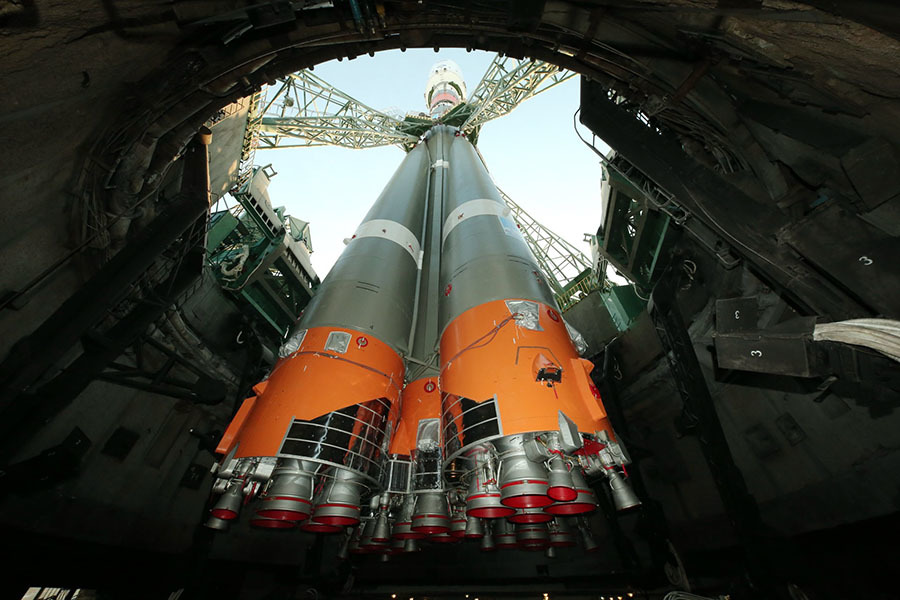 This was reported by the press service of Roscosmos.

On the evening of November 26, the Prichal is scheduled to dock to the Russian segment of the International Space Station.

“Specialists of the Main Operations Group for Flight Control of the Russian Segment of the International Space Station ... have started to control the flight of the new module spacecraft.

According to telemetry information, the rocket in the normal mode put it into the target orbit ... ", - noted on the website of" Roskosmos ".

Earlier, the corporation reported that the Prichal would be docked to the Russian multipurpose laboratory module Nauka.

“The ballistic flight pattern before docking with the ISS is similar to that of the Progress M base vehicle (two-day flight with the possibility of increasing the duration in the event of emergency situations).

Docking of the nodal module ("Berth". -

) is carried out to the multipurpose laboratory module "Science", - is specified on the website of "Roskosmos".

The Prichal is designed to build up the technical and operational capabilities of the Russian segment of the International Space Station.

As noted in "Roskosmos", its further development "is ensured by docking to the nodal module of transport systems, including promising ones."

As Rustam Abdulkhalikov, head of the manned space complexes department of the Rocket and Space Corporation (RSC) Energia (part of Roscosmos), told reporters in mid-November, there are no modern analogues of Prichal in the world.

“A similar analogue is an American module like Node, but it was delivered by the Shuttle.

It is very heavy, and our Russian (Prichal. -

) is delivered by Progress and thus it is more cost-effective ... There are no analogues to it, "Abdulkhalikov said.

On November 18, the press service of Roscosmos announced the readiness of the Progress M-UM spacecraft for general assembly with a launch vehicle at Baikonur.

On November 21, the state corporation spoke about the Soyuz-2.1b installation on the launch pad of site No. 31.

In a commentary to RT, Nathan Eismont, a leading researcher at the Institute for Space Research (IKI RAS), said that the commissioning of the Prichal would increase the reliability and safety of the Russian segment of the ISS.

The expert stressed that all elements of the International Space Station are "rigorously tested" before launch.

“More than 20 years of operation of the station indicate that it is fully operational and in general is in good shape.

Nevertheless, there are certain technical difficulties, there are problems with obsolescence.

The ISS and the Russian segment, in particular, need to be regularly updated, and the docking of the Prichal meets this task, "Eismont explained.

In turn, the head of the Institute of Space Policy, Ivan Moiseev, in a conversation with RT, drew attention to the broad technical potential of Prichal.

The "Pitch" module is intended for connecting several more modules (if such tasks arise).

It can also be used for docking of traditional domestic ships such as Progress, Soyuz and others, "Moiseev said.

"Sharik" on the ISS

"Berth" is a spherical sealed compartment.

On the outer surface of the “Prichal” hull, there are pipelines and valve blocks for refueling transit lines.

There are special handrails to secure the astronaut (operator) on the nodal module.

The hull, all cables, pipelines and assemblies at the Pryhal are covered with sheets of micrometeoroid protection.

The internal volume of the spherical body of the module is divided by interior panels into two zones - instrumental and inhabited - for the operator.

False panels are mounted in places inside the "Prichal", not covered by the interior, which can be replaced if necessary.

“To ensure the functioning of the“ Prichal ”nodal module as part of the Progress M-UM transport cargo vehicle-module, on its outer surface, on the side of the active docking unit, a docking monitoring camera and a transmitting antenna of the Klest system, antennas of the Kurs- NA ", - explained in the materials of" Roskosmos ".

The launch weight of the Prichal is 4.65 tons, the diameter of the spherical hull is 3.3 m, the cargo capacity is 700 kg, the number of docking units is 6, and the service life is 10 years.

After docking with the ISS, the Prichal will be deactivated, which implies the transfer of cargo delivered to the station and the integration of electronic systems with the Nauka module.

Then, as reported on the Roskosmos website, the instrument-assembly compartment of the spacecraft will be separated and the ISS crew will go out into outer space to install antennas and targets on the outer surface of the Berth, “necessary for docking the Soyuz MS and Progress of MS ".

Up to five objects can be docked to the Prichal, not counting the ISS.

Soyuz MS will be the first ship to be received by Pryhal.

“This module is a new trend in the development of manned stations.

This is a node to which objects can dock and (thus -

) the station can develop.

And it provides mutual communication with all modules, both digital and hydraulic, ”explained Abdulkhalikov.

Earlier, Dmitry Rogozin, the general director of Roscosmos, said that among the industry specialists, Prichal received the affectionate nickname "ball".

According to the general director of the state corporation, the commissioning of the nodal module will "expand the possibilities of docking with the station of Russian ships, including the new" lunar "spacecraft" Oryol ".

The device that Rogozin mentioned is designed to deliver people and cargo to orbital stations in near-earth orbit and is one of the key elements in the implementation of the Russian lunar exploration program.

Prichal is the last module that Russia will add to its segment of the International Space Station.

In accordance with the current agreements, the ISS should complete its work in 2024.

True, at the end of September, at a meeting on the development of the space industry, Russian President Vladimir Putin admitted that the station's service life could be extended.

Nevertheless, the head of state urged industry leaders "to look beyond the horizon of the current decade, given the new challenges in deep space exploration."

“Our specialists are already working on the idea of ​​creating a Russian service orbital station,” Putin recalled.

The first module of the new Russian Orbital Service Station (ROSS) is due to be manufactured in 2025.

The implementation of this project is entrusted to the RSC Energia team.

In August, the company's YouTube channel reported that the emergence of the national station could be called "the next stage in Russia's space activities."

It is expected that ROSS will be able to operate without a permanent crew - the cosmonauts will work on a “rotational basis”.

The station will become a "port for small spacecraft".

It will be made in the form of a base complex (core) around which autonomous modules rotate and dock to it for maintenance.

“ROSS is a creatively rethought and technically more perfect return to the idea of ​​the Mir-2 station.

Placement of "Mira-2" was also assumed at high latitudes of the planet.

This would make it possible to fully observe the territory of our country and regions of the Arctic that are especially interesting from an economic point of view, ”RSC Energia explained.

As Rustam Abdulkhalikov told reporters, the technical potential of the Prichal makes it possible to create a new orbital station on its basis.

At the same time, he noted that the final decision on the appearance of ROSS has not yet been made - a preliminary design for it will be ready in 2022.

At the moment, until the commissioning of the national station, Moscow will not reduce the program of experiments on the ISS.

According to Nathan Eismont, the ROSS will most likely be formed on the basis of the most advanced modules of the Russian segment of the ISS.

“Of course, ROSS can be created from scratch, but this is very costly and, in my opinion, unreasonable, given the technological heritage that Russia possesses on the ISS.

I think and (you can see from the latest statements from officials) that the evolutionary approach will win.

It implies that the Russian segment of the ISS will be rid of obsolete elements and will be replenished with new modules, ”says Eismont.

The expert hopes that the ROSS crew will continue to build up Russia's competencies in the field of biomedical technologies and will more intensively engage in fundamental scientific research, including in astrophysics.

“The work of the Russian segment of the ISS and the project of the national orbital station are subordinated to one super task - preparation for expeditions to other planets.

To do this, in orbit, it is required to work out a lot of new technologies.

In this regard, ROSS will continue the mission of the Russian segment of the ISS, ”Eismont emphasized.