Husband collapsed after saving his wife... "Police see bloody and go round and round"

Let's look at the case where a family member was seriously injured at the end of a noise conflict between floors. At that time, while criticism poured in for the police to leave the scene without subduing the criminal, one person who watched the incident for over an hour that day gave us a detailed account of the situation at the time. 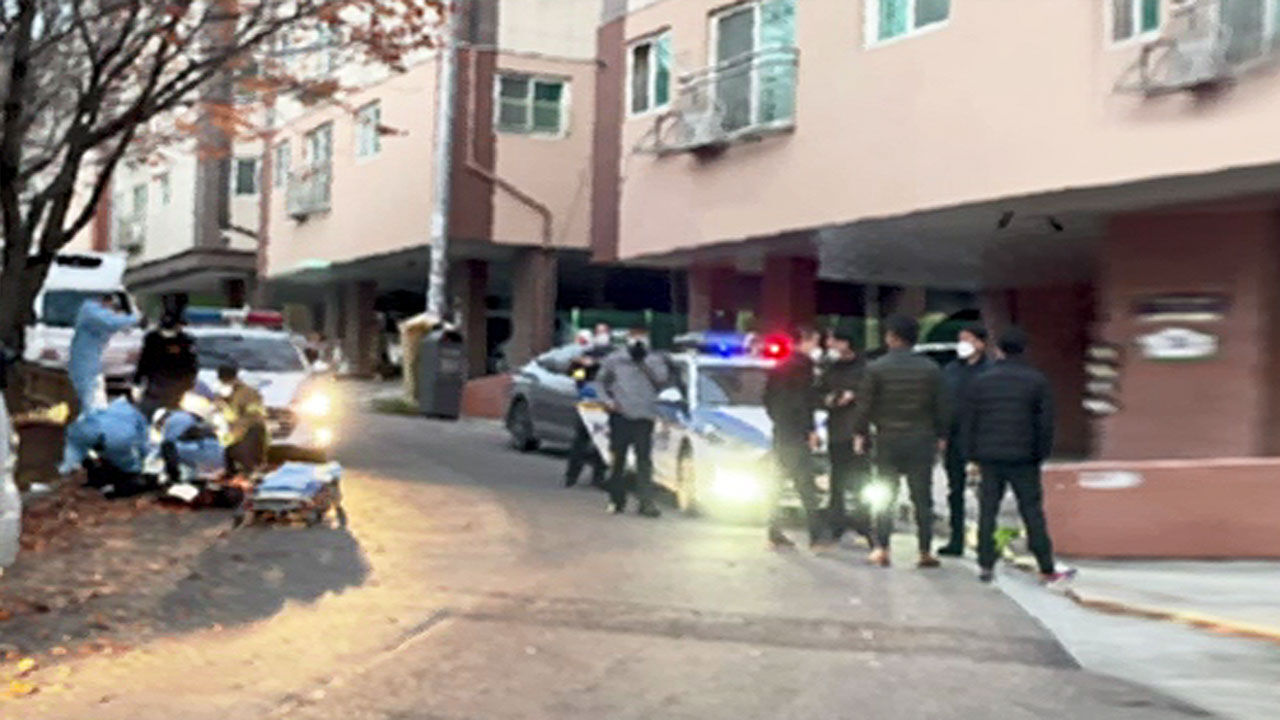 Let's take a look at the case in which a family member was seriously injured after a noise conflict between floors. At that time, while criticism poured in for the police to leave the scene without subduing the criminal, one person who watched the incident for over an hour that day gave us a detailed account of the situation at the time.

The contents were compiled by reporter Jeong Ban-seok.

This is a villa in Incheon where a knife riot took place around 5:30 pm on the 15th.

A man who collapsed in front of a building is receiving first aid.

This photo was taken by a citizen who watched the situation for over an hour immediately after the incident.

[Mr A / Witness: His body was covered in blood. He was holding his wrist, and as he staggered out, he bumped into the bonnet of a police car and

to the floor at the same time.] The

man who fell was the husband of the woman who was stabbed by a knife wielded by a man upstairs.

While talking with the dispatched police in front of the villa, when a crime took place inside the villa, he ran inside and had a hand-to-hand battle with the assailant, and he fell with injuries throughout his body.

[Mr B / Victim's husband: I didn't even know the ambulance came, because I was exhausted. The ligaments of the wrist were torn, the cheekbones of the face were torn, and seven stitches were sewn, the ears were sewn with seven stitches, and a knife was put on the thigh... .] The

victim's condition seemed very serious, and the perpetrator said that he was sitting calmly in a police car.

[Mr A / Witness: The police seem to have no idea what to do in a situation where (the victim's) blood was spurting out, and wobbly...

voices criticizing the police's poor response have not subsided.

More than 200,000 people agreed to a petition from the public to severely punish the police, and President Moon Jae-in rebuked the police, saying, "The impossible has happened" and "reinforce education and training and improve the system."

Commissioner Kim Chang-ryong of the National Police Agency apologized again yesterday (21st) and said that he would come up with comprehensive measures.