Five half-breasted bears have escaped from a bear breeding farm in Yongin, Gyeonggi-do, and two have not yet been found. Reporter Kim Sang-min reports that the farm had a bear escape riot a few months ago. 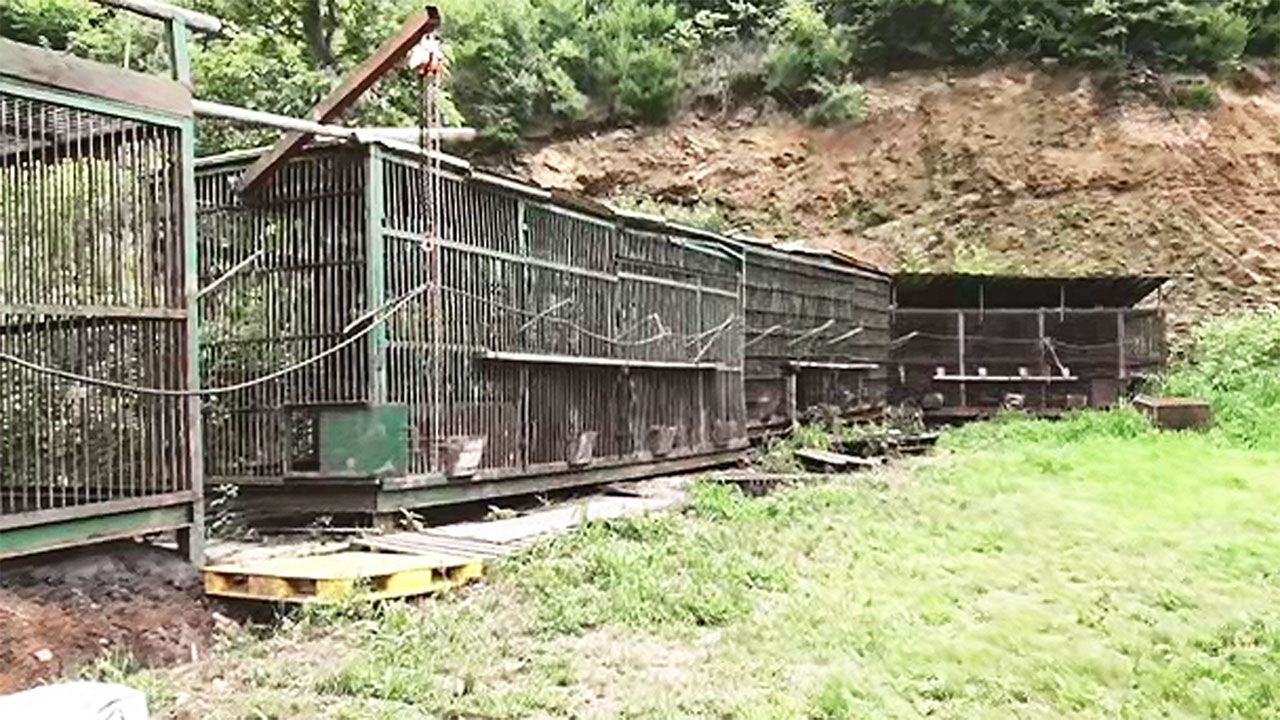 Five half-breasted bears escaped from a bear farm in Yongin, Gyeonggi-do, and two of them have not yet been found.

Reporter Kim Sang-min reports that it is a farm where a bear escape riot took place a few months ago.

is a bear breeding farm in Yongin, Gyeonggi-do, where 16 black-breasted bears were staying.

The cage door was open.

Immediately after receiving the report, they lured them with food and caught two of them alive, and one was killed in a nearby forest.

[Hangang Basin Environment Agency official: (At first) I shot an anesthetic gun, and even though I was hit with two shots, they ran wild. In the end, it was impossible (killed)] The

other two have yet to be found.

This farm was also the place where the black bear escape riot took place in July.

One was killed right after the farmer in his 70s reported that the two had escaped, but a large-scale search operation to find the other one continued for 20 days.

In the end, the farmer was arrested a month ago when it turned out to be a false report that tried to hide the fact that the bear was illegally slaughtered.

In order to manage the farm without an owner, the Environment Agency entrusted the operation to the Wildlife Management Association, but the escape riot broke out again.

[Kim Min-jung/Nearby residents: I can say anything about worry.

What do you know where the bear will come out?] The

police said that they looked at CCTV footage from yesterday morning until the time of receiving the report, but found no sign of damage to the locking device, let alone anyone entering or leaving, during the day.

The Environment Agency has entrusted the wildlife management association with food supply and facility management, but there seems to be a possibility that management or supervision was not done properly.

[Police official: They said they would go every day and feed them, but there seems to be confusion between their members, 'you go' and 'you go'.

I said that there was confusion.] The

Environment Agency said that after capturing the remaining two bears, they would investigate the circumstances of the escape and whether the farm was poorly managed.