&nbsp;Acer has announced an expansion of its Predator line of gaming PCs with the new Predator Orion 7000 series of desktop computers, featuring powerful performance and a stunning design, as well as two smart 4K gaming monitors. The gaming experience is enhanced by the Predator gaming table that comes 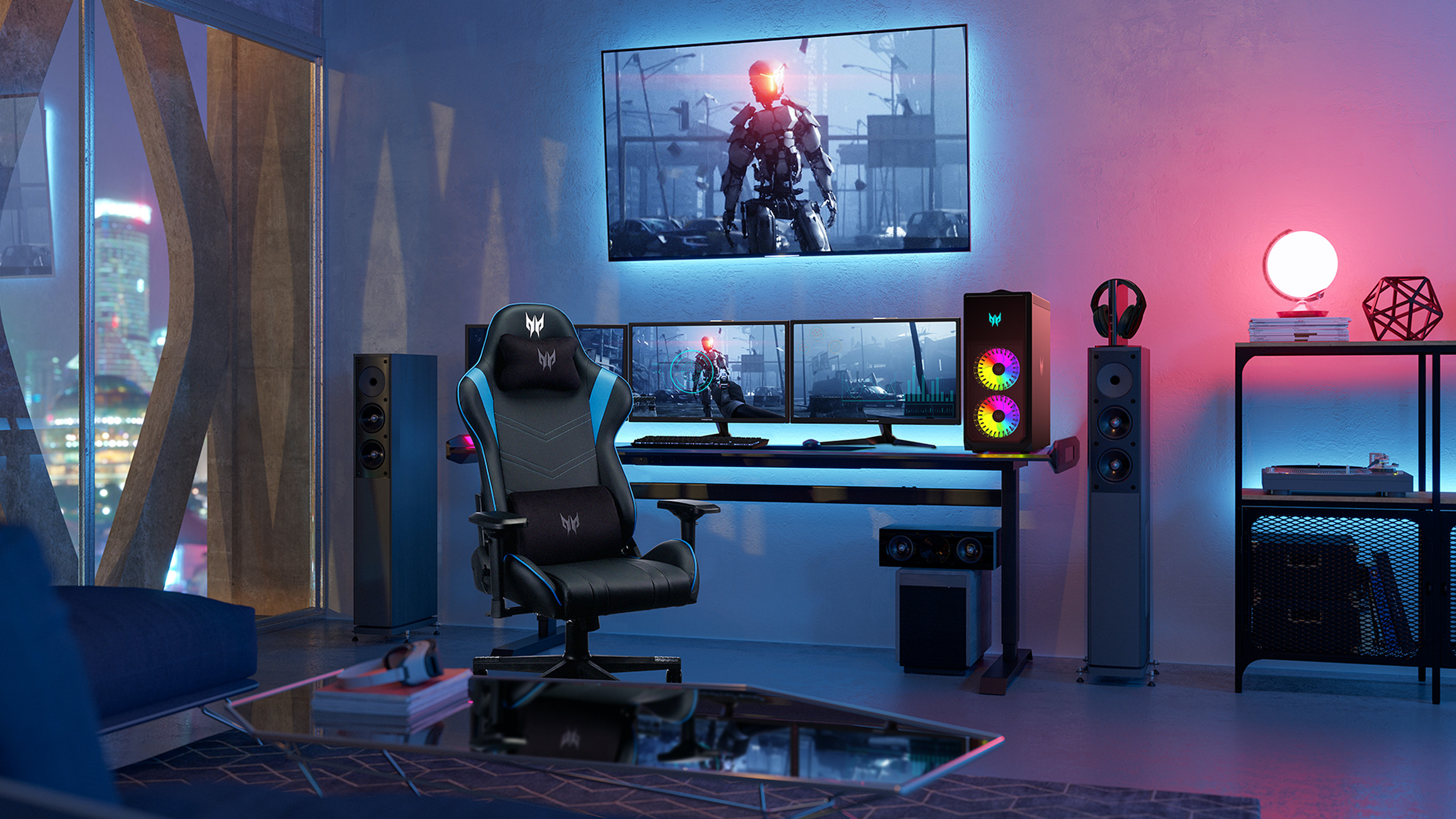 Acer has announced an expansion of its Predator line of gaming PCs with the new Predator Orion 7000 series of desktop computers, featuring powerful performance and a stunning design, as well as two smart 4K gaming monitors. Enhanced gaming experience is the Predator gaming table that comes with two practical top options and a convenient shelf for storage.

“The Predator Orion 7000 Series desktops are powerful and premium platforms for serious gamers who want incredible performance even in the most powerful gaming consoles,” said Jeff Lee, General Manager of Desktops, IT Products at Acer. To be among the first companies to introduce the 12th generation Intel Core CPUs into our product portfolio.”

He added, "The hybrid infrastructure of these processors supports the best levels of performance, as it combines two completely new computer cores to deliver superior performance that lives up to the expectations of professional gamers, including high frame rates and multitasking."

The powerful new Predator Orion 7000 series gaming desktop PC (PO7-640) provides users with everything they need to enjoy the latest generation of gaming and beyond. Designed for the hardcore gamer, these new upgradeable desktops come with the latest overclockable 12th Gen Intel® Core™ processors, up to NVIDIA GeForce RTX™ 3090 graphics and up to 64GB of DDR5 RAM -4000.

The stunning EMI-compliant body features clear tempered glass side panels through which two 140mm Predator FrostBlade™ 2.0 front fans can be seen and a third 120mm Predator FrostBlade™ 2.0 rear fan that can be illuminated using a dazzling array of ARGB colours. The top of the Orion 7000 case features a slot that allows users to replace the 120mm fan with a larger 240mm fan, and built-in PredatorSense software allows gamers to control ARBG lighting, fan speed and frequency. The striking design and bright lighting complement the Predator logo in bright teal on the front of the case and the distinctive start button on the top of the case.

In addition to these eye-catching aesthetics, the computer features exceptional heat-handling systems, with three Predator FrostBlade™ 2.0 fans as well as AIO liquid cooling for the CPU and advanced airflow control to effectively cool hardware components. The slim, curved blades of the FrostBlade fan are designed to increase smooth airflow without causing any turbulence for quick heat dissipation. In addition, fully sealed, corrosion-resistant fan mounts allow any liquid to escape or ingress of dust to maintain computer performance and extend its life.

The device features ample storage space and includes a hot-swappable 2.5-inch USB 3.2 Gen2 Type-C hard drive slot, two M.2 PCIe 4.0 NVIMe SSD hard drives of up to 1TB each, and two SATA3 HDDs with a capacity of up to 1TB each. Their space is up to 3 terabytes.

The Predator GD711 is a 4K LED smart gaming projector that is compatible with PC game systems and other electronic game consoles. The projector also features a built-in app market that provides users with access to a variety of streaming services. The Predator GD711 also features a wide color gamut of up to 125% of the Rec color space. 709, covering most of the color space inside the color gamut as well as a large area outside it, offering gamers amazing levels of color saturation. The device has an image brightness of 4000 lumens, high dynamic contrast and HDR10 resolution, ensuring that the content looks great.

The projector includes several modes of use that users can switch between them at will. Standard mode provides 4K resolution (3840 x 2160) for enjoying movies and videos in fine detail, while two game modes, one for bright scenes and one for dark scenes, allow users to choose frame settings that improve the aesthetics of the game they are playing. The device displays images with a refresh rate of 1080p@120 Hz for gaming consoles and an ultra-fast 1080p@240 Hz refresh rate of gaming PCs, providing smooth performance even in the busiest scenes. Moreover, the device works on the display with a sound level of 23 dB when operating in eco mode, which keeps gamers focused while playing.

The Predator GD711 has a projection rate of 1.22, which means that it supports a wide range of projection sizes.

Acer recommends using a 100-inch screen with a height of only 2.7 meters.

The device comes with a 10-watt speaker, a remote control coated with an antimicrobial coating on its surface and buttons.

The excellent airflow dissipates heat, helping to extend the life of the device up to 30,000 hours.

Connectivity options include two HDMI 2.0 ports for computers and gaming consoles, an audio out for an additional speaker, three USB type-A ports, one for a wireless hidden dongle for the projector, one for connecting wireless accessories, and a third 5V DC, allowing users to update firmware. for the device.

For users who prefer lamp-powered projectors, the Predator GM712 is available with 4K resolution and 3600 lumens of brightness.

Players can choose from two different types of tabletops, one covered in elegant, easy-to-clean carbon fiber and the other covered in the special Predator mousepad design.

The table includes a headphone holder to save space, a cup holder to prevent spills and a wire organizer slot on each side of the table.

The table is characterized by its durability, as it can bear a weight of up to 120 kg.

The Predator GD711 will be available in Europe, Middle East and Africa in December, with a starting price of €1,499.

The Predator Gaming Desk (PGD110) will be available in Europe, Middle East and Africa during the month of December, with a starting price of €229.

For more information about availability, product specifications and prices in specific markets, please contact the Acer office nearest to you through the website www.acer.ae.