The best Russian salad in Madrid is eaten in a hospital

The best Russian salad in Madrid is eaten at the Clínica Universidad de Navarra and is made by the cook Xandra Luque, who has won the competition dedicated to this preparation ... 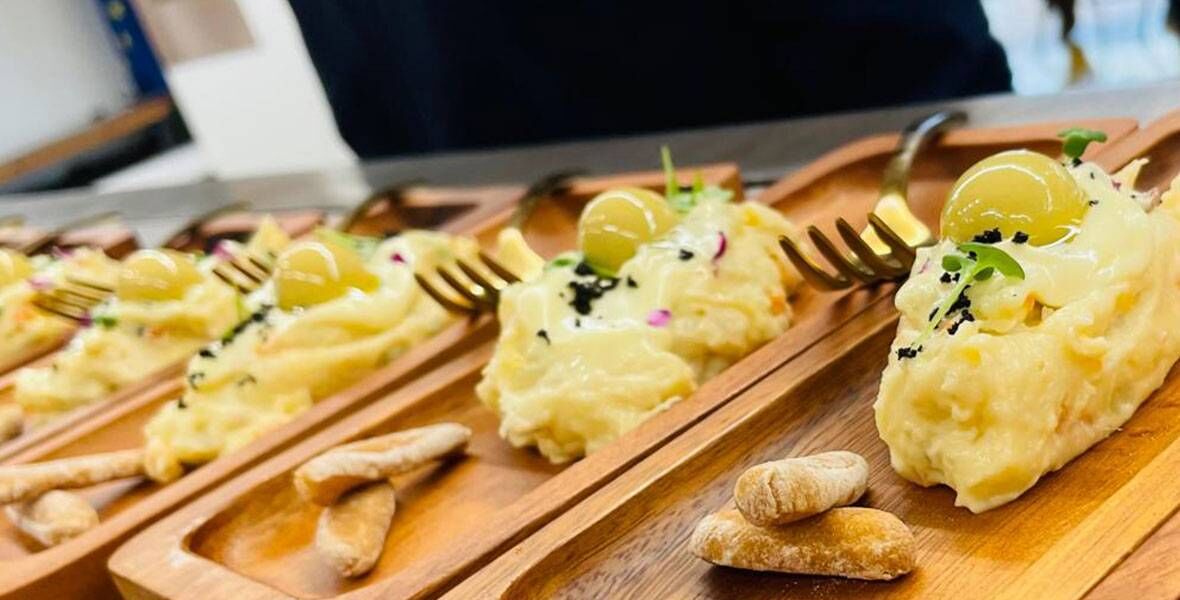 in Madrid is eaten at the

and is made by the cook

, who has won the competition dedicated to this preparation organized by the

Association of Cooks and

The contest, to which more than 25 participants have participated, has left the brothers

(Catering Seis Texturas) in third place, as reported by the Association in a statement.

over a very low heat, a

" said the winner of the contest about her successful recipe, adding that

they will soon make shipments

so that everyone can taste their salad.

It is the same that is eaten at the

, he assured, although for the contest he has added spherification.

has said that for his salad they make a Japanese mayonnaise with rice vinegar, a nice cured with salt, sugar and citrus fruits and to finish a fried Japanese shrimp that "provides crunchy and a touch of salt".

The secret of the

, according to Mauro Pérez "are the homemade pickles of gherkin and carrot, which give a sour touch, and the grated potato".

Among the participants of the contest are

, from Poncelet, among others.

Only 13 of the 25 presented complied with the bases of the contest dedicated to this dish that celebrates its World Day on November 14: include at least two products, from among the mandatory ingredients, with the M for Certified Product that guarantees the quality of the

The jury has been formed, among others, by the president of the Federation of Cooks and Confectioners of Spain and owner of El Qüenco de Pepa, Pepa Muñoz;

Rita Sánchez, the ambassador of Mexican cuisine who brought chili peppers in her suitcase, returns to the Madrid kitchen

The coffee boom heats up autumn: these are the best coffee shops in Madrid