In early September Facebook and Ray-Ban announced a pair of sunglasses with an integrated camera, the Ray-Ban Stories. I've been using them for the last month and this is the ... 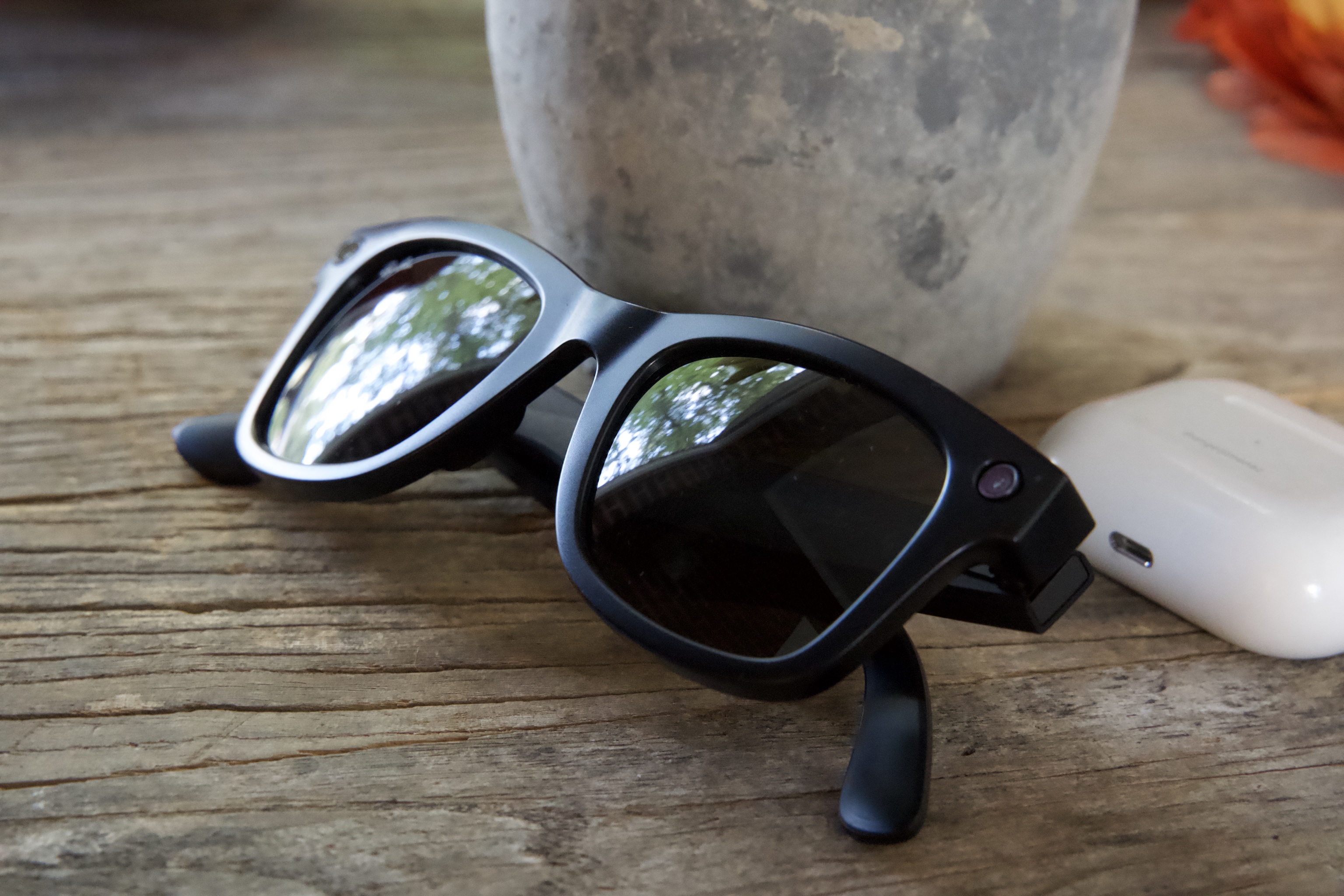 In early September Facebook and Ray-Ban announced a pair of sunglasses with an integrated camera, the Ray-Ban Stories.

I have been using them for the last month and this is the main problem: when I use them, no one notices that they are being recorded.

The glasses have a philosophy similar to the Spectacles of Snapchat.

At first glance they are conventional sunglasses but at the top, at the ends of the lenses, there are two cameras.

The model I have tried is inspired by the well-known Ray-Ban Wayfarer.

They are a little thicker than a conventional Ray-Ban Wayfarer but nothing that will be noticed with the naked eye.

The temples are larger because they include speakers (and batteries), but overall, it's a classic design that looks good.

And, yes, they can be purchased with graduated lenses.

The glasses can record small videos or take photos. Facebook uses the two cameras to offer some 3D filters in photos but the video is always 2D. The Ray-Ban Stories are connected to the smartphone to download the videos that, as you might expect, are mainly designed to share quickly on social networks, specifically those of Facebook (you need to have a Facebook account to use them). The app to do it is quite basic, but it does the job.

To record video, just press a button on the top of the pin.

A long press takes a photo.

The quality is ... acceptable.

Far from what a phone offers today but enough to upload a video to Instagram.

Videos are recorded with a resolution of 1,184 × 1,184 pixels, which gives a lot of flexibility when cutting them horizontally or vertically.

One detail to keep in mind is that if you have long hair, it is likely that it will slip into the scenes on a windy day if you don't have it up.

At night the video quality suffers, but as I said before, to use in social networks, it is enough.

The speakers on the pin are not very powerful and outdoors they are not loud enough for a song or a podcast to be heard well, especially in very noisy environments.

But if the stars line up and there is not much traffic, it is possible to answer a call or listen to something.

Of course, the people around you will also be able to hear it.

Beyond that, there is no other built-in function and the glasses cannot be used to invoke the smartphone's virtual assistant (Siri or Google Assistant)

Perhaps the most shocking thing about these glasses is that their understated design makes it hard to tell when they're shooting.

There is a small white LED in the right corner of the glasses that lights up when recording video, but in the daytime it is practically impossible to see it, especially at a distance of one or two meters.

The cameras can be seen if the light is on them, but you have to look closely and most people will mistake them for an ornament or simply not realize they are there.

Again, this is perhaps the main problem with an otherwise well-executed idea.

The designs of Snapchat Spectacles always make the cameras stand out more but here it seems that they have tried to hide them as much as possible without reaching the level of a hidden camera.

The Ray-Ban Stories battery is large enough to carry all day for occasional use, about two to three hours of recording or playback in total.

The glasses case is also the charger, adding some extra battery when stored in it.

You can recharge them up to twice without having to plug the case into your computer or power (it charges via USB-C).

Overall, as smart glasses, they are better than Snapchat Spectacles in design and more useful than other smart glasses that focus only on audio.

The videos are of sufficient quality for Instagram or Facebook, especially if it is a good day and there is a lot of light.

But for most users, the mobile is not only more versatile, but it is also more evident and minimizes the privacy problems that this alternative poses.

The Ray-Ban Stories are already available in several European countries, although not officially in Spain at the moment.

The basic model, without graduated lenses, sells for 329 euros in Italy, for example, and there are three different designs to choose from, each with various colors.