The scourge of harassment of minors on Instagram: "My 14-year-old daughter has received 60 photos of penises in one day"

&amp; quot; Fake profiles are made to send you a photo of their parts, in one day my daughter had more than 60 notifications of this type of content on her profile of ... 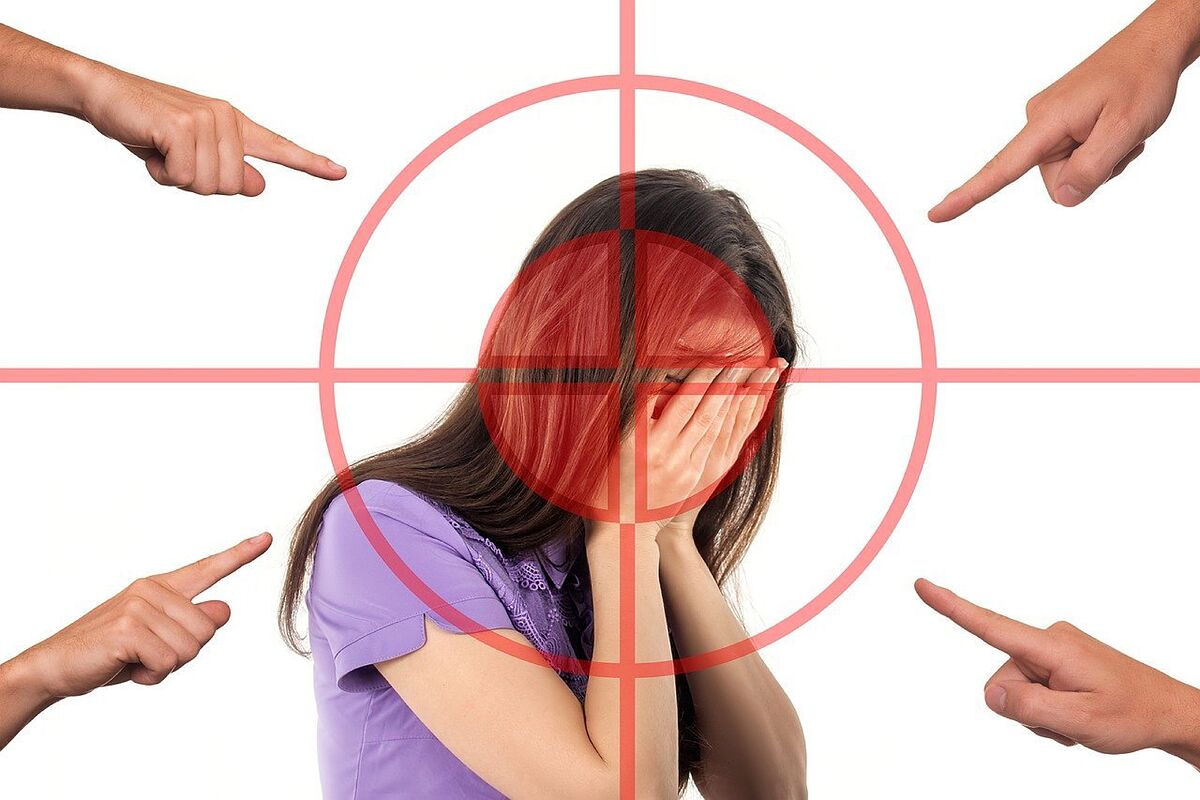 "Fake profiles are made to

send a photo of their parts, in one day my daughter had more than 60 notifications of this type of content on her Instagram profile,

" explains a mother who prefers not to give her name or that of her daughter who is currently in the third year of ESO in a center in the city of Alcorcón, Madrid. He tells how from the age of 2, his daughter had begun to be increasingly shy and withdrawn, but the pandemic aggravated her symptoms.

"We believed that, since there were no face-to-face classes, she would be calmer because we imagined that she had some problem with her classmates, but since it was all online,

" says this mother who confirms that since The center is trying to alleviate the problem through talks and workshops on the use of social networks.

This Thursday is the International Day against Violence and School Harassment, including Cyberbullying, a type of abuse that in our country has already had a tragic end for some victims, such as the case of Diego González, who in 2015, with 11 years of took his life; or that of Kira, a 15-year-old teenager from Barcelona, ​​who on May 19

Despite awareness campaigns and the efforts of different schools and teachers, the figures only confirm that

bullying has not only not disappeared, but has also changed form

Today's adolescents have a different conception of leisure, their customs and their way of relating to each other are different.

They are digital natives and the expression of being born with a loaf of bread is no longer applicable, now they come with a built-in mobile and through it they can experience the worst face of their classmates.

The mobile at an early age

This is confirmed by David, a teacher at a center in Leganés who teaches first year of ESO. "Most have a cucumber of mobile, Instagram and TikTok too early," he underlines during the students' break. "With 11 and 13 years, which is the age with which I coincide, they

bring their mobile to the center,

although we insist that they do not. At this age some still do not have networks, but after 13, everyone is connected and uploading content ", he adds while detailing how at that very moment they have called the attention of a group of students who were recording themselves dancing in the corridors.

David has been teaching the same age group for a few years now, he is not one of the veterans, but in his almost ten years of teaching experience he has seen the impact of technology on his students.

"I see that they do not sleep because they

, who are thrown hints of whether they like each other or not. In addition, the teachers notice a great lack of concentration due to the constant notifications," says the teacher.

He agrees with the mother with whom we began these lines that the pandemic has aggravated cases of cyberbullying among minors. Some of these behaviors not only occur on social networks, incidents have also occurred during virtual classes. "During the quarantine, when class sessions are open and you did not enter with administrator privileges,

[expelled] another kid all the time outside the session,

" explains David, something that he himself experienced for several years. their classes.

It has also witnessed one of the forms of cyberbullying that has emerged with the return of classes,

"Cyberbullying at these ages occurs mainly through Instagram, and as stories last 24 hours, there is no evidence and

sometimes the victims do not even see it when they are recorded,

He points out that the victims are usually the same as those of other types of harassment, minors take the opportunity to incite them to fight or simply be the object of attacks that they record and upload them to the Internet.

In the two thousand,

revolutionized television by showing a group of reckless young people who performed all kinds of extreme activities, which ended in more or less serious self-harm. Thousands of young people tried to imitate them to upload their videos to YouTube and, hopefully, also become famous. Some of them had a tragic end and others

, as was the case with some of the original members of

, which became so well known as to be uttered by one of Marvel's Guardians of the Galaxy, Rocket, in his second film. The term was popularized by a youtuber who recorded videos rebuking strangers on the street, who after calling one of his 'victims' that,

she hit him in the face

, which catapulted him to fame.

In this way, the young people

It is not uncommon to see

on the Twitch platform

who, after making a ruckus late at night, also decide to go berate their neighbors.

A trend that minors imitate after consuming hours of content of this type through their mobile phone.

From cyberbullying to grooming

When cyberbullying occurs online and in profiles that are public on the Internet, minors who are the victims of comments in which they are insulted because of their physical appearance or for any other reason can become a target for adults with very bad intentions. This is what Patricia's family lived, from a town in Valladolid, she is already of legal age, but according to her parents, she is still in treatment because she

continues to have problems relating to relationships and even self-harm

It all started when she was 16 years old and her classmates began to systematically insult her on their social networks.

"Ugly, stick bug, you are flat as a board"

, are some of the comments left by his colleagues, who did not even bother to hide their identity. This somehow caught the attention of an adult living in Madrid, who contacted Patricia promising to turn her into a runway model in the capital.

The features that seemed to bother his peers, his height and thinness, became his strengths when he spoke to this supposed model discoverer. According to her parents,

Patricia escaped to the capital by lying to her parents

, saying that she would stay with a friend in Valladolid for the weekend. They were suspicious when Patricia returned home on Sunday and did not speak to them or even look at their faces.

At first they attributed it to adolescence, an age classified as difficult and of change for minors, but in the end he confessed his adventure.

The alleged discoverer had tried to abuse her and also

by telling everyone if she told anyone.

According to the parents, the case was settled in a trial in Madrid in which they discovered that he had used the same strategy with more young people of 16 and 17 years, "although Patricia never returned to be who she was," they lament.

The unprecedented success of video games such as Fortnite or Minecraft only confirms a trend that parents and teachers know well, children of today prefer to play multiplayer video games than to play alone.

For example, during confinement, Among Us was one of the most played titles, especially among minors.

Its operation is very simple, some act as good and others as bad, who have to sabotage a spaceship in order to eliminate rival players from the game.

The game has an internal chat that allows players to debate who they suspect is the bad player, to vote and kick him off the ship.

By having a mobile version, many minors played with classmates in order to interact during confinement, beyond digital classes.

Some teachers even recommended this game for their students to practice other languages, such as English, among themselves.

Trying to make them learn in a playful way.

The problem came when, through the game, minor bullies made life impossible for their victims by using the chat to insult and harass them, something that truncated the educational purpose of the teachers.

The best way to prevent cyberbullying is education and some of the tools provided by the same technology, such as parental control.

It is also essential to rely on the educational community, warning from the slightest suspicion and actively participating in talks or workshops on the use of the Internet and social networks.