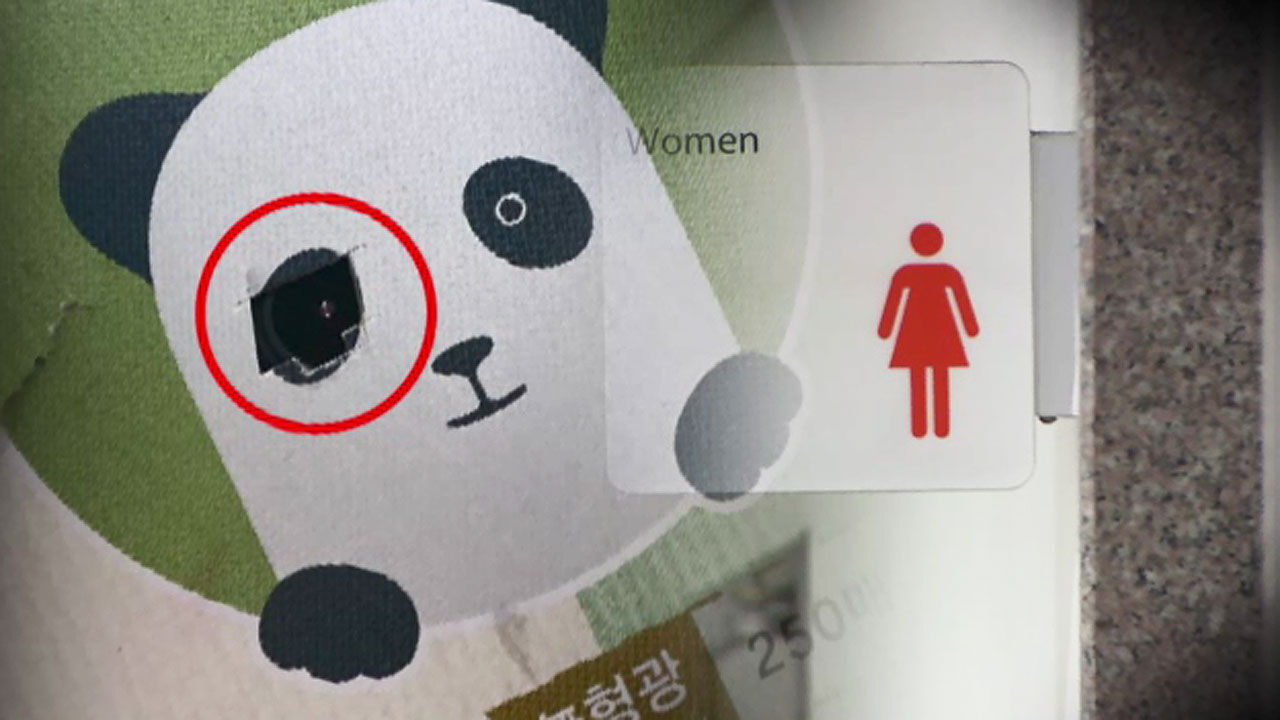 An elementary school principal was arrested by the police for installing an illegal camera in the female teacher's bathroom.

This is a tissue box found in the bathroom of a female teacher at an elementary school in Anyang, Gyeonggi-do.

A miniature camera is installed in one eye of a panda painting.

The person who installed this camera was Mr. A, a 50-year-old male school principal.

Mr. A was arrested yesterday (28th) by the police on charges of illegally filming a part of the body by installing a miniature camera purchased on the Internet directly in the female teacher's bathroom.

Principal A also tried to interfere with the report of a teacher who found a hidden camera in the bathroom.

Person A is said to have disallowed the report, saying, "When the investigation begins, everyone is on the line of suspicion.

He also insisted that "the principal is not supposed to report the victim directly," but the education office guidelines state that "If you find an illegally filmed camera, report it to the police without delay."

The police raided the principal's office and the home of Mr. A and found illegal filming on his cell phone.

[Hong Jung-yoon / Secretary General of Gyeonggi Teachers' Union: It seems that he did not think that he would be the principal of the school. 'Have the photos been leaked outside?' You seem to have a lot of those concerns. It's not a bathroom visited by one or two teachers.]

As a result of the police investigation, it was revealed that Mr. A installed illegal cameras not only in the female teacher's bathroom, but also in the teachers' office and the principal's office.

Person A is known to have stated to the police, "I installed the camera in the bathroom and the principal's office to test whether the purchased camera works well or not to forget the contents of the meeting."

The police plan to conduct a digital forensic on Mr. A's cell phone and apply for an arrest warrant.