A vehicle that broke through the railing and hit the sidewalk... 'License revocation level' drunk driving

This morning in Daejeon, a vehicle broke through the railing and rushed into the sidewalk. The driver was intoxicated at the level of revocation of his license, but fortunately no one was injured. Reporter Choi Seon-gil will deliver the news of incidents and accidents overnight. 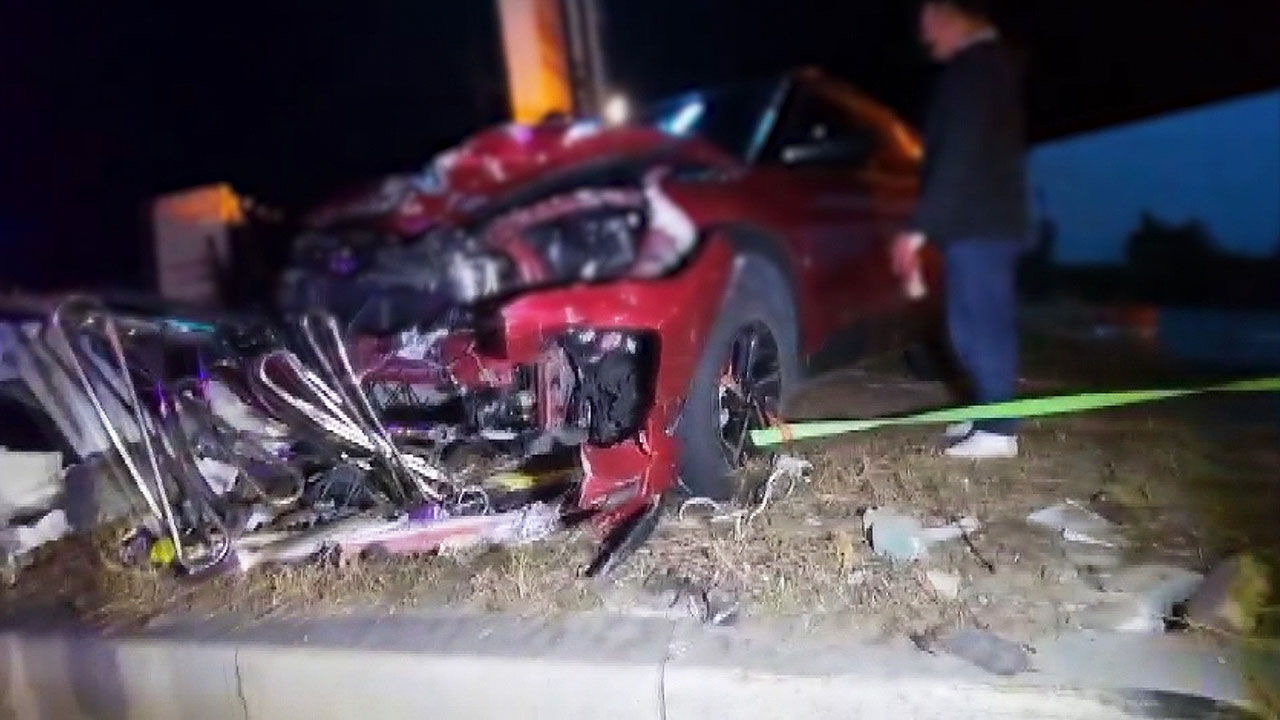 Today (29th) dawn in Daejeon, a vehicle broke through the railing and rushed to the sidewalk. The driver was intoxicated at the level of revocation of his license, but fortunately there were no casualties.

Reporter Choi Seon-gil will deliver the news of incidents and accidents overnight.

railing of the road is bent and the vehicle is overturned.

At around 0 am this morning, on a road in Yuseong-gu, Daejeon, a vehicle driven by a man in his 30s hit the sidewalk.

The impact was so great that the front part of the vehicle was severely damaged, but fortunately no one was crossing the road, so no one was injured.

As a result of the police check, the driver was intoxicated with a blood alcohol concentration of 0.08% or higher, which is the level of license revocation.

The police will call the driver again today to investigate the exact cause of the accident.

Red flames shoot out over the truck.

Around 2 am today, a 25-ton truck driven by a man in his 40s collided with a guard rail near the Dongtan Junction in the direction of Seoul on the Gyeongbu Expressway.

[Witness: When a large dump truck in front collided with a guard rail on the right and staggered, it started moving gently. Behind the scenes.]

Police believe the man was driving while drowsy and caused the accident.

Last night around 7pm, a fire broke out at a restaurant in Ingye-dong, Suwon-si, Gyeonggi-do.

About 20 people, including customers and employees, were evacuated, and the restaurant's ventilation facilities were damaged, causing property damage of 26 million won.

Fire officials believe the fire started from the ceiling of the restaurant and are investigating the exact cause of the fire.