This time, we tell the story of a Yemeni young man who came to Korea after leaving his homeland in the midst of a civil war. A young man who wanted to make Korea his second hometown, could not endure discrimination and coldness and left for another country after 4 years. 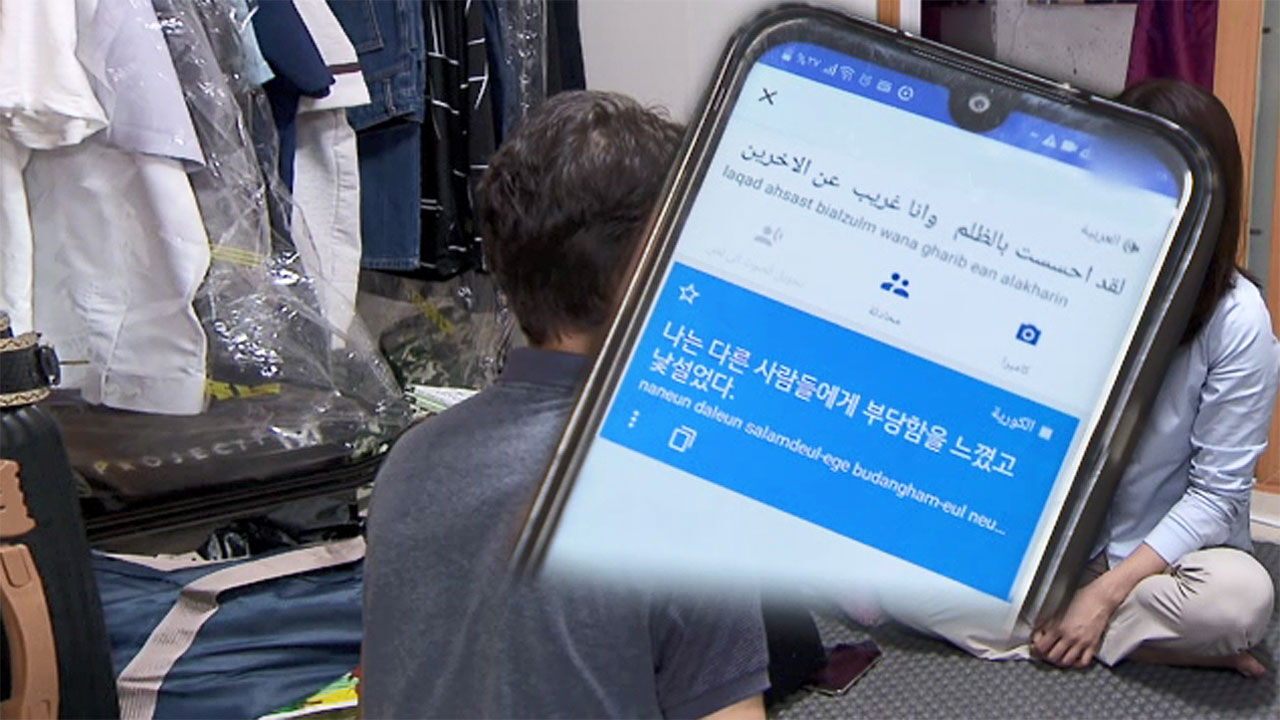 This time, we tell the story of a Yemeni young man who came to Korea after leaving his homeland in the midst of a civil war. A young man who wanted to make Korea his second hometown, could not endure discrimination and coldness and left for another country after 4 years.

Reporter Jeong-eun Shin covered Mohammed's story to see if there is anything our society needs to reflect on.

I asked the reason, but

[Colleague A: (Why are you saying bad things to me now?) That's why you shouldn't be seen, XX.]

Slang and profanity are basic.

A sharp point that pierces the eyes is back.

I tried asking for help, but to no avail.

[Colleague B: No reason. If you're going to make a living, just work hard here.]

Mohammed is from Yemen, suffering from the worst civil war.

In 2017, 19-year-old Mohammed escaped shortly before being drafted into a child soldier.

Two friends, like brothers, who were taken to the battlefield, now live or die.

After arriving in Korea, I barely obtained the status of a 'humanitarian sojourner'.

A 'humane sojourner' is a foreigner who has been granted sojourn status because it is recognized that life and freedom may be infringed through inhumane treatment such as torture.

If you get a work permit, you can work.

He learned Hangul and changed his name to 'Kim Hangul'.

But the discrimination was persistent and persistent.

[Kim Hangul/Mohammed (pseudonym): (a coworker) 'Why don't you eat pork? If you don't eat pork, go home.'] When

you quit your job after not being able to withstand the insult, finding your next job was 'picking stars in the sky'.

Every time I change my job, I have to get a permit from the immigration office, which is difficult from the beginning of the reservation.

[The person in charge of the Immigration Office of the Ministry of Justice: Because of the Corona virus, we have reduced the number of existing reservations so that it would have been quite uncomfortable if they were unable to make a reservation. .] It

takes about two weeks for the screening process, and jobs are often lost during that time.

[Kim Young-ah / CEO of 'Migration for Peace in Asia': A lot of contracts are broken even after they are written. Re-pay the application fee 120,000 won out you have to wait a couple of weeks back one month salary value disappears again.]

'Life' and 'peace', because memories of the cold war, Mr. Kim HangulI lived with the word in my heart.

[Kim Hangul/Mohammed (pseudonym): I am Peace.

I want to live in peace without making any problems.

However, after experiencing endless discrimination and coldness, it is said that he began to think about “death”.

After one month of interview with SBS, Kim Han-geul returned to the name of Mohammed and left Korea in search of a place with less discrimination.