It was captured vividly at the time of the launch of the Nuri... Mounted camera video released

A new video was released at the time of the launch, which was taken by a camera attached to the Nuri, which was launched last week. The first and second stage rockets, fairings, and satellites are well separated, and all procedures except for the third stage rocket are vividly recorded. 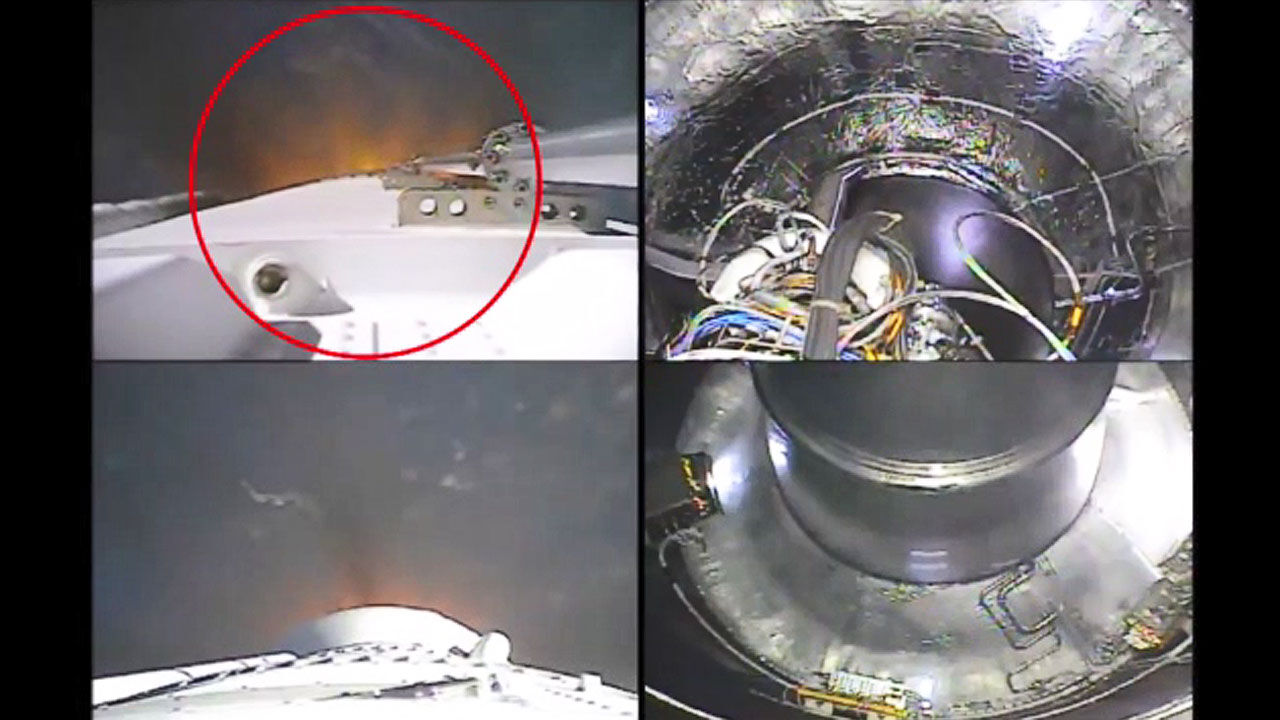 newly released video of the launch was taken by the camera attached to the Nuri, which was launched last week. The first and second stage rockets, fairings, and satellites are well separated, and all procedures except for the third stage rocket are vividly recorded.

This is reporter Jung Gu-hee.

soars into the sky.

This is a video taken by the camera mounted on the Nuri.

A 300-ton main engine shoots flames and soars into the sky.

With the separation of the first stage, a 75-ton two-stage engine was ignited.

About 4 minutes after launch, it is time to remove the fairing, the cover that protects the satellite.

As the explosives explode, the fairings surrounding the model satellites fall apart.

One side of the fairing spins round and round and falls to the earth.

In the video, only one was taken, but there are originally two pairings.

[Jang Young-soon/Director of the projectile system development department of anti-accidents: tracking work for falling objects. In fact, I could see two falling objects falling when the fairing was disconnected.] At

about 4:30 minutes after launch, the second-stage engine completes combustion and is now separated from the Nuri.

The blue earth is clearly visible behind the falling two steps.

A model satellite weighing 1.5 tons was also successfully detached from the rocket.

However, the satellite was too slow to enter orbit.

The last three-speed engine boosting the satellites shut down earlier than planned, and eventually the thrust could not be secured.

Although the entire video was not released, the company said that it confirmed the video that the three-speed engine was turned off 46 seconds earlier than expected, and is analyzing the cause.