'Selfie' video taken by Nuriho... the blue earth far away

A video was released of the Korean launch vehicle Nuri, which soared toward space last week, normally separating the rocket team and placing the model satellite it carried in space. 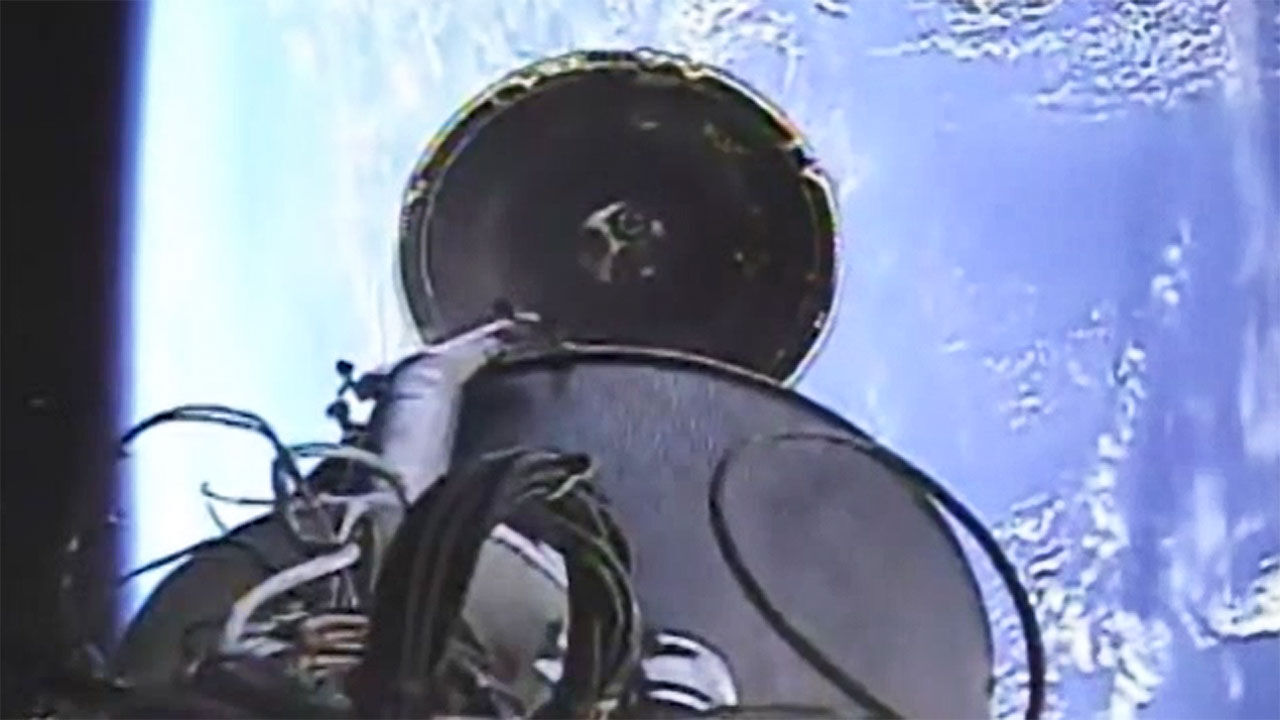 video was released of the Korean launch vehicle, the Nuri, which soared toward space last week, normally separating Team Rocket and placing the model satellite it carried in space. In the video, you can even see the blue Earth in the distance.

cable connected to the main body of the Nuri is disconnected with a red flame.

This is the moment when the Korean launch vehicle Nuri soars into the sky on the 21st.

It can lift up to 300 tons of force, and the surrounding vibrations are vividly transmitted to the camera.

The Nuri, which was flying smoothly while making a contrail, 2 minutes after launch, a flashing light is caught by the relay camera.

[Anchor Kim Yong-tae: Oh, now I saw a scene where something was flashing.]

At the time, I didn't know what the situation was because I couldn't see it from afar, but when I looked at the video of the Nuri-ho installation camera, it was confirmed that the first end of the rocket was separated normally.

About 3 minutes and 50 seconds after launch, the fairing protecting the model satellite is also removed along with the flashing image.

The camera only caught one of the separated pairings, but anticipation said they confirmed that both sides were successfully separated.

Four and a half minutes after launch, this time the second stage of the rocket separates and disappears towards the distant blue Earth.

The video even showed the Nuri-ho separating the model satellite into outer space, but at the last moment, the 3-stage engine shuts off quickly for about 46 seconds, failing to reach the target speed, and eventually the satellite failed to orbit.

[Jang Young-soon / Head of Launch Vehicle System Development Department, Aerospace Research Institute: From a phenomenal point of view, it was confirmed that the engine was shut down early (3rd stage) due to lack of thrust, but there may be another problem with injecting fuel...

Air Defense Agency sent this video and flight data to experts in each field to analyze the cause of the failure to enter orbit.

▶ Why was the Nuri video not released at the time of launch?