The Pixel smartphones from the American company Google have taken a big step to become a real competitor to the Apple iPhone and Samsung Galaxy phones. During a recent virtual press conference, Google showcased its Pixel 6 mobile phones. It measures 6.4 inches, and the Pixel 6 Pro measures 6.7 inches 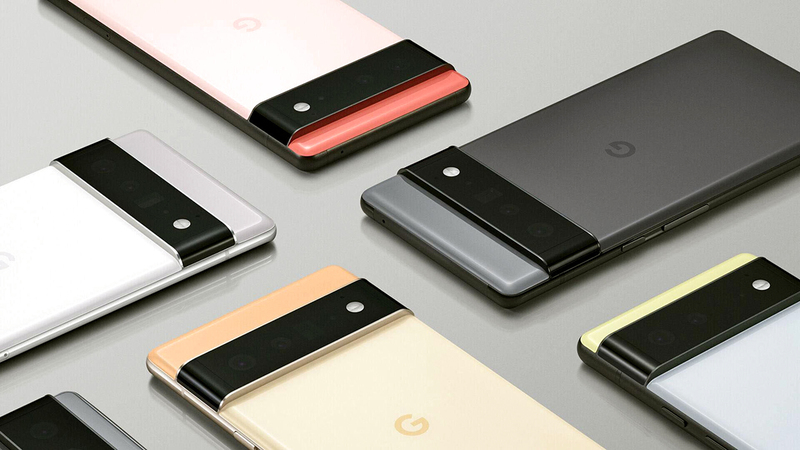 The Pixel smartphones from the American company Google have taken a big step, becoming a real competitor to the Apple iPhone and Samsung Galaxy phones.

During a recent virtual press conference, Google showcased its 6.4-inch Pixel 6 and 6.7-inch Pixel 6 Pro mobile phones, which run on Android 12, which is the most important Google software update in years. several.

These devices feature near bezel-less screens, a camera system integrated into the horizontal camera bar running along the back, as well as innovative photo features, and a battery that can last two days, by prioritizing the most frequently used applications and closing the rest of the applications.

But the real game-changer is Google's internal Tensor processor, which is moving away from the third-party chips commonly used in competing Android devices.

Google said that the Tensor processor makes the Pixel 6 phones run 80 percent faster than the Pixel 5 phones, allowing the device's artificial intelligence to obtain features such as speech recognition and image processing with greater accuracy.

Apple, Huawei, and Samsung have been making their chips for several years, but Google's efforts to double the performance of its processor designed specifically for Android show its willingness to create a customized experience for its users, and it is trying to gain a larger share of the market. Global Smartphone.

At present, Pixel phones represent less than 1% of global smartphone sales, as Google sold 3.7 million phones in 2020, according to IDC research for the smart phone market.

In turn, David McQueen, director of research at ABI for digital technology research, says that Google never intended to make the Pixel phone compete for the lead, but the idea is that they want to use the phone to display the Android ecosystem, and show Their partners have what they can do with advanced devices and the latest Android software.

The Pixel 6 phone appears in three colors: sea foam, coral, in addition to black, while its price starts from 599 dollars (about 2,200 dirhams).

Pixel 6 phones are now available, and they must be pre-ordered, to be shipped on October 28.