5 more shots... Nuriho needs to build up rocket power to go to the moon

Still, we got a lot out of this launch. In particular, securing the 300t class main engine technology, the heart of space rockets, is a great achievement. 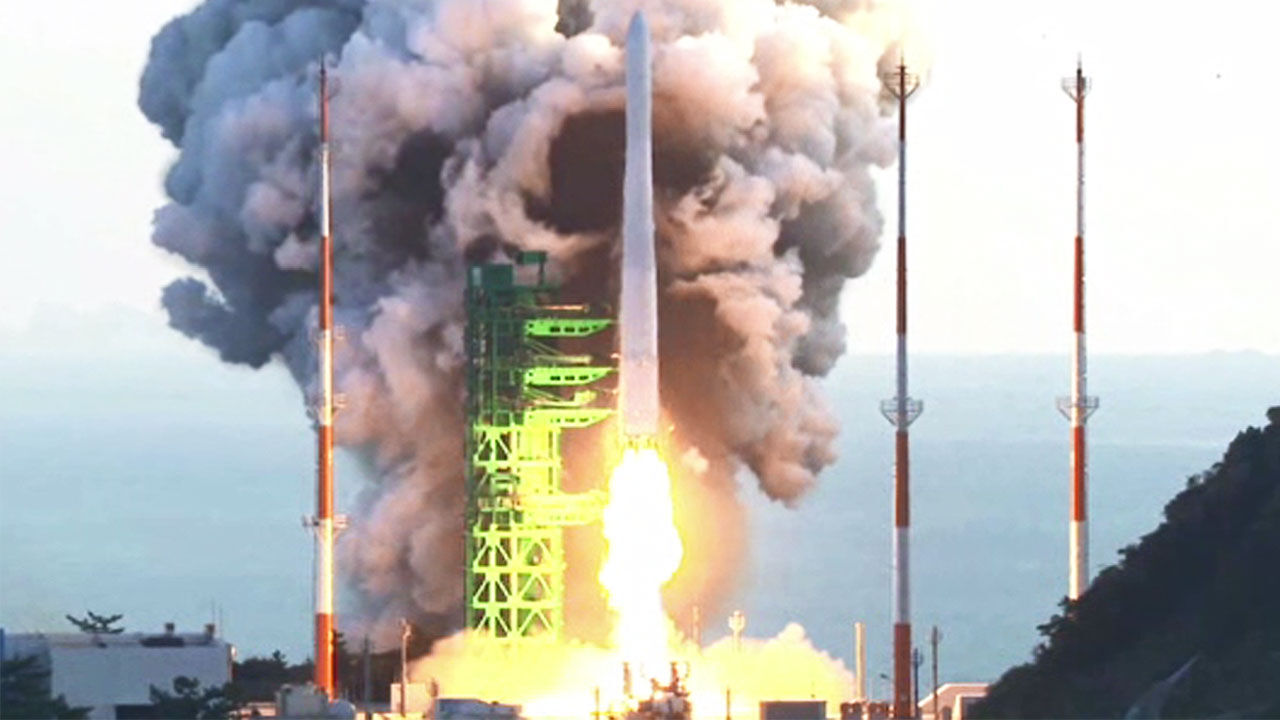 Still, we gained a lot through this launch. In particular, securing the 300t-class main engine technology, the heart of space rockets, is a great achievement.

Reporter Han So-hee pointed out what more needs to be improved to open the way to space.

Nuri will be launched into space five more times by 2027, including two next year.

Rockets must be more powerful to carry heavy satellites.

The scientific satellite Cheollian 2A, launched on a European rocket last year, weighed 3.5 tons, more than twice as heavy as the model satellite on the Nuri.

Now, it is saying that Nurihoro cannot send medium or large satellites with complex functions like the clairvoyant 2A into space.

There are two ways to increase the power of a rocket.

The first is to attach an auxiliary propulsion unit that uses solid fuel.

Solid fuel could not be used because of the Korea-US missile guidelines, but in May of this year, this restriction was lifted.

Just like the European Ariane Five, which carried the Chollian 2A, the power can be increased by adding a propellant that uses solid fuel to the body of the Nuri.

[Jang Young-geun/Professor of Aerospace Mechanical Engineering, Aviation University: It is augmented by attaching two solid propulsion rockets, such as two, four, and so on.

Another method is the clustering method, which bundles several 75-ton engines together.

SpaceX's Falcon Nine uses a super-large single-stage rocket with nine engines in one.

With the plan to improve the Nuri and send a probe to the moon in 2030, increasing the propulsion of the rocket engine has emerged as a key task.

Total effort to find out the cause