"Heroic Page": How the Defense of the Moonsund Islands Influenced the Course of the Great Patriotic War

80 years ago, the defense of the Moonsund Islands by the Soviet troops ended. Even finding themselves deep in the rear of the Nazis, Soviet soldiers continued to resist the superior in numbers and weapons of the Nazi forces. They managed to pull off a powerful enemy grouping, which, according to historians, could have a significant impact during the Wehrmacht's offensive against Leningrad. About the military operation, which experts compare with the defense of the Brest Fortress - in the material RT. 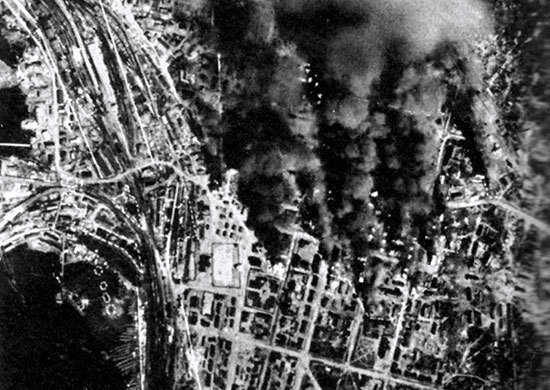 On October 22, 1941, Soviet troops completed the operation to defend the Moonsund Archipelago (a group of islands located in the eastern part of the Baltic Sea. -

), which lasted about one and a half months.

In early September, the defenders of the archipelago were in the rear of the Nazi troops, but, despite this, continued to fight.

During the operation, most of the Soviet military defending the Moonsund Islands died or were taken prisoner.

However, continuing to resist, they pulled off large enemy forces that could otherwise be thrown against the defenders of Leningrad.

The beginning of the war

The construction of Soviet artillery batteries in the Moonsund Archipelago began in 1940.

According to historians, by the beginning of the Great Patriotic War, the archipelago was well fortified.

15 batteries were built on it, including three powerful turret batteries with 180 mm guns.

"The batteries of the Moonsund archipelago at that time were quite modern and effective," military historian Sergei Perelygin told RT.

According to experts, the islands were in an advantageous geographical position and played an important role in the defense of the entrances to the Gulfs of Riga and Finland.

The archipelago was planned to be used as a base for the light forces of the Baltic Fleet.

In addition, by the beginning of the war on the islands, the construction of military airfields was actively underway.

However, experts consider the ground defense of the Moonsund archipelago to be limited in capabilities.

It was supported by the 3rd separate rifle brigade, four engineering battalions and separate military units.

The defenders of the islands sorely lacked anti-aircraft guns.

The total number of Soviet troops on the islands at that time was estimated at about 24 thousand troops.

At the same time, the construction of engineering structures on the archipelago, in contrast to the batteries, began only in May 1941.

Previously, it was believed that the Soviet troops on the Moonsund Islands did not have tanks either, but, according to recent research, a platoon of chemical (flamethrower) tanks was stationed on the islands.

In addition, the defenders of the archipelago converted four tractors into improvised tanks, reinforcing them with steel sheets and equipping them with machine guns.

Since August 1941, from the airfield on the Moonsund Islands, Soviet naval aviation began to strike Berlin and other cities of the Third Reich.

This caused great concern among the Nazi command.

“As soon as the situation permits, the joint efforts of the formations of the ground forces, aviation and the navy should eliminate the enemy's air bases on the islands of Ezel and Dago.

At the same time, it is especially important to destroy enemy airfields from which air raids on Berlin are carried out, ”ordered Wilhelm Keitel, Chief of Staff of the Supreme Command of the German Armed Forces in August 1941.

"The Germans were eager for Leningrad and sought to disable the Baltic Fleet in order to completely control the sea, the Riga and the Gulf of Finland," said Alexander Mikhailov, an employee of the Victory Museum, in an interview with RT.

At the end of August 1941, in connection with the evacuation of the Baltic Fleet forces from Tallinn (these events are known today as the Tallinn Passage or the Tallinn Breakthrough), most of the Soviet ships left the Moonsund Islands.

Only six torpedo boats remained on the archipelago, as well as a few minesweepers and small vessels.

Battles for the Moonsund Islands

Due to heavy fighting in the Baltic and the actions of Soviet ships in the Baltic Sea, the Nazis could not land on the Moonsund Islands for a long time.

Only in September 1941, they managed to concentrate on the sea coast of the archipelago German and Finnish units with a total number of about 50 thousand people.

On September 6, 1941, Soviet artillery prevented a Nazi landing attempt on the Moonsund archipelago.

However, two days later, the Nazis nevertheless landed on the island of Vormsi (Worms) and occupied it by 11 September.

On September 14, the Nazis landed on the Muhu (Moon) wreck, fighting for which lasted four days.

However, the confrontation with the enemy on the island of Saaremaa (Ezel) took on a protracted nature, despite the fact that the Nazi aircraft inflicted powerful blows on the Soviet troops.

By September 23, the defenders of Saaremaa were forced to retreat to the Sõrve Peninsula.

On October 4, some of them on torpedo boats broke through to the island of Hiiumaa, the rest fought with the Nazis for two more days.

The Nazis landed on Hiiumaa on 12 October.

Despite the fact that the Nazis had a serious numerical advantage, the Soviet troops offered fierce resistance to the enemy.

The evacuation of the defenders of the Moosund archipelago was carried out by the crews of motorboots of the hydraulic service - dilapidated and had a shallow draft.

These ships were subjected to harsh attacks by Hitler's aviation.

Some of them died along with the crews.

Having found themselves in the rear of the German troops, the defenders of the fortifications located on the islands continued to heroically resist the enemy, "stressed Alexander Mikhailov.

The last participants in the defense of the archipelago retreated to the Tahkuna peninsula, to the area of ​​coastal batteries No. 316 and 26, continuing to offer desperate resistance to the Nazis.

In recent days, 570 people have been evacuated from the island of Hiiumaa.

On October 22, 1941, the schooner Maria arrived on the Hanko Peninsula, the last ship that brought about 60 Soviet servicemen to the mainland.

“The defense of the Moosund Archipelago is a heroic page in our history.

The defenders of the islands held out as long as they had ammunition and food.

They were taken prisoner only when they had absolutely nothing to resist, ”said Sergei Perelygin.

According to experts, many blank spots remain in the defense of the Moonsund Islands.

In particular, there are disagreements in the assessment of the parties' losses during the operation.

However, in general, it is known that most of the defenders of the archipelago died or were captured by the enemy.

“Large forces of Hitler's troops were diverted to capture the Moonsund archipelago.

The Nazis themselves said that when they attacked Leningrad, they may have lacked only one battalion.

In any case, at that moment, every soldier was on the account.

This operation was really of great importance in disrupting the German offensive on Leningrad, ”summed up Grigory Popov.