Transplantation: a pig's kidney worked in a human, a first

American scientists have succeeded in making the kidney of a genetically modified pig work on a human, a breakthrough that represents hope for the vast number of people awaiting ... 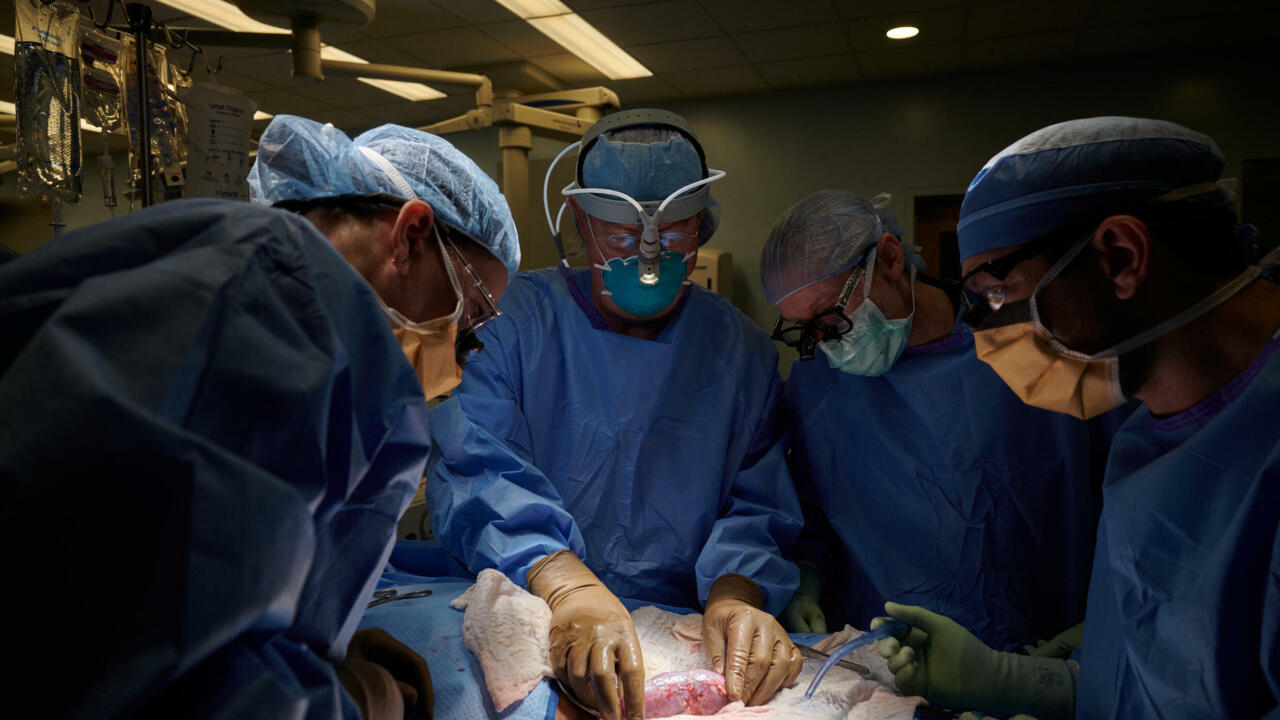 Transplantation: a pig's kidney worked in a human, a first

Photo from September 25, 2021 where the surgical team examines the genetically modified pig kidney for signs of rejection.

American scientists have succeeded in making the kidney of a genetically modified pig work on a human, a breakthrough that represents hope for the many people waiting for a transplant.

If success is confirmed, pigs may one day be bred to provide organs to humans who need them.

This discovery could be revolutionary.

The experiment was carried out on a brain-dead patient at Langone Hospital in New York, just before he was disconnected.

On September 25, in agreement with the patient's family, the doctors began the operation.

The kidney was not strictly speaking implanted inside a human body, but was connected to the patient's blood vessels.

The operation lasted about two hours.

" during the two and a half days of the experiment, Robert Montgomery, director of the NYU Langone Institute of Transplantation, told AFP.

Such a transplantation had already been attempted in primates - a pig kidney having then functioned for a whole year - but never yet in humans.

And for good reason: the human body contains antibodies that attack a type of sugar normally present "

on all pig cells", which causes "an immediate rejection

" of the organ, explained Robert Montgomery.

Why a pig, rather than another animal?

Pigs are the right size, they grow quickly, and litters have lots of young,

It's also more acceptable because we already use pigs for food.

Pig heart valves are already widely used in humans, and their skin can be used for grafts on severe burns.

After 54 hours, the kidney was still functioning perfectly and had not been rejected.

The patient's life support was then turned off, ending the experiment.

The professor admitted that these results were "

", in particular because of the short period of experimentation.

What would have happened after three weeks, three months, three years remains a question,

But it is nevertheless a very important intermediate step, which tells us that a priori, at least initially, things will go well.

"According to him, larger clinical trials could begin within"

a year or two

Some experts have greeted the news with caution, as the detailed results of the conducted study have yet to be published in a scientific journal (expected next month).

Nearly 107,000 Americans are currently on the waiting list for an organ transplant, including 90,000 for a kidney.

Every day, 17 people in the country who need a transplant die.

Xenografts - from animal to human - are not new.

Doctors have attempted cross-species transplants since at least the 17th century, with the earliest experiments focusing on primates.

In 1984, a baboon's heart was transplanted into a baby, but the little one, nicknamed "Baby Fae", only survived 20 days.

Uterus graft: "a first birth in France, but around twenty children in the world"