Thermomix, the firm that revolutionized the way food is prepared in Spanish homes in the 70s, has inaugurated Cincuenta, the world's first ephemeral restaurant that ... 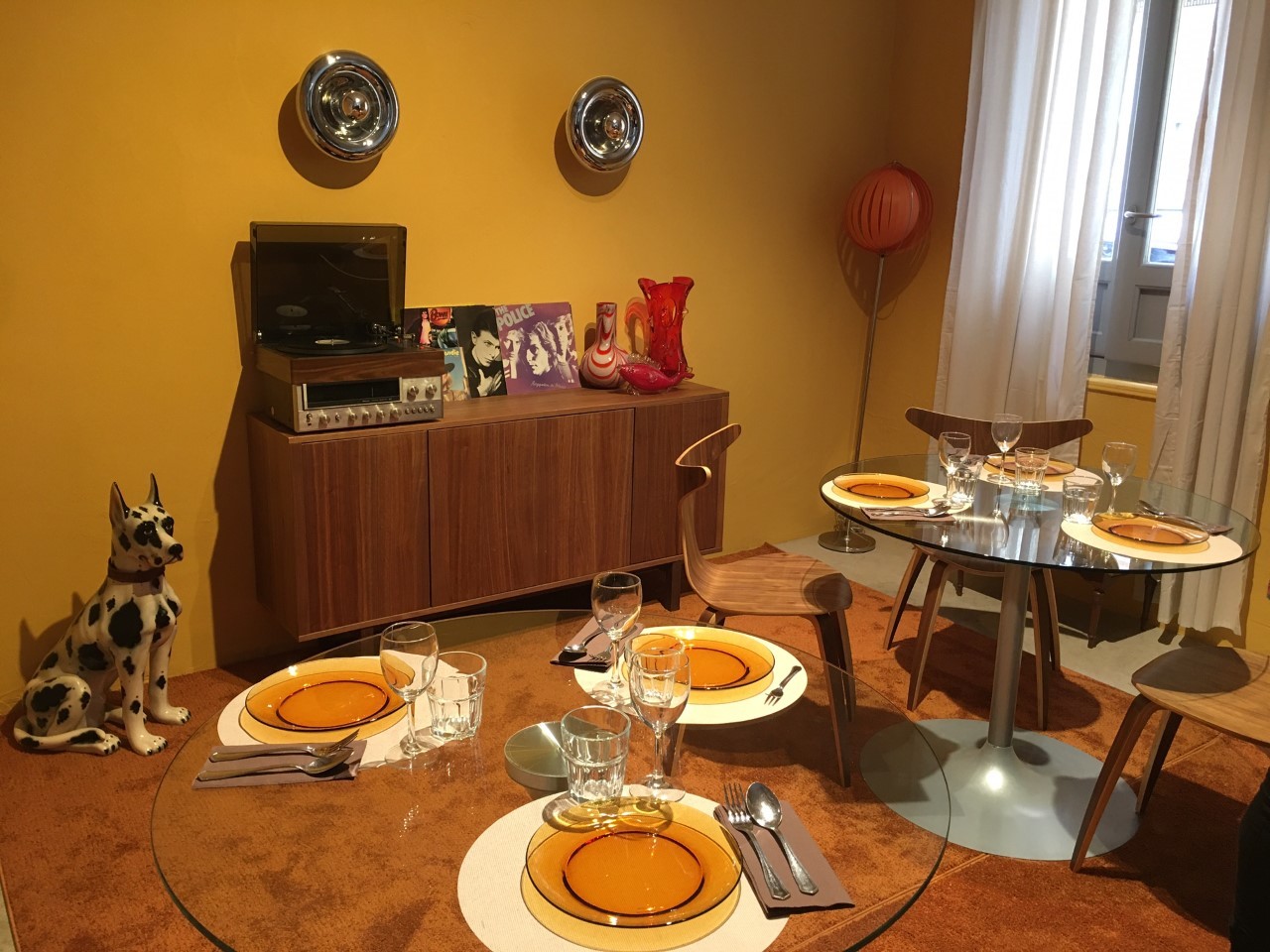 Thermomix, the firm that revolutionized the way food is prepared in Spanish homes in the 70s, has inaugurated

that offers diners an original gastronomic experience with a menu prepared exclusively with the famous food robot. kitchen room. The initiative, framed within the celebrations of the 50th anniversary of the brand in Spain, proposes for only six days (from Thursday 21 to Tuesday 26 October) a trip back in time in which, with the help of Thermomix, guests can experience the evolution of Spanish cuisine in the last five decades through 10 dishes.

The experience offered by

located in Madrid's Calle Montesa, 39, is

(it is essential to reserve the entrance here) and, as if it were a gastronomic route, the diner goes through the five rooms into which it has been divided the restaurant, each one set in a different decade (70, 80, 90, 2000, 2010-present), where you taste dishes that are related to the time, the history of gastronomy or the kitchen robot model of the brand that existed at the time. In each of the dining rooms, perfectly decorated with the aesthetics of the moment, including background music,

, accompanied by wine from the corresponding period. For example,

The first stop on this

is in the living room of the 70s

, when the Thermomix was introduced in Spain.

With the hits of the time in the background, such as

, by David Bowie, the first two dishes on the menu are served, vichyssoise of peas with sparkle and tuna conserve, paired with a white Rioja wine from the 70s, while the guide is in charge of explaining the reason for each of the recipes.

Dining room corresponding to the 70s.

Once this tasting is finished, the diners (six in total per shift) move to the next space, the room from the 80s, where they will try two other dishes and another glass of wine corresponding to the moment that is represented.

Thus, until we reach the last dining room, which reflects the most current cuisine and the evolution of the robot with

the two most sophisticated dishes on the menu

Both made with the latest Thermomix model, the TM6.

"With this initiative we want to provide an experience related to the world of Thermomix and gastronomy and be useful for customers in their day to day. It is an ephemeral experience and, although they have proposed it, our intention is not to enter the market of restoration, but to celebrate our 50th anniversary and make known that we have been an important part of Spanish society in the last five decades ", declared Ignacio Fernández-Simal, general director in Spain of Vorwerk, the German manufacturer of Thermomix, in the inauguration of

The event was attended by

five ambassadors of the firm

, one for each of the decades in which the iconic machine has been part of homes around the world: the actress

GastronomyPoke, the dish that triumphs in Madrid and made Obama fashionable