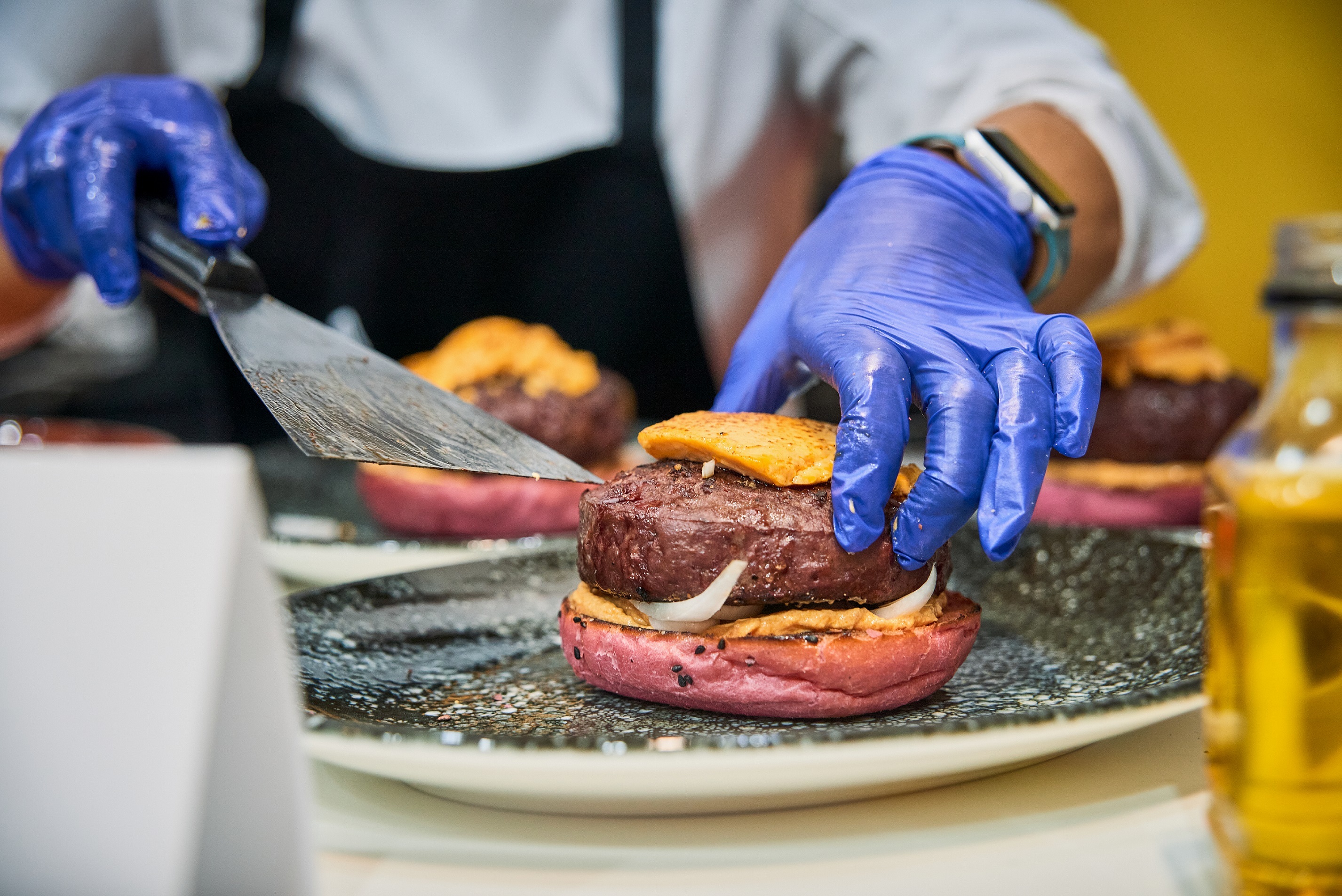 , from the Madrid restaurant

, has just been proclaimed the

This award has been granted during the celebration of the Gourmets Hall, which this year reaches its XXXIV edition.

Prepared on the fly and without prior preparation

, Vanessa San José's proposal is a tribute to the Island of La Palma.

His creation obtained the best score from the jury (3.9 out of a total of 4), which valued his creativity against that of rivals such as

, from the Valencian chain

Vanessa San José during the contest.

In this event, San José and his opponents had to create a recipe in 30 minutes. For this they had

surprise ingredients that were not revealed until the last moment

. One of them was one of the three types of canarian mojo available. In addition, gourmet quality breads from Lantmännen Unibake, organizer and sponsor of the event, were provided.

As for bread, San José opted for La Poderosa bread, an intense pink color as it is made with beets and black sesame seeds.

"I have used it as a tribute to La Palma because, with its color, it represented lava to me," explained the winner.

Thanks to the title of Best Gourmet Burger Chef, Vanessa San José will become the

This award will last for nine months.

In addition, Vanesa San José will have a space on the sponsor's website.

And, next year, she

will be part of the jury of this event as an expert chef.

These two tortillas are the best in Spain (and yes, they do have onion)

MadridPrrimital, the gourmet butcher shop that triumphs with a veal nugget