I've reached my target altitude... Nuriho left the task of 'settling on track'

The Korean launch vehicle Nuri, using only our own technology, failed to put the satellite into orbit. Today's attempt was unsuccessful, but we plan to start preparing again with the goal of the second launch in May next year. 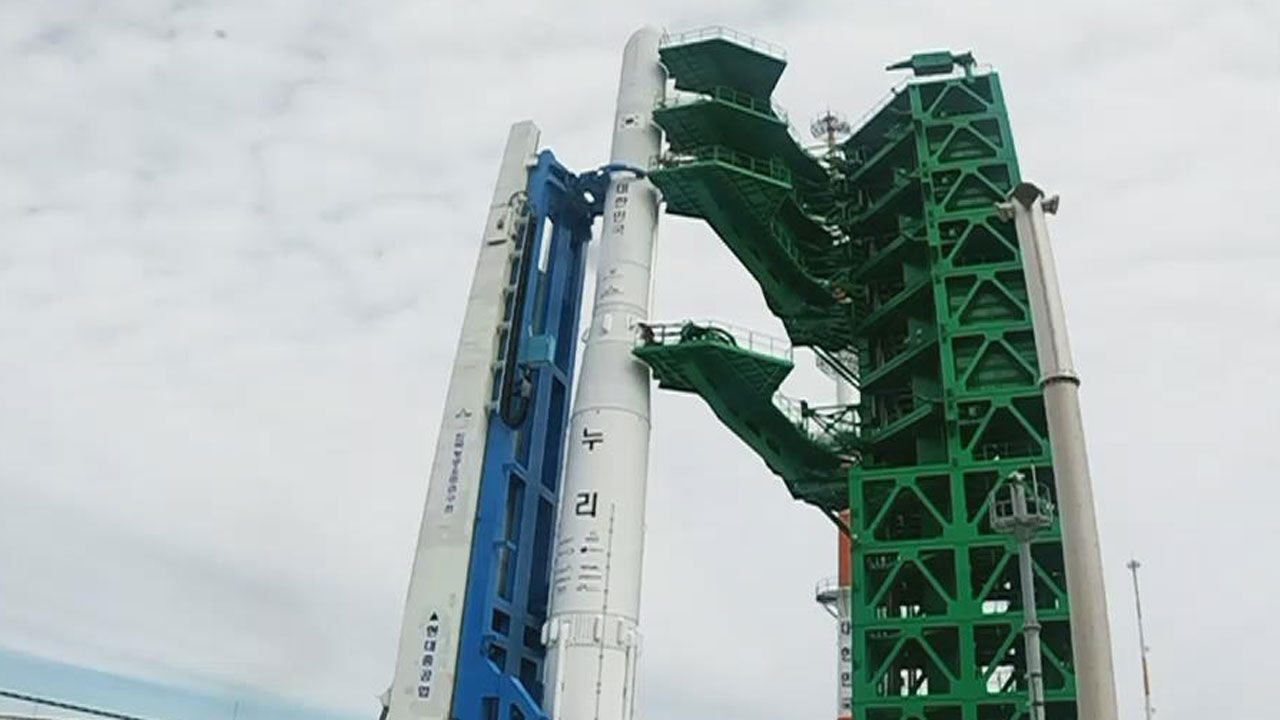 Korean launch vehicle Nuri, using only our own technology, failed to put the satellite into orbit. The attempt today (21st) failed, but we plan to start preparing again with the goal of the second launch in May next year.

This is the first news reporter Park Chan-geun.

At 5 pm, the first Korean projectile, the Nuri, starts a great flight, emitting flames with vibrations that resonate the earth's axis.

It flew straight into the sky, emitting bright flames over the Naro Space Center.

It didn't show any particular anomalies until it was out of sight, but it never got back on track.

Just an hour and a half before the scheduled launch, the Aerospace Research Institute was careful by delaying the scheduled time by one hour.

[Yong Hong-taek / First Vice Minister of Science and Technology Information and Communication: The launch was originally scheduled to be launched at 4 pm, but it took additional time to check the launch pad subsystem and valve.]

However, the launch failed and unfortunately, the next one was promised.

The success or failure of the Nuri was judged within 16 minutes.

Nuriho is a project that has spent 1.9 trillion won in development alone for 12 years since the project started in 2010.

Today's failure can be a valuable foundation for the main launch in May of next year, as it overcame two failures during the Naro and finally succeeded in launching it.

In order to do that, a thorough analysis and security of the cause of the remaining period of failure must be followed.