16 minutes of launch of 'landing at an altitude of 700 km', the success or failure of the Nuri ship is divided

&lt;Reporter Kim Yong-tae&gt; You will remember Naroho 8 years ago, when he had a similar name to Nuriho. The biggest difference from that time is that the Nuri is a pure Korean projectile that everything was made with our technology. 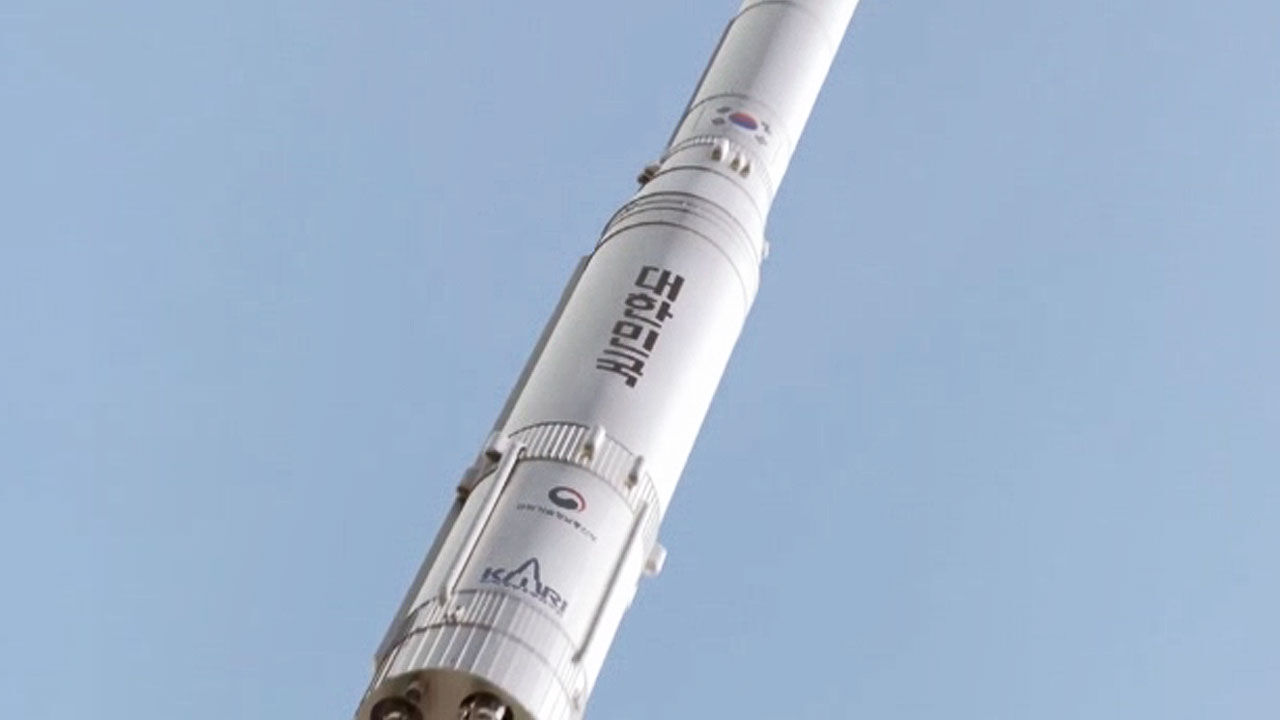 You will remember Naroho 8 years ago, when he had a similar name to Nuriho. The biggest difference from that time is that the Nuri is a pure Korean projectile that everything was made with our technology.

Reporter Jung Gu-hee will explain the process of the Nuri's birth and the final hurdles from launch to 16 minutes.

When erected, it raises a 15-story apartment.

Unlike Naro, which was a two-stage rocket, Nuri consists of three stages.

The first stage, which is half of the rocket, is filled with a tank of kerosene as fuel and a tank of liquid oxygen as an oxidizing agent to aid combustion.

The 300-ton engine, the core of this rocket, is attached here.

The first-stage engine has to break through the section where gravity and air resistance are the strongest, so power is the most important thing.

Four 75-ton engines capable of lifting 50 medium-sized vehicles can be bundled together to produce a total power of 300 tons.

These four engines must move as one to reach the target height of 59 km.

The development process was a series of challenges.

In the first combustion test in 2014, the fuel supply was unstable and the fire went out in just a few seconds.

In the end, after 12 design changes, the single-stage engine was completed.

When the first stage is separated from 59 km above the ground, the second stage rocket starts its mission from that point on.

The second stage consists of one 75-ton engine that we saw earlier.

In the process of promotion, you have to go through a difficult process called 'pairing separation'.

A fairing is a structure that encloses a satellite on top of a rocket.

The pointed shape minimizes air resistance and protects the satellite from frictional heat.

There are two on the Nuriho, and each weighs 325kg.

Because it is heavy, you cannot just separate it, and you have to explode the gunpowder inside to cut off the connection part in an instant.

If the 2nd stage rocket does not remove the fairing in time at 191 km altitude as it ascends, the rocket will be heavy and will not be able to enter the target orbit.

During the first launch of the Naro, there was an experience that the fairing failed to enter orbit because the fairing could not be separated.

After the fairing has come off, when the altitude reaches 258 km, the second stage rocket will also fall into the sea.

This leaves only the last three-stage rocket that will send the satellite to its target orbit.

Now, gravity is weakened and there is no atmosphere, so all you have to do is push the satellite to the target orbit.

And when the satellite lands at an altitude of 700 km, the mission of the Nuri is completed.

It takes only 16 minutes to get here.

Whether each engine generates the proper thrust to reach its target point, and whether it is well separated at the appropriate altitude and timing is the key to the success or failure of the historic launch of the Nuri.

▶ Nuri on the launch pad…

Space power must overcome the '30% wall'