The KCTU announced today that it would carry out a general strike and large-scale execution. The government asked for restraint due to the quarantine situation, but the KCTU predicted that 500,000 people would participate. 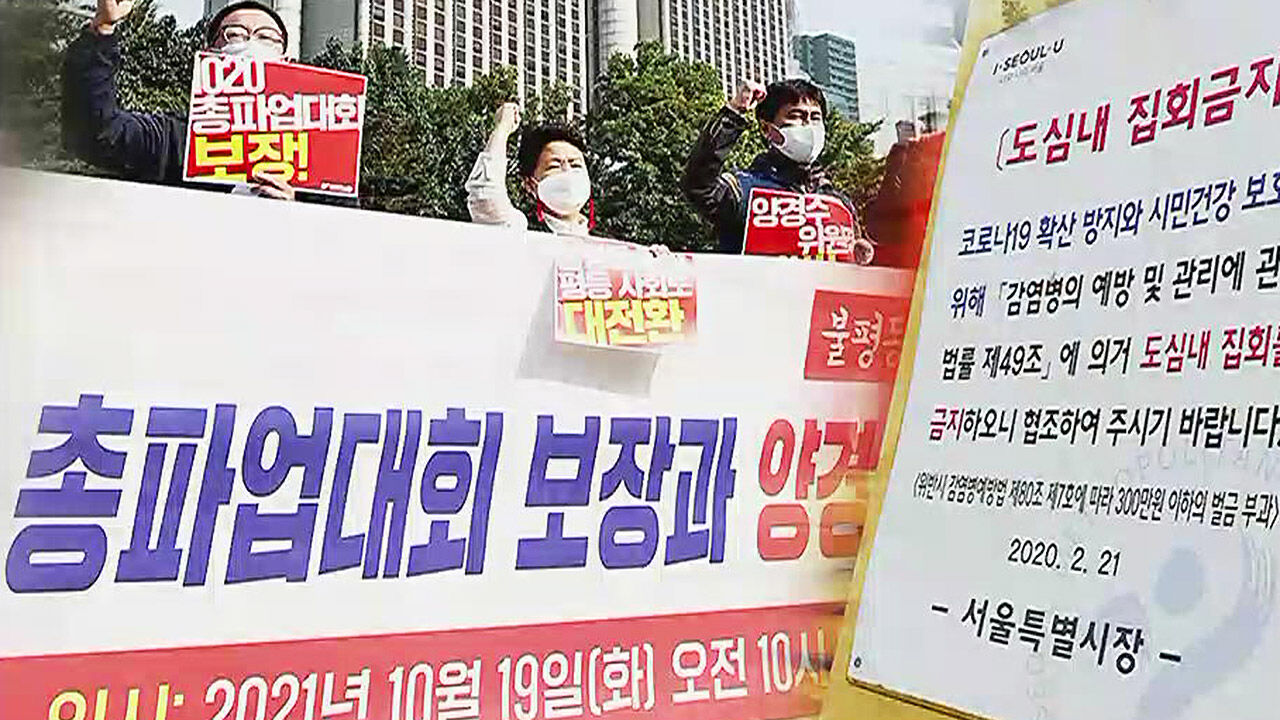 KCTU announced today (20th) that it would carry out a general strike and large-scale execution. The government asked for restraint due to the quarantine situation, but the KCTU predicted that 500,000 people would participate.

Reporter Hoon-Kyung Jang on the sidewalk.

front of the Seoul Central District Court, where the first trial of Yang Kyung-soo, who was arrested on charges of leading an illegal assembly, was held, the Confederation of Trade Unions and Trade Unions demanded the release of Chairman Yang and announced that they would go on a general strike.

There were no confirmed cases at the workers' conference in July, too, but according to the gradual recovery of daily life, the government, which relaxed quarantine rules such as sports games, criticized the government for blocking only the assembly of the KCTU.

[Lee Yang-soo / Vice Chairman of the Korean Federation of Trade Unions: What is the difference between a sports stadium, a wedding hall, etc. This is why we cannot avoid criticism of political quarantine and corona virus martial law.] The

Labor Standards Act applied to workplaces with fewer than five employees, the abolition of irregular workers, public housing and public health reinforcement represented by public health care, and the national responsibility system for jobs in the industrial transition period were promoted by the KCTU. It is the cause of the general strike.

However, there are also criticisms that the arrest of Chairman Yang is a declaration of war and that he is fighting with the regime by making it clear that it is a cause of the general strike.

[Kim Bu-gyeom/Prime Minister: In order to protect the safety of the community, the government has no choice but to take strict measures in accordance with the laws and principles, regardless of the position of the government.]

The police installed a barrier in the shape of a 'cross' in downtown Gwanghwamun, Seoul, and requested the city to pass the nearby subway station without stopping and to bypass the bus.