Imagine that in Spain the Government had a ministry with several verification offices on the internet that decided which news is fake news and which is not. Imagine that ... 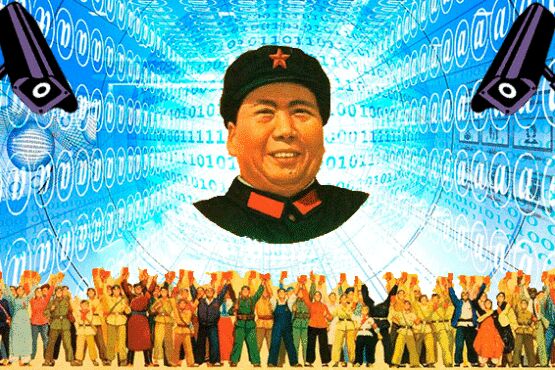 Imagine that in Spain

the Government had a ministry with several verification offices

on the internet that decided which news is

and which is not.

about whether that comment, that information or that photograph, is appropriate.

Let's go with another assumption.

Imagine that the government tried to control all the content on the web, but cannot because it circulates through private channels in cyberspace, run by large

So it was decided to close all the doors through which global online traffic enters, and create a large internal software in which only compliant internet service providers could operate. These would

allow the authorities to analyze the information

, messages and trends that circulate, as well as manipulate or censor them at will through algorithms and engineers disguised as policemen who check cyberspace.

cut off access to IP addresses it deemed "dangerous or malicious

That program of firewalls and proxy servers at the gateways became more restrictive over the years.

In 2000, Chinese leaders issued an order requiring internet service providers to ensure that information sent on their services complied with the law. A couple of years later,

which established four principles: patriotic law enforcement, fairness, honesty and honesty. There were more than 100 foreign companies that signed the pledge.

Xi Jinping's rise to power in 2012 brought tighter control of cyberspace. "The Internet has become the main battleground for the public opinion struggle," Xi said in a leaked speech shortly after taking the throne in Beijing. The goal was to ensure that the content on the network served the interests of the party. In September 2013, the Supreme Court of the People, a judicial body controlled by the CCP, ruled that "

authors of online posts that deliberately spread rumors or lies

, and were seen by more than 5,000 people or shared more than 500 times, they could face defamation charges and up to three years in jail. "

. In a statement, the ministry assured that the presence of these agents was to "create a harmonious, cultured, clear and bright internet", and that they would work to "detect and prevent cybercrime, profanity and curses online."

Manuals on how to make a napalm bomb and

how to buy chemical precursors to make fentanyl

are found in Chinese browsers

To enter Facebook and Twitter, or watch videos on YouTube, you need a VPN, a software that connects the computer or mobile server with the networks of another country.

China probably has the

most sophisticated online monitoring system in the world

Over the years it has further isolated its cyberspace.

Now, the Chinese government is in full regulatory crusade, reaching out to almost every sector in the country, especially technology companies.

improve the "civilization of the Internet",

with more regulation to "improve ethics and behavior."

The Cyberspace Administration of China (CAC, the body in charge of Internet control in the Asian country, also dependent on the Ministry of Public Security) launched a campaign against false news in September. Under the new regulations: online censors will go after "unlicensed citizen journalists who misinterpret economic policies and forecast pessimism in financial markets." Also to those who "write false news and spread rumors." Meanwhile,

The CAC document broke down other points from its new campaign: "

Addressing issues including misinterpretation of

The new guidelines will provide the government with a framework to further tighten its grip on internet giants from Tencent to ByteDance and the vast amount of content and data they generate.

Douyin, the name by which TikTok is known in China

". The guidelines include a proposal to allow users to disable algorithm recommendation services.

The new reforms have reached

, where the CAC announced that it was going to start taking action against groups of the application considered a

In late September, WeChat removed dozens of LGBT accounts run by college students, saying some had broken the rules.

Technology What are the best alternatives to WhatsApp?