Review: Fairphone 4 is fine mid-range, but durability drives up the price

The new Fairphone 4 comes with 5G support, has a five-year warranty and is easy to repair yourself. It's a good phone, but its durability makes it twice as expensive as comparable phones. 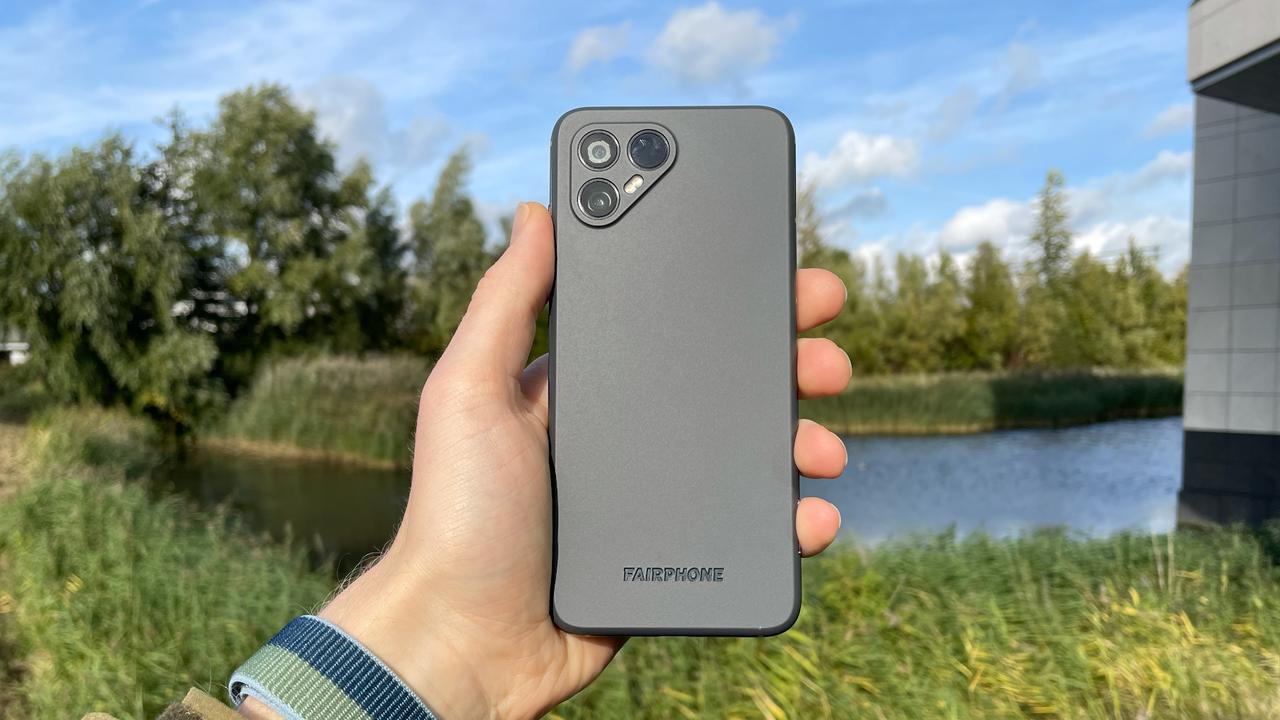 The new Fairphone 4 comes with 5G support, has a five-year warranty and is easy to repair yourself.

It's a good phone, but its durability makes it twice as expensive as comparable phones.

Amsterdam based Fairphone is all about sustainability.

That is no different with the Fairphone 4.

The phone is made with durable materials and is easy to take apart, so you can easily replace parts yourself if something breaks.

If your camera is broken, you can buy a new one for 80 euros that you can replace in ten minutes, even if you are not very handy.

All very nice and durable, but the earlier Fairphones always seemed a bit old-fashioned compared to the competitors.

The Fairphone 4 is a lot more modern.

Specifications of the Fairphone 4

The device has a relatively large 6.3 inch LCD screen and also has two cameras on the back: a normal lens and a wide-angle lens.

Furthermore, the phone has a fairly smooth chip that is used in many mid-range phones and it runs on Android 11.

The device is quite fast to use, but because a cheaper LCD screen is used, everything feels a bit slower.

Many phones with a comparable price have an OLED screen that generally responds faster.

However, if you are not used to this, you will not notice the difference.

The (also replaceable) battery of the device easily lasts a day.

In addition, the phone can quickly charge via the USB-C port on the bottom.

However, you do not get a plug and charging cable with the telephone, while other telephone makers often provide at least one cable.

With this choice, Fairphone wants to prevent wastage of electronics.

The version of Android on the device has been left quite bare, but therefore quick to use.

Fairphone promises updates to Android 12 and 13, but offers security updates until 2025. At four years, this is a lot longer than with competitors, who often only promise two to three years.

In addition, you receive a five-year manufacturer's warranty, which should ensure that the phone can be used for a long time.

The cameras on the device are less good.

The colors in the photos often don't look very natural and the contrasts are also disappointing.

In addition, the device sometimes seems to have difficulty focusing on objects, especially up close.

As a result, photos of small objects at a short distance often remain blurry, which works a lot better with competing phones.

If you only occasionally take a photo with the device, this will not disturb.

But if you buy a phone for the camera, the Fairphone is not a good choice.

Photos taken with the Fairphone 4

The Fairphone is easy to disassemble.

You can remove the plastic back with your fingernail, after which you can unscrew all parts with the supplied screwdriver, even if you are not very handy.

Parts are then easy to replace, which in theory means that you can use the device for longer.

The screen, camera, selfie camera, charging port and battery can all be easily removed and replaced.

At first glance, the price of the Fairphone seems very high.

For about 350 euros you already have phones with better screens, faster chips and better cameras, such as the OnePlus Nord CE (329 euros) and the Moto G 5G (249 euros).

But that's not what you buy the Fairphone 4 for.

Where you opt for special functions with other devices, with Fairphone you mainly pay for sustainability.

There is something to be said for that.

The device is fine, can probably last for years and is easy to repair, something that can be said of very few phones.