Fernando León de Aranoa: "Javier Bardem's character in 'The Good Patron' is a rogue with charisma who always falls on his feet"

Fernando León de Aranoa (Madrid, 1968) knows Javier Bardem very well. &amp; laquo; Javier doesn't like to play it safe in his performances. On the contrary. He prefers to risk, ... 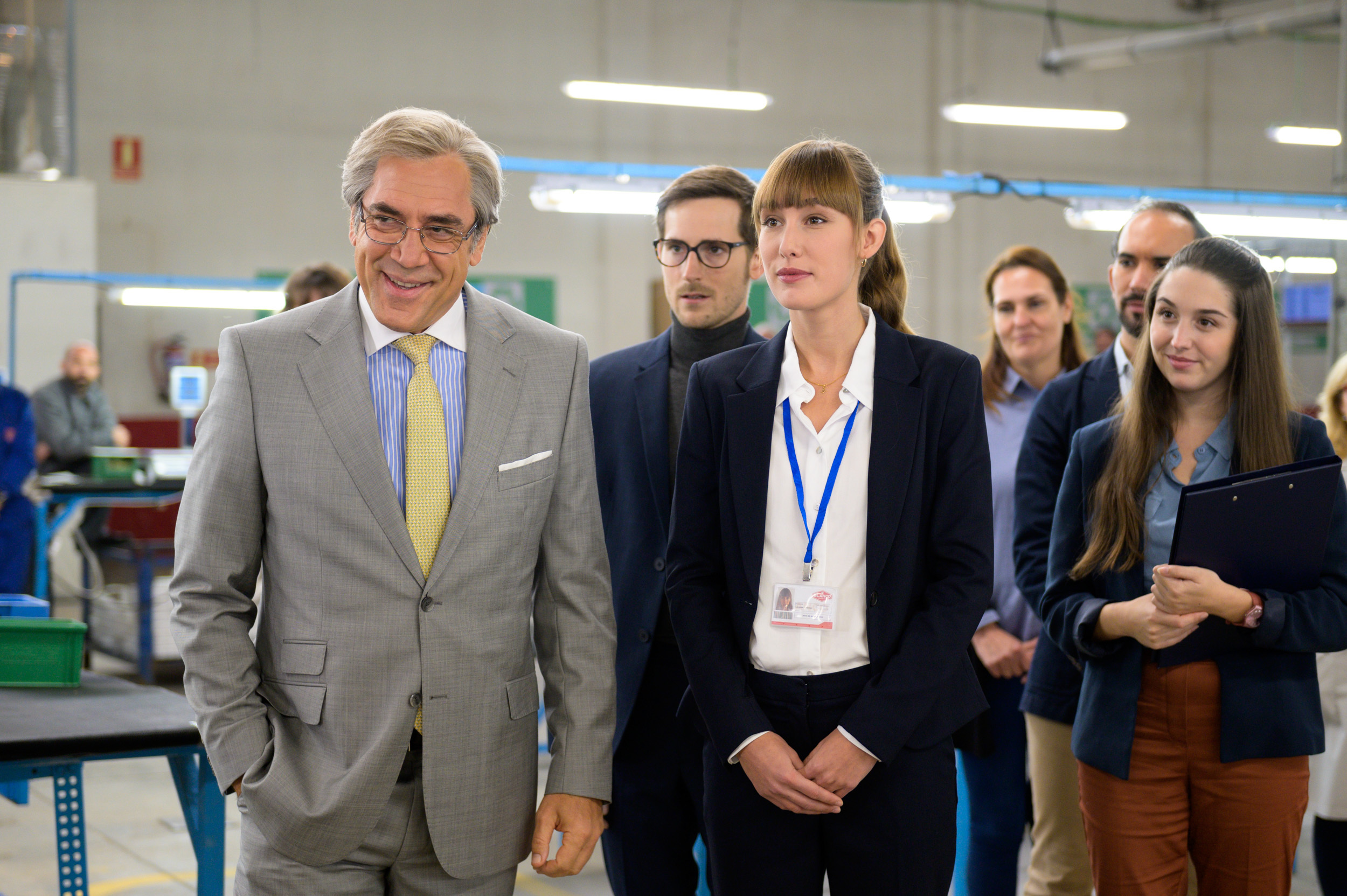 . «Javier does not like to play it safe in his performances. On the contrary.

He prefers to risk, explore, gamble and always gives you a lot

. That, for a director, is a luxury and a blessing. After directing him in

Los Mondays in the Sun

, actor and director once again join forces in

, a very black comedy that is the candidate chosen by the

to represent our country in the

The character played by Bardem in this feature film is Blanco, the

owner of a factory of

that exhibits all the tics of a dictator in his performances.

villain with a permanent smile

who has allowed the director of

explain how someone can act in his company in the same way as "a king centuries ago with his vassals" would.

Javier Bardem, the protagonist, along with Almudena Amor.

León de Aranoa, who for many years worked as a scriptwriter for various television programs (and also for the comedy group Martes y Trece) has used comedy on this occasion to “carry out

a social satire on work spaces and dynamics.

This story is so terrible that the only way to tell it was by telling it through a sense of humor. "

A ROUGH WITH CHARISMA

A way of portraying

a week in the life of an unscrupulous guy

in which the viewer, almost without wanting to and from his armchair, becomes one more victim: «

and has outlet for everything. Someone you know is going to solve any problem you are going to face. That is something that manages to generate some admiration among the public. Even if what he does does not seem right to us ... ».

Whether or not the Target of

is a fictional character that has its roots in real life is something that the filmmaker immediately clarifies.

Of course I have met some other employer

and I have even had him as a boss.

But not just me: I think we have all known or will know someone like that throughout our lives.

Almudena Amor plays the intern of the company.

Before its theatrical release,

could be seen at the

But it was also well received by the members of the Spanish Film Academy. So much so that the Oscar nomination (or, who knows, if the very golden statuette) is presented as the dream goal if everything goes according to plan in a few months. «

The gift or privilege is to make a movie that turns out well.

If, in addition, you have the feeling that it is going to like it, as has happened after having taught it in some passes, you will be calmer and happier. Hence, the recent Oscar nomination has been like the icing on a cake.

In his long career as a screenwriter, film director and even short story director, León de Aranoa has always exhibited a combative profile and has not hesitated to talk about current affairs. Most of them prickly and uncomfortable. On this occasion,

the film begins with a frenzied police chase

in which some agents try to arrest those who have attacked some boys in a park. With this, the director demonstrates his commitment to a reality from which many feel alien. «I wanted to start this film with an attack on three immigrant kids. It seems like it's from another movie, even if it has to do with what will happen later. I was interested in telling how one of the aggressors is a victim who will be used by the boss.

That beginning, strong, forceful and with a very guerrilla language, collides with the following scene

, in which we see Blanco addressing his employees in his scale factory ».

The director, who has never hidden his ideology in his film work, clarifies that “

politics is in everything we do.

When you join an ideology or a party, it is because you have a certain vision of the world and you feel represented.

We all have a way of understanding life's problems.

Any movie is political if it minimally expresses how a director understands things.

You have to be curious and take an interest in things in order to understand them.

In the end, writing is a way to analyze them better.

And those conclusions that you offer in the form of a script, novel or story is the look that you take on reality.

I have very clear ideas about some things ... but I do not rule out being wrong.

CineEl buen patron, by Fernando León de Aranoa, a Spanish candidate for the Oscars over Almodóvar

InterviewRami Malek: "Being Bad Bond has been like a dream"