The Blue Origin capsule with four passengers on board, including William Shatner who played Captain Kirk in the cult Star Trek series, landed in West Texas on Wednesday after a trip of… 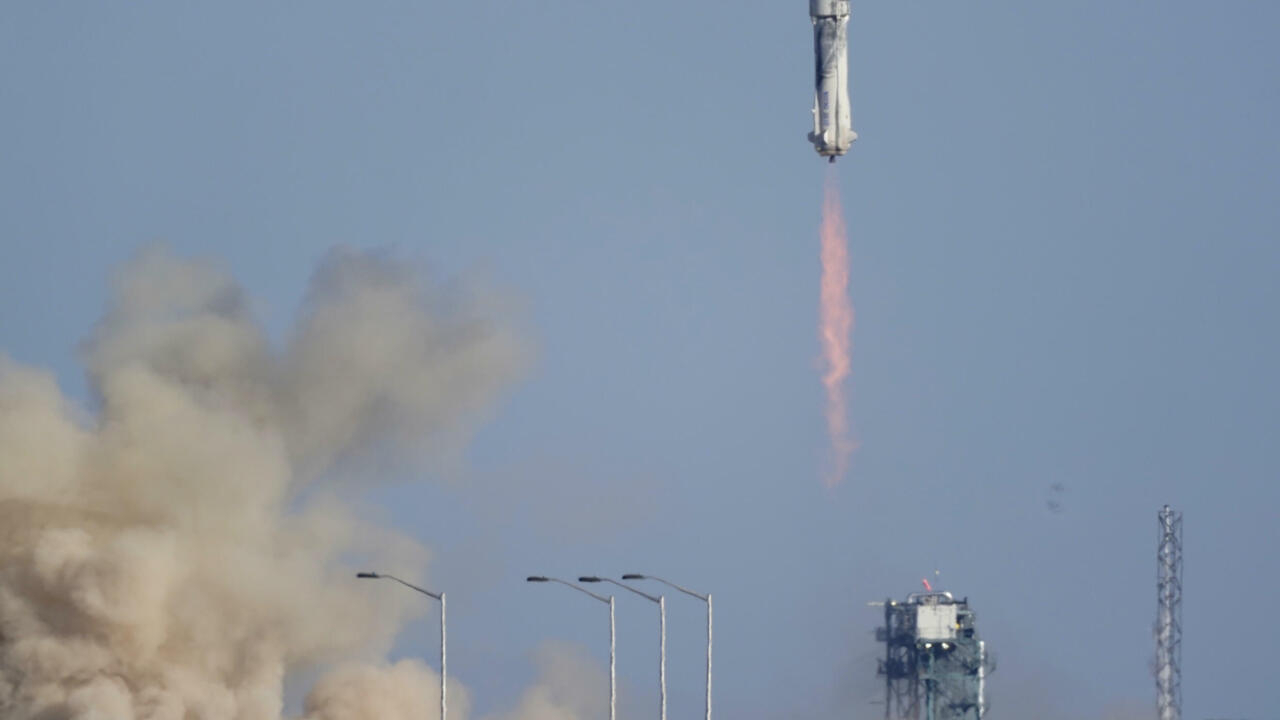 Blue Origin's New Shepard rocket took off on October 13, 2021 with 90-year-old actor William Shatner on board, who played Captain Kirk in the Star Strek series.

The Blue Origin capsule with four passengers on board, including William Shatner who played Captain Kirk in the cult Star Trek series, landed in West Texas on Wednesday after a few minutes' trip to space.

At 90, Canadian actor William Shatner, who played Captain Kirk in the Star Trek series, has become the oldest person in the world to reach the ultimate frontier, that of space.

What you have given me is the most intense experience I can imagine.

I am so moved by what has just happened, it is extraordinary

”, he declared, leaving the capsule of Blue Origin, to the address of Jeff Bezos, founder of the company, who l 'welcomed.

"I'm so filled with emotion about what just happened. It's extraordinary"

It was the second manned flight

of the rocket of the billionaire's company, which intends to establish itself as a key player in the coveted space tourism sector.

On board were also two entrepreneurs who paid for the trip, and a manager from Blue Origin.

The founder of Amazon was present on site Wednesday morning.

He had shaken hands with each of the passengers before they boarded the rocket, named New Shepard, and had himself closed the capsule hatch.

Jeff Bezos also made the trip to space aboard this vehicle in July.

The rocket took off vertically on Wednesday, then the capsule broke off in flight, and thus propelled, passed the Karman line which marks, at an altitude of 100 km, the border of space according to the international convention.

It then began a free fall to fall back to Earth, slowed down in particular by three huge parachutes.

The flight lasted only about ten minutes.

William Shatner, who played the iconic role of Captain Kirk on "Star Trek," has launched into space on a Blue Origin flight.

The Star Trek series, broadcast from 1966 for only three seasons, chronicled the adventures of the USS Enterprise spacecraft, launched on an interstellar exploration mission.

It has become cult for science fiction enthusiasts, including Jeff Bezos.

Released at the time of the beginnings of the space conquest, before the Americans set foot on the Moon, it had also helped to arouse the interest of the nation - and the world - for the NASA program.