The crew of actress Yulia Peresild, director Klim Shipenko and cosmonaut Oleg Novitsky began training upon returning from the ISS. This was reported on the Roscosmos website. 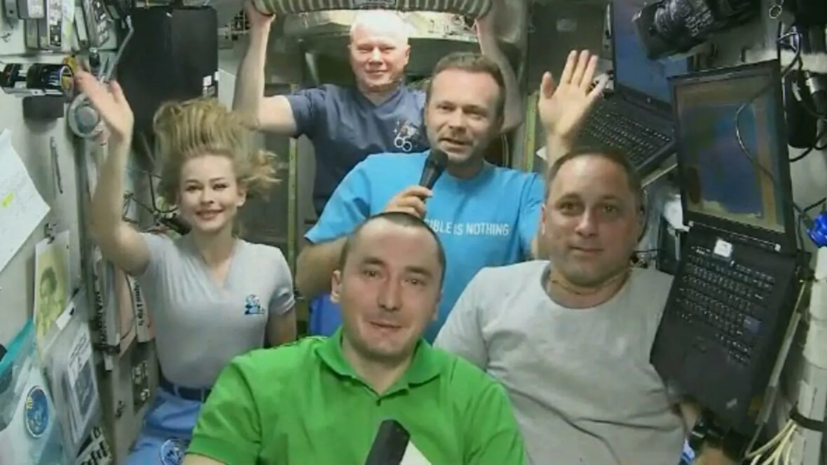 “Roskosmos cosmonaut Oleg Novitsky, together with space flight participants, conducts preparatory operations and training for the upcoming landing of the Yury Gagarin spacecraft,” the statement on the Roscosmos website says.

The crew must be ready to act in any emergency situation in accordance with the recommendations of specialists from the Mission Control Center, the corporation explains.

For this, the space flight participants "study the onboard documentation and consult with specialists on Earth."

Earlier, the ISS crew had dinner with Peresild and Shipenko in the American module.