Aaron Lee, the Korean violinist from Madrid who escaped from an island in the Sea of ​​Japan

"Whatever happens, we will be by your side and we will continue to love you." These were the words with which Aaron Lee's father (Madrid, 1988) reassured his son ... 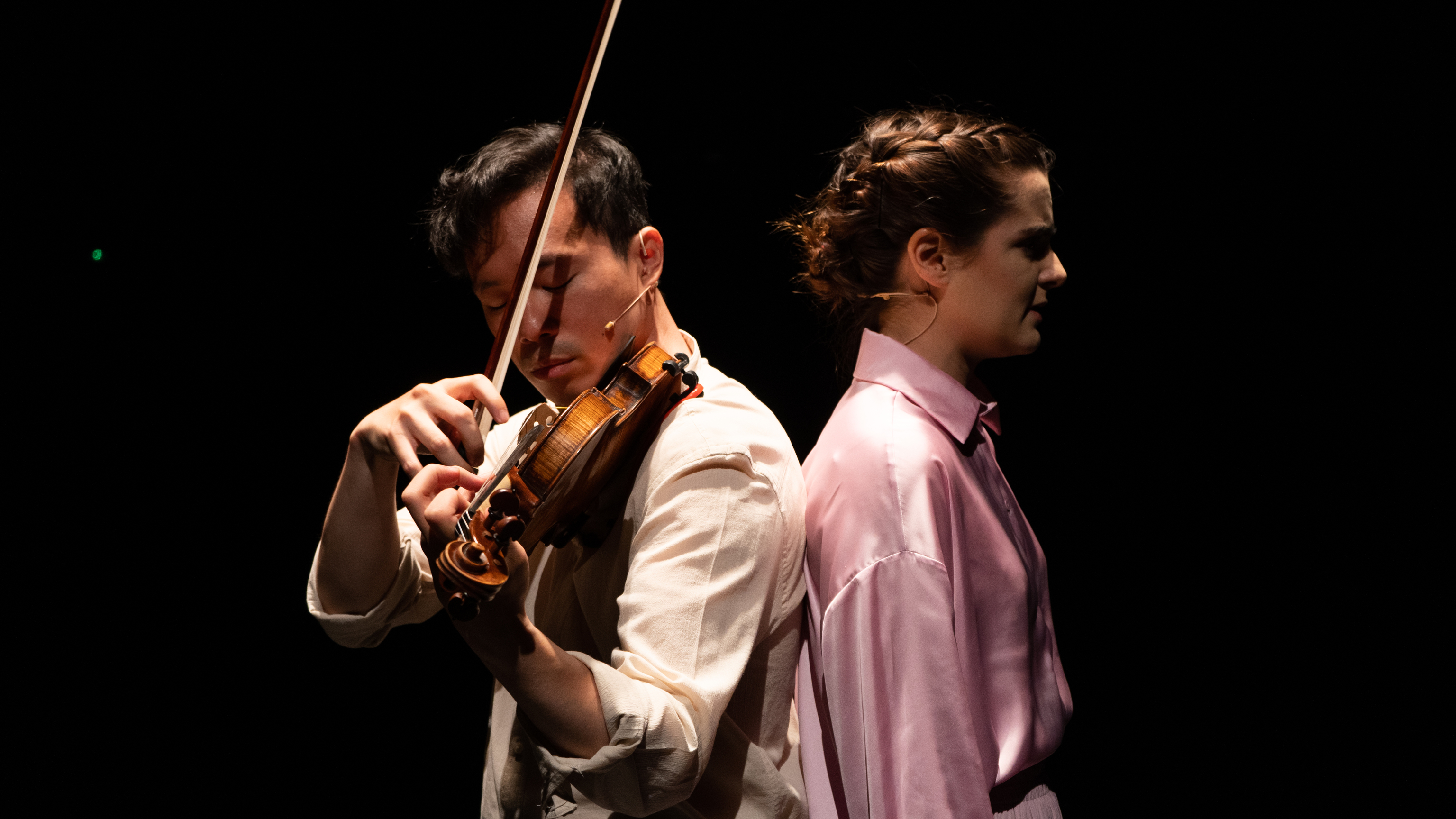 "Whatever happens, we will be by your side and we will continue to love you." These were the words with which

(Madrid, 1988) reassured his son when he revealed that he liked boys. It was a lie. From that moment, the young man from Madrid of South Korean origin began a descent into hell: from the ban on using a mobile phone to reconversion therapies. From screaming to beatings. From extreme control to

kidnapping on the island of Ulleungdo

, in the Sea of ​​Japan, where his father, conductor and evangelical Baptist pastor, locked him in a church cell.

Lee managed to escape from the nightmare, left his home with just 700 euros that he had hidden in his diary, worked as a waiter, played the violin on the streets of Madrid and became the youngest member to enter the National Orchestra of Spain in 2010, a coveted permanent position that he left six years later, tormented by the feeling that

. If television at home, with the firm conviction that "

the best ideas come out of boredom

and feeling that her story "could help more people than she thought," she wrote her autobiography. ,

After closing the stage of Kamikaze Producciones in front of the Pavón Theater, it returns to the emblematic venue from October 28 to 31, within its new stage.

Aaron Lee and María Romero, at the Pavón Theater.

The work has changed a lot because the whole script is new.

The musical selection is also different. I think it has changed for the better. Like everything I live, it had to evolve, because in its day the first version was made in a hurry", explains the violinist. And, in fact, once the promotion on

, the performance was going to be a small

that would accompany the presentation of the book. But when he saw her, the playwright

encouraged him to take her to the stage. "We had like four weeks or less between development and rehearsals, so the best part is that ... it looked nice, but it was a fix. I already had in mind that, if this grew, it had to evolve and be done in more detail. ".

A perfectionist to the maximum (when he barely had 30 euros a month to eat, he wrote down in an Excel what was spent, what he wanted and the prices of each product in different supermarkets), the new version is written in four hands with his friend

. Laughing, chocolate palms and cherries outlined an adaptation voiced by

. "Having a woman brings a different vision and sensitivity," says Lee, who, upon returning to face his harsh biography, has noticed that the stage has given him "a certain perspective." "I do not know whether to say that it has given me distance, but I do know a point of view with which to develop a more fluid work and to be able to say 'this is what works and this what does not', to know where we want to pull in the new representation ".

As in the book, in which music and artists give titles to the different chapters, the show mixes classical music with modern themes.

I Am What I Am

, appears in my book.

, that hymn that represents the group, and a classic. A good part of those themes are brought to the stage. But all of them cannot, because it would be four hours of music. I have made a selection so that the word, the verb that is channeled through the voice of María Romero, is strengthened and accompanied. soundtrack that is in the background, is a traveling companion ".

But make no mistake, the show "

is not entertainment culture

." "My work and this new version is intended as a reminder, as a reality slap, you might say. It is even uncomfortable at times. Of course it is uncomfortable to see reality! It is not complacent. I do it to remind everyone that These things keep happening. And even if we want to wear the medal, the insignia that we are one of the countries that has won the most civil rights and protects the LGTBIQ community the most,

the risk that we can take steps back is real.

. And above all that the most vulnerable groups, such as children, are always there. We forget that all those messages, all those hateful speeches, are also heard by children who do not even know what it means. "Lee is the creator and

focused on helping people through the arts. most vulnerable sectors of society.

"It is very easy to take for granted anything that we already have and we do not realize that it is very easy to lose it, whether it is rights or privileges. Not only civil rights, but also labor rights.

Anything that has been achieved with a lot of effort by Previous generations, we take them for granted today

. We are in a moment in which we take for granted that things like Wi-Fi are already everywhere, but then one day WhatsApp falls and the one of God is mounted, "he concludes.