Corona vaccine booster vaccination started yesterday for workers in corona treatment hospitals. It doesn't seem like a big deal right now to change the direction to a step-by-step daily recovery while over 60% of the total population in Korea has been vaccinated. 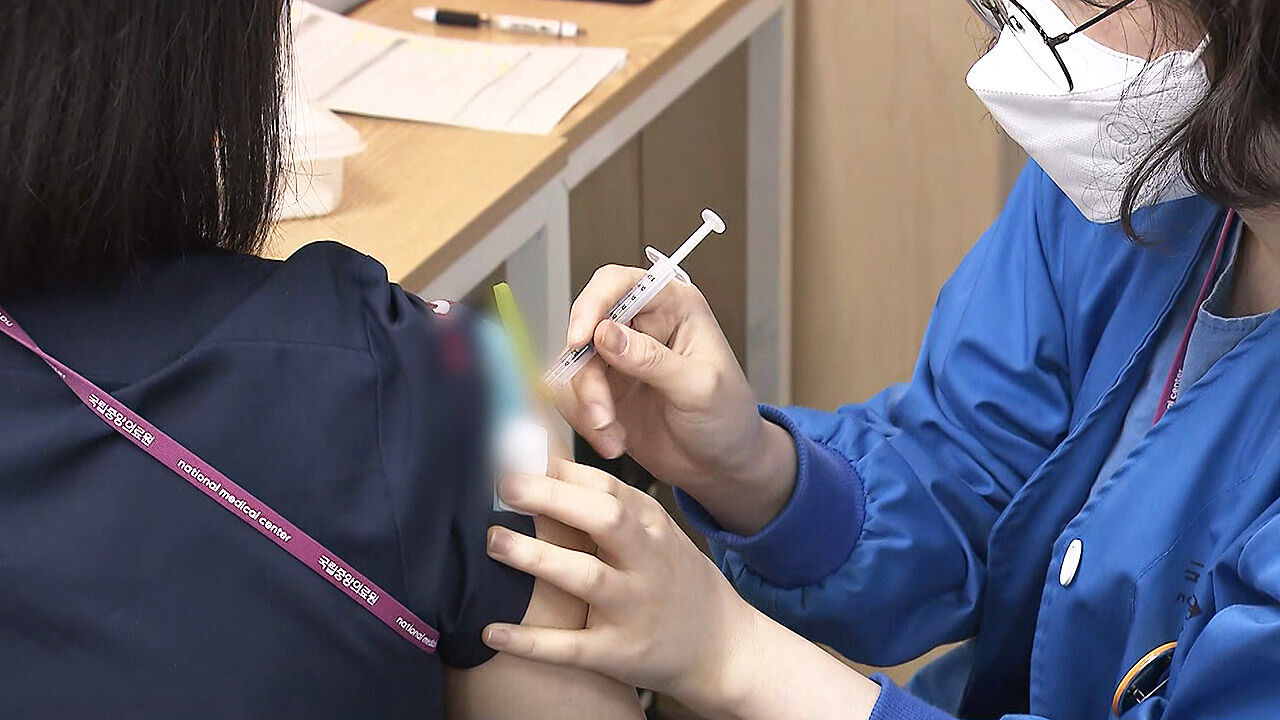 Additional vaccinations for the corona vaccine started yesterday (12th) for workers in corona treatment hospitals. It doesn't seem like a big deal right now to change the direction to a step-by-step daily recovery while over 60% of the total population in Korea has been vaccinated.

[Pfizer will give you the third dose. Do not rub the injection site.] The

third booster inoculation, which was first started in Korea, was conducted only for those who wished to be in the corona treatment hospital 6 months after the completion of the inoculation.

About 45,000 people were vaccinated, and only Pfizer vaccines were used.

He says he feels more at ease after the booster dose as he comes into contact with the patient every day.

[Gong Hye-jeong/Nurse of National Medical Center: I was a little worried about the people who were hospitalized. I wish the booster shot had a better effect this time... .] For

those over 75 years of age and those who enter the elderly facility, a notice is being sent to those who work 6 months after completing the vaccination. The first vaccination will be on the 25th.

From the 1st of the next month, immunocompromised people with underlying diseases, from the 10th, residents and employees of nursing hospitals, and from the 15th, workers at hospital-level or higher medical institutions.

In December, socially essential workers and the general public under the age of 60 will receive additional vaccinations.

Moderna and Janssen vaccines are also expected to be approved for booster shots in the US soon, so it is expected that they will be used for booster vaccination in Korea.

The vaccination completion rate relative to the population exceeds 60%, and the quarantine authorities are judging that there will be no problems with the goal of over 70% within this month.

Prime Minister Kim Bu-gyeom said, "The time for the gradual recovery of daily life can be a little earlier." This is interpreted as meaning that if the goal of completing 70% of the nation's vaccinations is achieved early, it will be possible to return to daily life even before the 9th of next month.