"Increasing inoculation, slowing infection"... Expansion of benefits for those who have completed vaccination

The number of additional confirmed cases is around 1,300, and there is an analysis that the speed of the virus spreading has slowed down compared to before. However, we have to watch the number of patients this week more to see how much the aftermath of the last holiday will be. 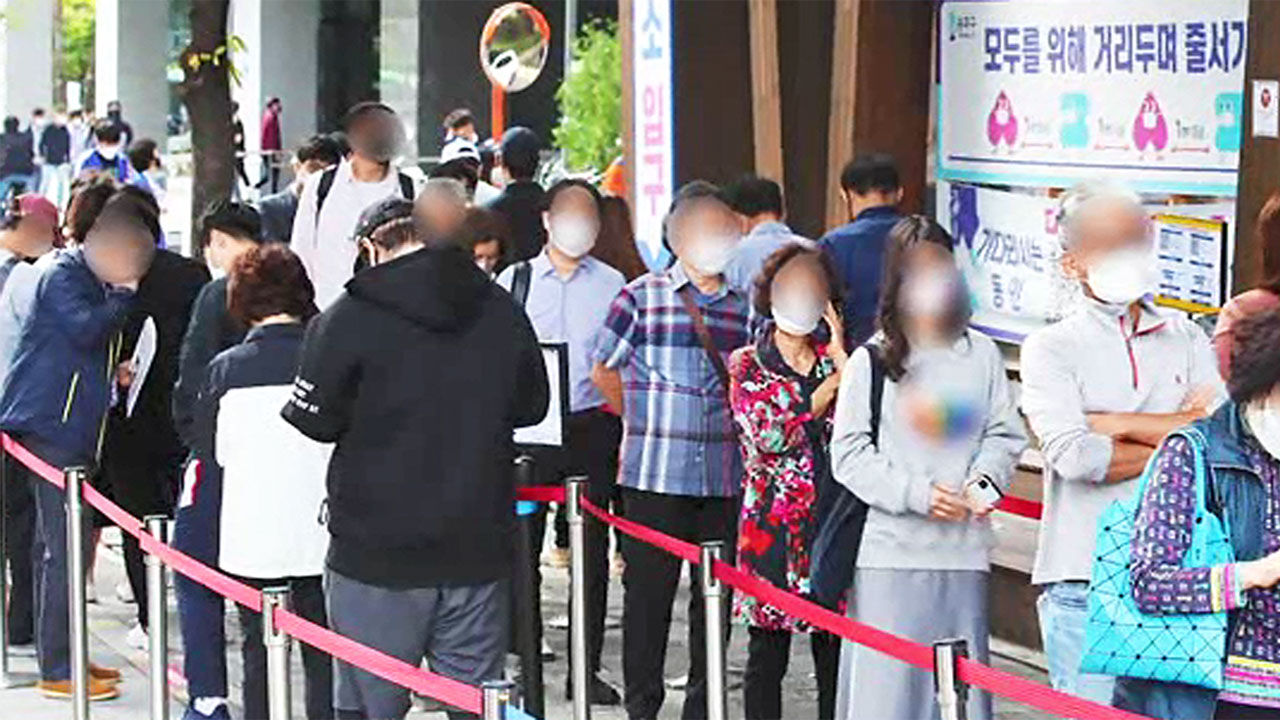 additional confirmed cases is around 1,300, and analysis is coming out that the speed of the virus spreading is slower than before. However, we have to watch the number of patients this week more to see how much the aftermath of the last holiday will be. The government is also reviewing measures to further loosen quarantine regulations from the new distance that will be applied from next week.

is a hospital in Gangbuk-gu, Seoul.

After one worker was first infected on the 9th, 12 more were confirmed.

Six, half, had breakthrough infections after vaccination was completed.

In Daegu, about 40 church members who traveled to Seoul by chartered bus at the end of last month were confirmed.

Although large and small group infections continue, the spread, which has exceeded 2,000, is stabilizing somewhat.

[Park Hyang / Central Accident Control Headquarters Head of Prevention and Prevention: The current epidemic is spreading mainly among those who have not completed vaccination. Therefore, it seems that the speed of transmission is slowing as the number of vaccinations is gradually expanded.]

, the number of people traveling during the

Hangeul Day holidays exceeds the Chuseok and National Foundation holidays, so the number of confirmed cases may increase significantly this week.

[Kim Bu-gyeom/Prime Minister: (Increase in movement) The aftermath may appear in earnest this week.

Citizens who have been on a trip, be sure to take a diagnostic test before returning to their daily routine.] The

quarantine authorities will announce a new distance adjustment plan that will be applied starting next Monday on Friday.

This is the last distance before the gradual recovery of daily life, and the government is considering easing some quarantine measures, focusing on those who have completed vaccination.

The COVID-19 Daily Recovery Support Committee, chaired by the Prime Minister as the co-chair, will hold its first meeting tomorrow (13th) and officially launch.