Ranking manipulated: why China could cost the IMF boss her job

Kristalina Georgieva, director of the International Monetary Fund, risks losing her job this week. She is accused by the United States and an independent report of having yielded to the influence ... 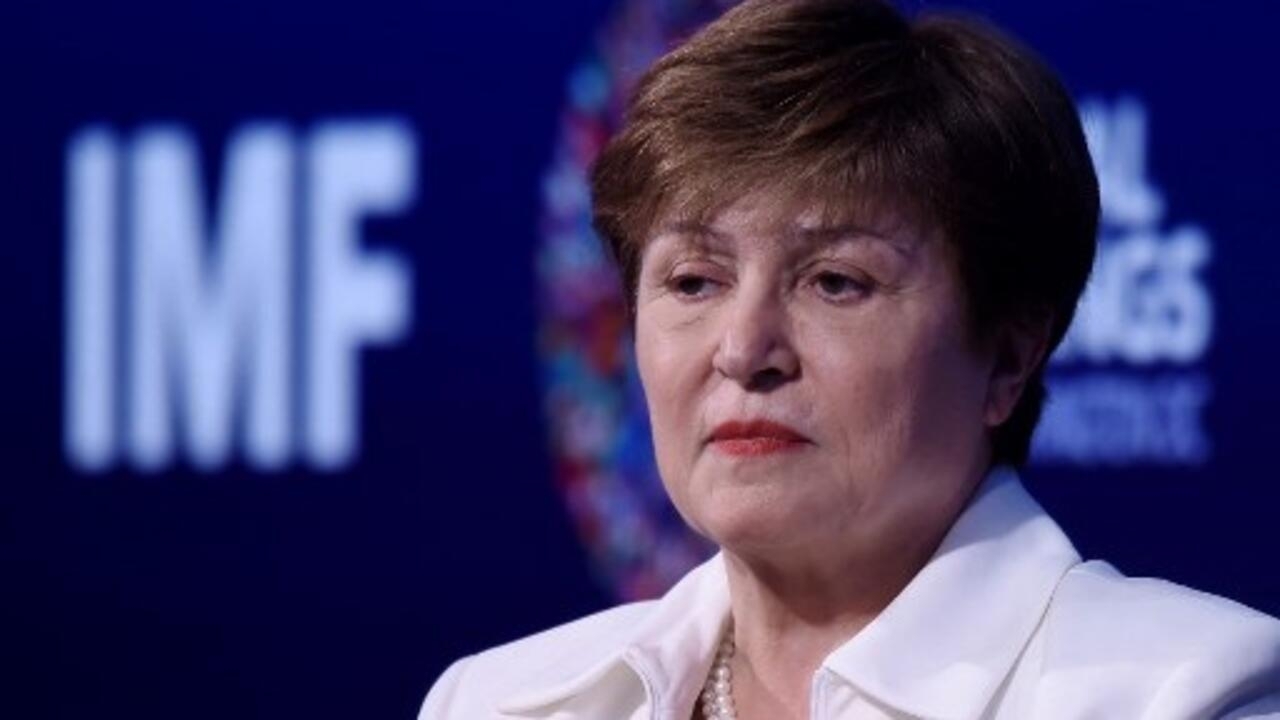 The annual meeting of the two main world financial organizations - the International Monetary Fund (IMF) and the World Bank -, which begins Monday, October 11, risks turning into a game of massacre to decide whether or not Kristalina Georgieva will survive as director. General of the IMF.

The sentence is supposed to fall "very soon", assured the board of directors of the prestigious international institution, Sunday, October 10.

The 24 members of this cenacle would have made "significant progress" on the thorny question of the future of the one who replaced the French Christine Lagarde at the head of the IMF in 2019.

The fate of Kristalina Georgieva has become a real geopolitical issue.

On the one hand, the United States and Japan, two of the IMF's main donors, want to get rid of it.

On the other hand, the main European powers - United Kingdom, France and Germany - China and Russia are much less in a hurry to see her go, says the Financial Times.

So why is it that Janet Yellen, Secretary of the Treasury (equivalent to the Minister of the Economy) of US President Joe Biden, no longer wants to answer Kristalina Georgieva's phone calls? Why did elected Democrats manage to come to an agreement with Republicans to, together, cast doubts on the credibility of the IMF under a presidency of the Bulgarian economist?

Her reputation was severely damaged by the publication, on September 16, 2021, of a report on suspected data manipulation at the World Bank in 2017. Kristalina Georgieva, then the World Bank's number 2 post , is accused there in words barely covered by the American law firm WilmerHale of having helped China not to lose its place in the prestigious annual "Doing Business" report.

"These conclusions read like a thriller about the underside of decision-making at the World Bank," said Adam Tooze, a professor of contemporary history at Yale University, in an article in defense of Kristalina Georgieva, published on his blog.

The legal firm's document explains how Beijing allegedly put pressure on Jim Yong Kim, then head of the World Bank, and its number 2 so that the 2018 edition of the "Doing Business" report best reflects the economic reform efforts undertaken by the China.

The concern of the Chinese can be understood: this document published every year since 2002 is "the most useful thing developed by the World Bank", assures the Wall Street Journal in an editorial at the end of September devoted to the scandal. Over the years, it has become the bible for investors to choose in which country to invest and is even used by the World Bank to establish its strategy for lending to developing countries. "Paul Kagame in Rwanda had set up a 'task force' to think about the best reforms to undertake to gain places in the ranking of the 'Doing Business' report, while Narendra Modi campaigned for his re-election in India by highlighting the good marks of his country in this report ", recalls in a blog post Justin Sandefur,researcher at the Center for Global Development, a North American think tank on development economics.

Problem: the teams of the "Doing Business" report had come to the conclusion that China had lost seven places in one year.

The investigation by WilmerHale suggests that the management of the World Bank thought they could not afford to offend Beijing while at the same time, the institution was seeking to raise funds.

This is why Kristalina Georgieva would have asked her troops to find a way to make the Chinese picture pink.

She even "went to the home of the main author of the section on China in 'Doing Business' to ensure in person that the changes made had a sufficient effect on the ranking of the country", we can read in the WilmerHale report.

It is hard to imagine a worse sin in Washington's eyes than showing favoritism towards China in the current context of Sino-American tensions.

This is why the United States and its main ally in the Pacific zone - Japan - want her to leave the very strategic post of patron of the IMF.

In a letter sent at the end of September to Janet Yellen, Republican senators warn against what they call the dangers of having at the head of the IMF a personality likely to give in to Chinese pressure.

She quickly received support, starting with several European states that had campaigned for her appointment as director in 2019.

The finance ministers of 16 African countries as well as several leading economists, all ranked on the left on the political spectrum, have also mobilized to defend the patron of the IMF. "This report [of the WilmerHale cabinet] is a pure work of undermining", carried away Joseph Stiglitz, Nobel laureate in economics in 2001 and former chief economist of the World Bank, in a column published by the Project Syndicate site. "Kristalina Georgieva undergoes a treatment reminiscent of McCarthyism [ideological witch hunt against the Communists in the United States in the 1950s, Editor's note]", protests, for her part, Jeffrey Sachs, the famous American economist and specialist in questions development, in a column published by the Financial Times.

For them, the attacks against Kristalina Georgieva are the work of the ultra-conservative American right, "obsessed with its anti-Chinese paranoia" and its mistrust of the IMF. Since her arrival at the head of the IMF, the Bulgarian has, in fact, implemented a policy much more favorable to poor countries than that of her predecessors. Its action during the pandemic to come to the financial aid of the countries most affected by the health crisis, has been praised by most development economists, recalls the Wall Street Journal. She also indicated that the IMF should take global warming into account more in its investment strategies.

What to bristle the hair of the American conservatives.

And it would not be a coincidence, assures Joseph Stiglitz, if the investigation of the WilmerHale cabinet was commissioned by David Malpass, who became boss of the World Bank in 2019 on the recommendation of former US President Donald Trump.

"He is deemed hostile to the IMF and China," confirms historian Adam Tooze.

The only good news, in the eyes of defenders of Kristalina Georgieva, was that this scandal prompted the World Bank to abandon once and for all, on September 16, its famous "Doing Business" report.

For Joseph Stiglitz and others, this document was the reflection of an ultra-liberal vision of the world that no longer needed to be.