It is a real-time e-news that looks at the news that became a hot topic on the Internet overnight. Interest was high in the video of a vehicle that overturned after collided with a vehicle that suddenly cut in without turning on the turn signal. 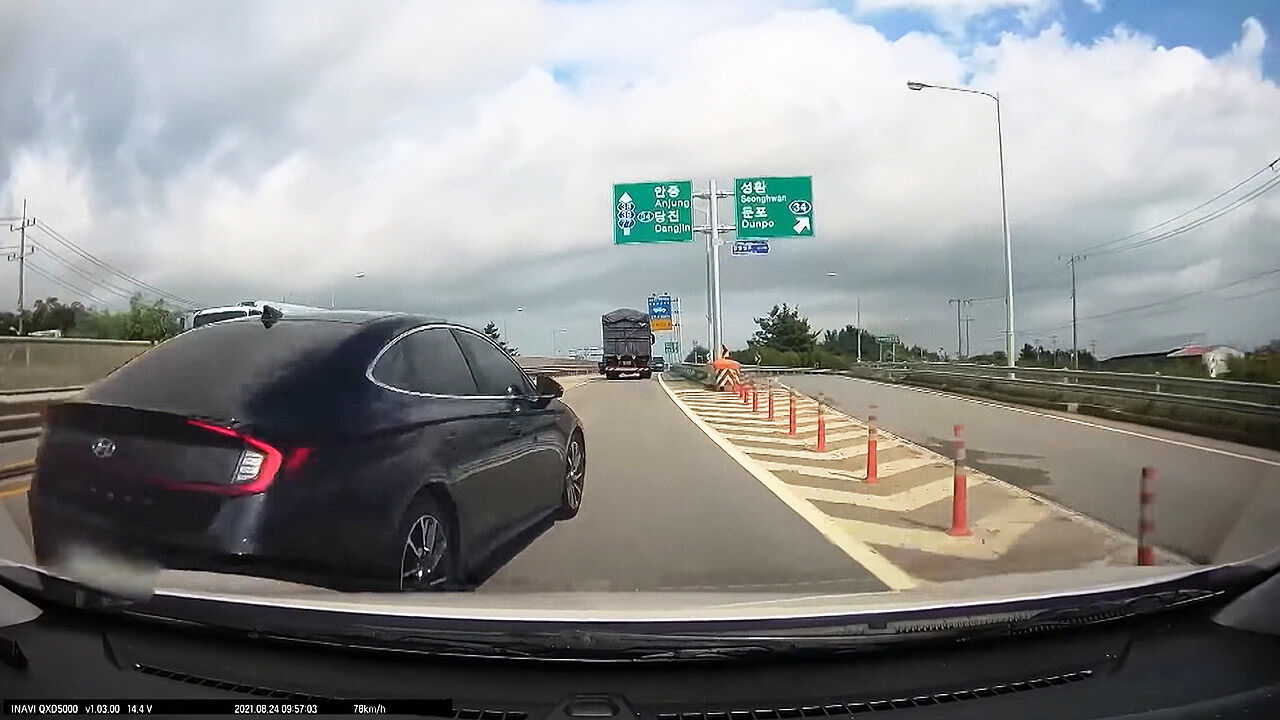 The accident occurred last August on an exclusive road for cars from Asan, Chungcheongnam-do to Dangjin.

According to the informant at the time, he was driving in the second lane in advance to keep the speed limit of 80 km and to go out. It was completely overturned when it collided with the

It is known that the informant was diagnosed with a spinal compression fracture for 10 weeks as a result of the accident.

A traffic accident legal expert who saw the accident video said, 'This accident is a very natural negligence ratio of 100 to 0' and advised, 'Please check whether there are any remaining obstacles for the injury and ask for alimony'.

I've read a lot of articles about William Shatner, who played Captain Kirk in the American sci-fi drama Star Trek, on a real space trip.

The New York Times reported that Shatner would board the Blue Origin's 'New Shepard', founded by Amazon founder Jeff Bezos.

The New Shepard, which will be launched from Texas on the 12th, will cross the Karman Line at an altitude of 100 km and reach the edge of space.

Four space travelers, including Shatner, experience microgravity, which is close to zero gravity, for about four minutes. Shatner tweeted, "I'm going to be Rocket Man." He expressed his feelings.

I get joked questions from fans about whether it's true that I traveled to space, but now I can answer 'yes' with confidence.

The 90-year-old will become the oldest space traveler when he returns from this flight.

people of Hwacheon Daeyu, who made huge profits from the Daejang-dong development project, are also interested in where they spent this money. Cheonhwa-dongin No. 1, an affiliated company of Hwacheon Daeyu, bought a house of more than 6 billion won, and in the process, the wife of the owner of Hwacheon Daeyu Kim Man-bae. This intervention was detected.

A house in a luxury housing complex in Seongnam City, Cheonhwa-dongin No. 1, was purchased for 6.2 billion won in October 2019.

The real estate agents explain that Mr. Kim asked an acquaintance of a real estate agent to find the property, and that the first employee in Cheonhwa-dong came later to finalize the contract.

It is possible that the CEO of Cheonhwa-dong No. 1 Han-seong Lee resided, but the address of the CEO is known to be elsewhere.

Because of this, it is not clear who the real owner of the house is.

Police will also call Lee to investigate the source of the home purchase funds and the beneficial owner.