The government reaffirmed its position that it is difficult to maintain the current 'social distancing' system to respond to COVID-19, and that it will devise a step-by-step recovery plan. 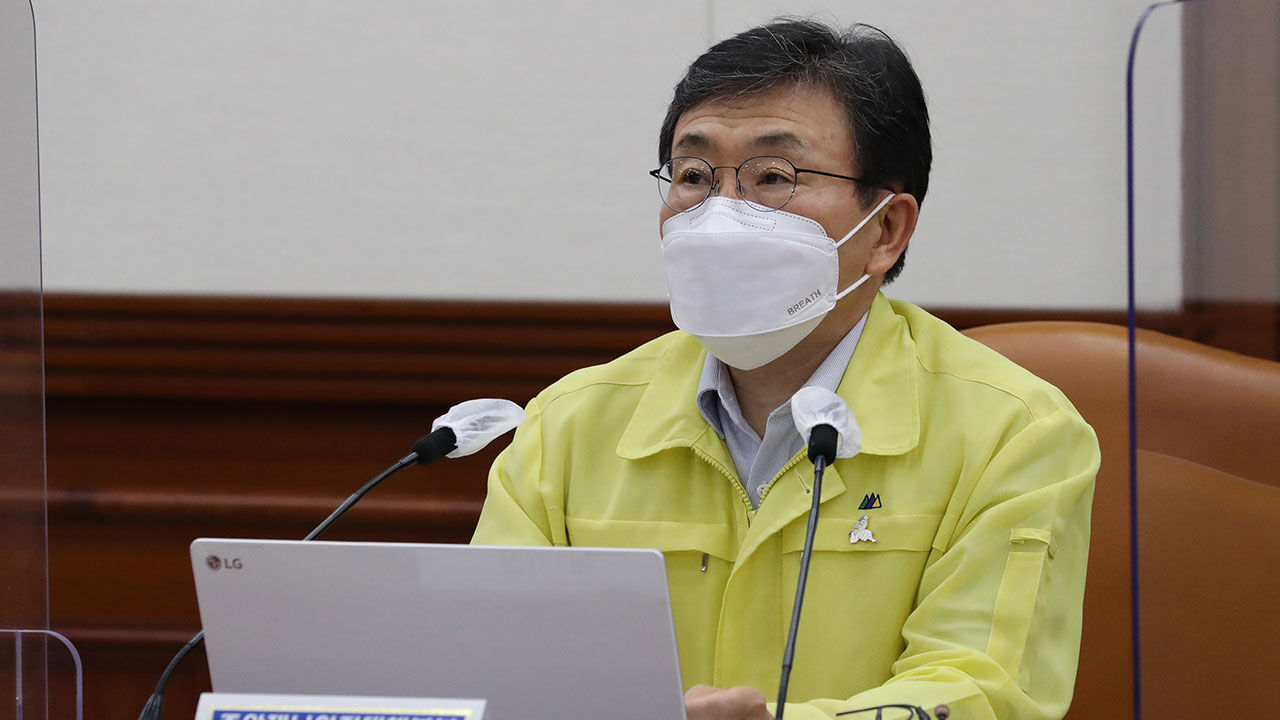 The government reaffirmed its position that it is difficult to maintain the current 'social distancing' system to respond to COVID-19, and that it will devise a step-by-step recovery plan.

The end of October and early November were suggested as the time for the transition of the quarantine system to a gradual recovery of daily life, so-called 'with Corona'.

Minister of Health and Welfare Kwon Deok-cheol said, "Is it possible to maintain the current distance system when referring to other countries where vaccination rates have increased significantly..." "It is a very difficult situation for the public to continue to comply with quarantine rules," he said.

He said, "We are trying to find a way to restore daily life step by step, how to take social distancing and quarantine measures in the future with experts and the media."

Minister Kwon said, "Even in the UK and Germany, we are gradually finding ways to restore daily life through the 'vaccine pass', such as easing the quarantine rules for those who have completed the vaccination or have been fully cured of COVID-19 (diagnostic test result). "He said.

Regarding the transition point to the step-by-step routine recovery system, he said, "It seems to be a transitional time at the end of October, when the vaccination rate will reach 90% of the elderly and 80% of the general population (based on adults)."Considering the two weeks after completing the vaccination at the end of October, when the immune effect appears, it will be around the beginning of November, and then we are considering a step-by-step recovery plan.”

He added, "There is a 'delta' mutant virus that has great transmission power, and we have no choice but to go step by step to protect the unvaccinated."

Regarding the specific details, Minister Kwon said, "We are reviewing measures to alleviate the distance between private gatherings and multi-use facilities, focusing on those who have completed vaccinations. I think," he said.

Regarding the situation of the Corona 19 epidemic, Minister Kwon said, "During the Chuseok holiday, the amount of travel increased to meet relatives that I had not seen before, and the number of confirmed cases increased sharply due to increased human contact." 75% of those who have been vaccinated and 47% of those who have been vaccinated, so the number of severe cases and deaths is not increasing.”

Minister Kwon said, "We are building a medical response system to deal with up to 2,500 (new confirmed cases per day)," said Minister Kwon. I think this will be necessary.”