Kim Man-bae, the major shareholder of Hwacheon Daeyu Asset Management, who received a large dividend from a public development project in Daejang-dong, Seongnam-si, Gyeonggi-do, appeared at the police today to receive an investigation as a witness. 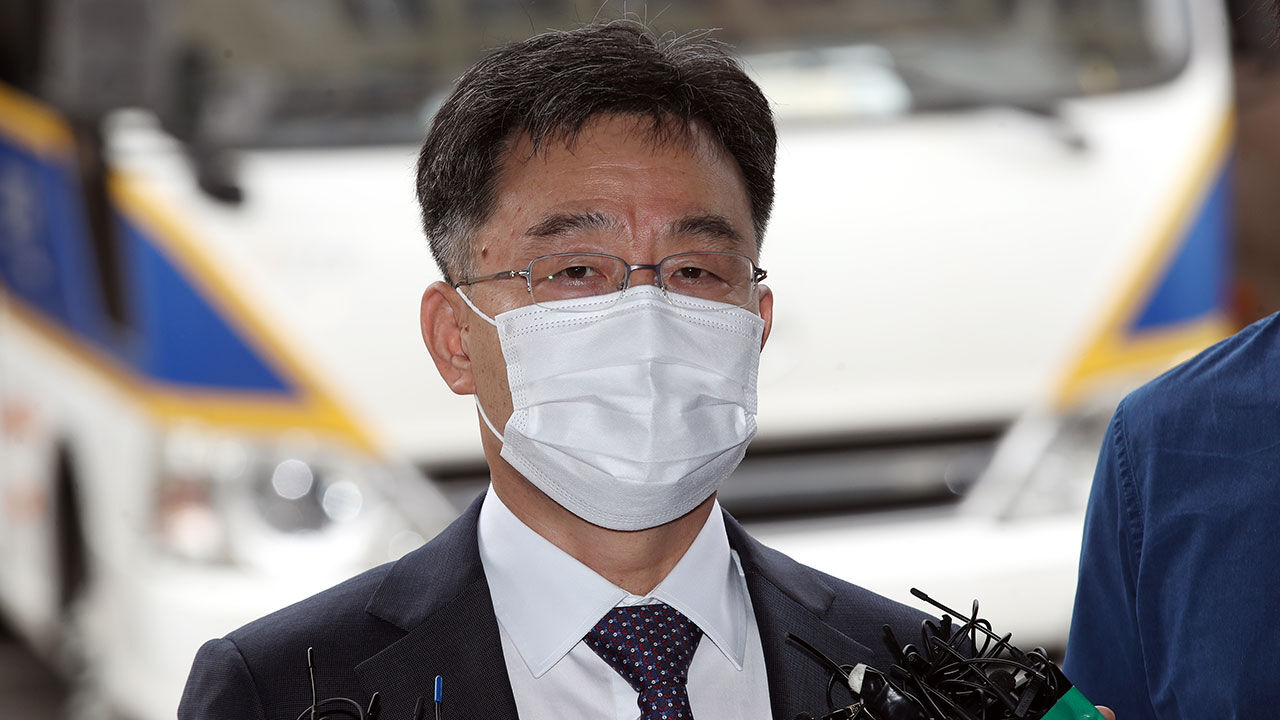 Kim Man-bae, the major shareholder of Hwacheon Daeyu Asset Management (Hwacheon Daeyu), who received a huge dividend from a public development project in Daejang-dong, Seongnam-si, Gyeonggi-do, appeared at the police today (27th) to receive an investigation as a witness.

Kim appeared at the Yongsan Police Station in Seoul around 9:55 am today and said, "There was no such thing (political lobby) at all" to a reporter's question whether it was the 'Daejang-dong Gate'.

Regarding the formation of a luxurious legal advisory group estimated to be about 30 people, he said, "They are my favorite brothers, and they give me a lot of advice mentally and psychologically."

Regarding the controversy over the son of independent lawmaker Kwak Sang-do, who worked at Hwacheon Daeyu for 6 years and received 5 billion won in severance pay, Kim avoided an immediate answer, saying, "He suffered an industrial accident. There are parts that are difficult to tell because of privacy."

Regarding the severance pay for the daughter of former special prosecutor Park Young-soo, he said, "He has not yet been retired, so a decision has not been made."

Kim drew a line with the media reports that he withdrew funds from Hwacheon Daewoo in the last year of the general election and turned it into cash, saying, "You are free to write articles, but you will have to take responsibility."

He also emphasized, "I used it for operating expenses," and said, "It is all in the account and I will faithfully explain it in the police investigation."

therefore "I was supposed to repay the loan from September, but something happened and I couldn't arrange it," he said.

When asked if he was communicating with lawyer Nam Mo, the owner of 'Cheonhwa-dongin No. 4', an affiliate of Hwacheon Daeyu, where rumors of escaping from the United States were raised, he replied, "I don't know because they are not people I have to manage."

The police will intensively investigate the circumstances and whereabouts of the large amount of company money borrowed from Mr. Kim and confirm the exact nature of the money.

According to the Hwacheon Daeyu audit report posted on the electronic disclosure system of the Financial Supervisory Service in April, it was identified that Kim borrowed 47.3 billion won from the company in the name of long-term loans.

Hwacheon Daeyu participated in the Daejang-dong public development project promoted by Gyeonggi Governor Lee Jae-myung, a powerful presidential candidate of the Democratic Party of Korea during the Seongnam mayor, and received a dividend of 1,154 times the amount of the investment, raising suspicions of preferential treatment.