Why digital is a real "hell" for the environment

Journalist Guillaume Pitron publishes `` Digital Hell '', a book in which he analyzes the impact of the digital ecosystem on ecology. E-mails, interactions on social networks, manufacturing of devices, the cloud… The variations of this massive pollution are numerous, explains the journalist &amp; nbsp; 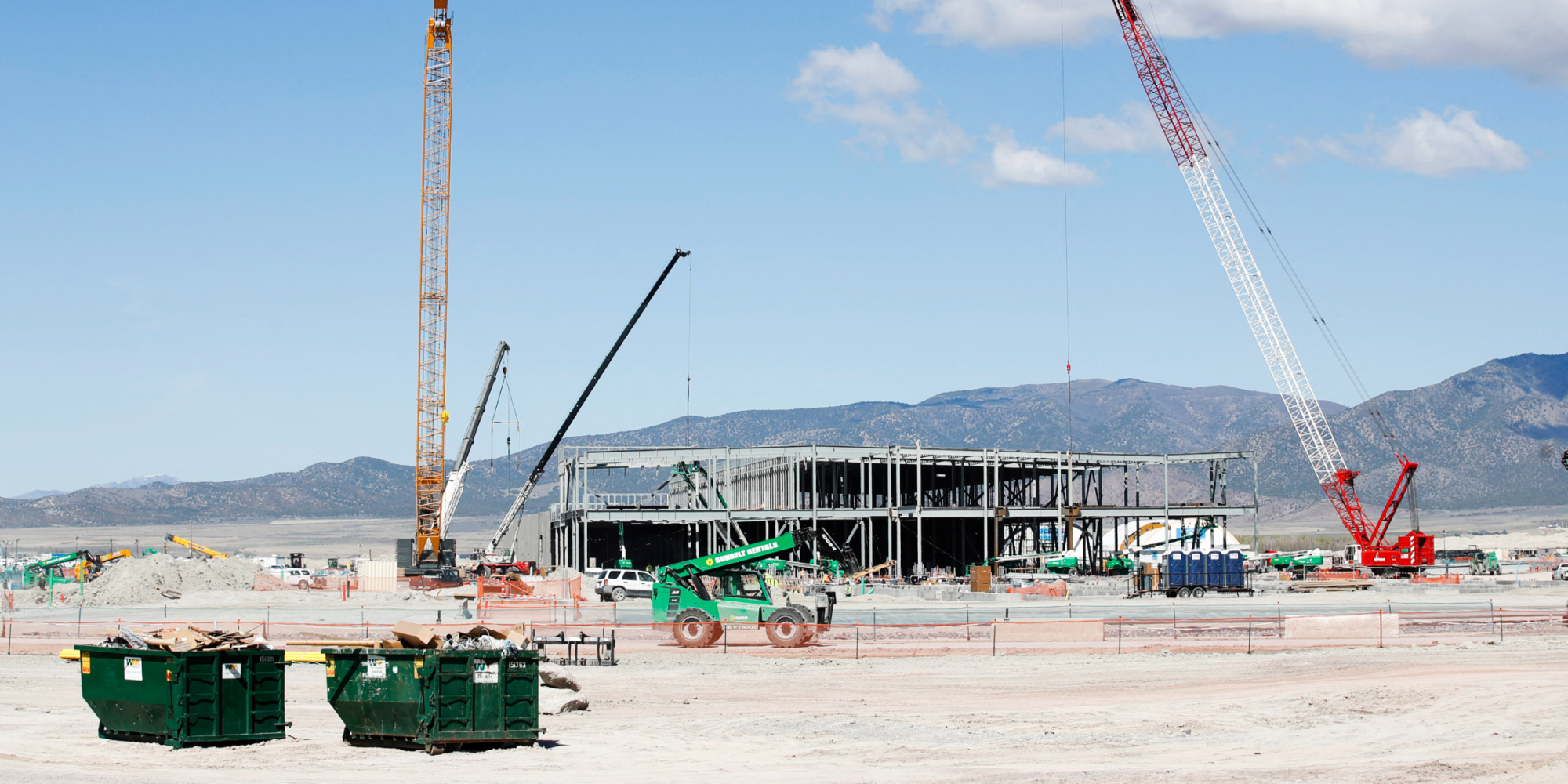 Journalist Guillaume Pitron publishes "Digital Hell", a book in which he analyzes the impact of the digital ecosystem on ecology.

E-mails, interactions on social networks, manufacturing of devices, cloud… The variations of this massive pollution are numerous, explains the journalist

Is a notification polluting?

Is buying a state-of-the-art smartphone bad for the environment?

To all these questions, the journalist Guillaume Pitron answers in the affirmative.

Specializing in the ecological impact of human activities, he publishes

(Les liens qui libéré editions) and describes in an exhaustive way, on Europe 1, how digital is incompatible with ecology?

It is believed that digital technology has no material impact on the planet, but this is not true.

Digital pollution is considerable, it is much worse than air traffic ...

"The pollution of our data and all our digital interactions is 4% of greenhouse gas emissions, a little less. However, global civil air traffic is 2.5%, so that's is 1.5 times more.

Where do these little thumbs go that we send by the millions on social networks?

The like is a bit of a symbol of our connected lives and when I press like on my phone. First, the like will go to the 4G antenna which is above me or to my WiFi box if I am at home then will then descend via cables under the sidewalks, join other cables, often cross a generally Atlantic Ocean because this like belongs to Facebook. So, suddenly, it will end up in a data processing center where this like is stored and back to you via the Atlantic Ocean via submarine cables, since in fact, 99% of our likes and the information does not pass over our heads via the satellites, but under the sea and end up in the phone of the neighbor who was like, even if this neighbor is 2 meters from me. In reality,he's come all this way, so there's an absolutely colossal infrastructure to have supposedly dematerialized lives.

"5,000 Eiffel Towers of electronic waste are produced each year"

This pollution is primarily due to the 34 billion computers, smartphones and tablets that we use to go on the Internet.

They have to be manufactured and a smartphone contains, for example, more than 50 raw materials.

A cell phone is not only used for telephoning today, it is even very incidental.

It is used for geotagging, taking photos or videos, ordering a pizza, meeting a soul mate and therefore, the phone's features have multiplied.

However, we want phones that are always more beautiful, always more miniaturized and therefore for which we always need more raw materials, often alloys, materials mixed with each other.

In fact, this phone is a concentrate of technologies that has a colossal impact on the environment when you think about how to make it in order to then have it all miniaturized, all beautiful, all clean in our pocket.

5,000 Eiffel Towers of electronic waste are produced each year.

The huge issue will be how to recycle all this.

What do we do with all this waste that has no value and yet will become the treasure maps of tomorrow?

This pollution also comes from the data we produce.

You have to transport them, process them, store them, like the likes you described earlier.

Again, the pollution is terrible.

Each time, it is an additional pollution to multiply all this equipment, obviously.

And then, our likes will end at one point or another stored in data centers, which are also called "data centers" which store the memory of the world.

They are not going to be stored in one place.

All of our digitized lives are stored in piles of data centers.

They are duplicated because if one data center fails, another data center must immediately take over.

"Wherever we go, we see an impact"

We don't like to wait and we want everything to happen right away on the Internet.

And for that, you have to duplicate the data.

Your Gmail mailbox, if you have one, would be stored in six different places on the planet, in six data centers so that you are close to a data center in the world where you connect. And then, so that there are data centers that ensure continuity of service because if ever there is one that breaks down, it would be unbearable to wait three seconds too long. And so, everything will have to be redundant. And so all of this, of course, is material, more infrastructure to be built that must be connected to the network. And then, they must naturally be cooled since it heats up. So for that, you need air conditioning systems that consume electricity. Where does the electricity come from? There is an energy cost, an electrical cost and therefore, necessarily,a cost in terms of greenhouse gases.

There are currently more than 3 million data centers on the planet that consume water to cool them and electricity ...

This electricity can be produced by coal mines. This is particularly the case with the coal mines in the Appalachians, where I visited. It is still a large coal mining area today. And some of that coal is used to provide electricity and the source of electricity, which is used in particular to run the 'data centers city' of Dashburn, which is a city south of Washington and through which 70% of our data passes through. Except that at the base, there is a practice of mountain top removal. The summits of the Appalachian mountains are blown up with dynamite to remove the coal. It's a little flattened when you go there. Wherever we go, we see this impact as long as we open our eyes and go to the right place.

>> Re-listen to the entire program It happened tomorrow Sunday, September 26

You also visited a village in the north of Sweden in the Far North, where all the data produced in Europe by Facebook is gathered.

Facebook found that a data center needed to be brought closer to European users, but also African and Middle Eastern users. He also notes that his reputation is engaged and tarnished by everything we are saying to each other now and which are starting to rustle in the media. Facebook in 2013, said to itself 'But how could I sell the story of a green data center in the Far North that will consume less electricity since it will not have to be cooled with artificial air conditioning? It will be enough to open the door of the data center officially to cool our data '. All of this can be found in 2013, in the depths of Sweden, where I went and where finally all my friends are there. All the cat videos and all the invective and all the admonitions,all the likes are in this hangar.

"The more virtual, the more material"

With your book, we quickly realize to what extent this "intangible" economy has nothing intangible about it.

The more virtual it is, the more material it is. It's completely counterintuitive, but the more we go towards small, beautiful products that we have in our pockets, cell phones, etc. which are more paradoxically light, the material legacy of these products, of these tablet and computer interfaces is heavy because they have to be manufactured. When we look at all the infrastructure that has been developed, deployed, Greenpeace still tells us that it is on the way to becoming the largest and largest thing man has ever built in history. All this for a so-called cloud that has no cloud in name. Our dematerialized lives do not exist, it is a myth, a great narrative of capitalism which would like to make coincide theendless enrichment of populations with the preservation of ecosystems. In reality, it has an absolutely colossal material cost and which will only increase in a world of 5G with all the increasingly strategic data for our economies that will have to be stored.

When everything is interconnected, it will be even worse, right?

Some techno-prophets want to interconnect everything. They advertise the internet of everything, that is to say that I will be a connected object. Suddenly, I will be electronic waste for which it will take recycling channels, for prostheses, but also for the implants that I will have under the skin, which will perhaps allow me tomorrow to enter the internet differently than my cellphone. The Internet of Everything is a huge production of data. We are australopithecines compared to the internet of 2031, in ten years, if we find ourselves here on Europe 1. It is absolutely colossal what awaits. They say you have to empty your mailbox, which is absolutely essential. But in fact, I am teaspooning the ocean in the face of the looming data tsunami.

Robots pollute even more than connected humans and animals.

More data is produced by robots today than by humans.

It's only going to go through speeding up with an internet of bots, made by bots for bots.

We will play a completely subsidiary role in this ecosystem which will turn on itself.

The stakes in front of us are absolutely fascinating, colossal. "