pay taxes? Lots of crime? Prejudice in the era of 2 million immigrants

Today is World Migrants and Refugees Day. There are about 2 million immigrants living in Korea. Reporter Im Sang-beom reports how we view these immigrants who are now a part of our society. 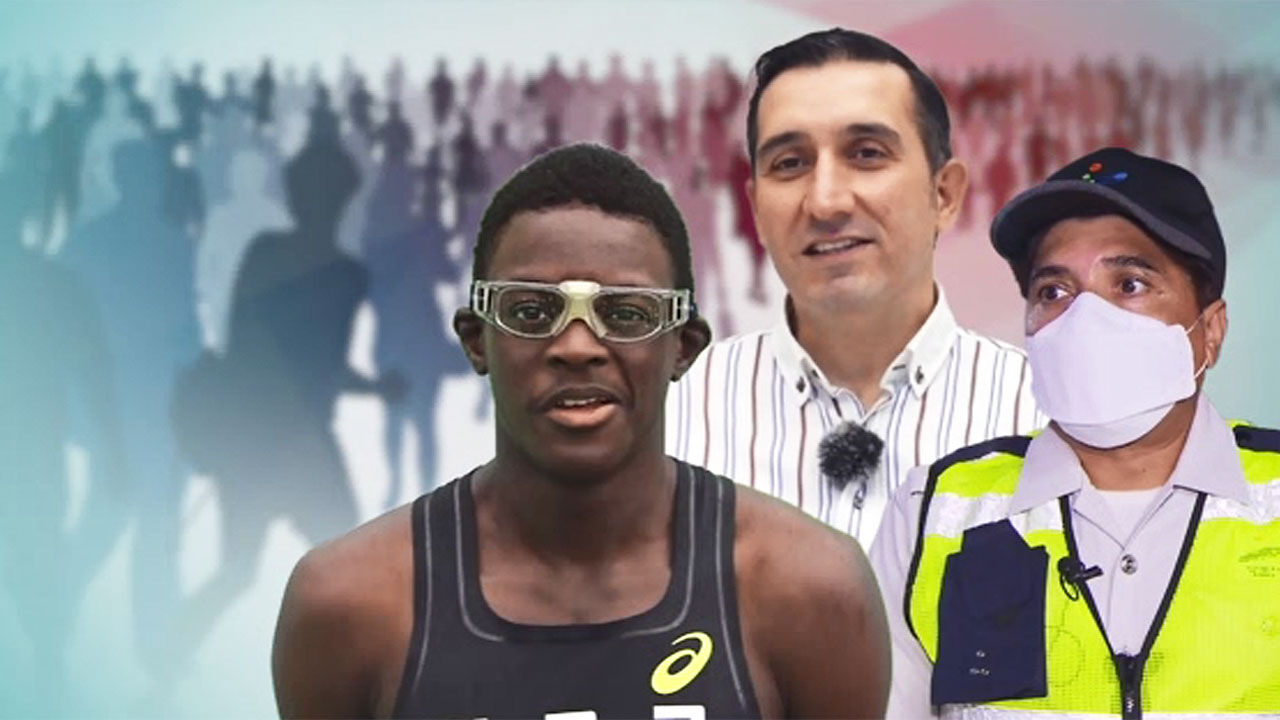 Today (26th) is International Migrants and Refugees Day. There are about 2 million immigrants living in Korea.

Reporter Im Sang-beom reports how we view these immigrants who are now a part of our society.

Biwesa, '100m of Hope'. I was born and raised in a family of Congolese immigrants.

[Biwesa Kashima/Ansan Wongok High School: My goal is to become a national representative and I want to come out with a more overwhelming image.]

/LGCNS Smart Logistics E-Commerce Team Responsibility: Turkey is the only country that Koreans call a brotherly country, a blood alliance. So you did a very good job. It's a very long time. I want to repay this heart.]

Mr. Jang Akram from Pakistan is a civil servant for 9 years.

[Jang Akram / Ansan-si, Gyeonggi-do civil servant: My father is a civil servant with confidence even for the children. That's the answer.]

Each of us plays a role like salt in our society, but our prejudices against them remain.

one question. Are you taking my job?

[Lee Gyu-yong / Korea Labor Institute: Such phenomena that infringe on jobs are partly natural. In the case of industries or regions with heavy population outflow, production activities do not work without immigrants… ]

[Yoo Min-yi/Immigration Policy Research Institute: (Tax paid by immigrants) Only corporate tax and income tax are counted as statistics, but it is about 1.9 trillion won. (Of them) 360 billion won seems to be the amount actually used by foreigners.]

Three questions. Is there a lot of immigration crime?

[Kim Ji-sun/Korea Institute of Criminal Justice Policy: The crime rate of Koreans has always been more than twice higher than that of foreigners. Foreigners are the main victims of foreign crimes.]

How did immigrants view the movie 'Minari', a movie about a Korean immigrant family settling in the United States?

[Noja Park/Professor, University of Oslo, Norway: You really need to know how to do gyeojiji. Vietnamese yiradeunga Cambodians When will the day watching practice the Korean dream really come].

[Inyohan / Severance Hospital International Health Care Center Director: gotta have such a society that delicious taste to me blending a mix like bibimbam gateumyeon true, I think -

Korea has always been at the bottom of the Receptivity Index, which shows the inclusiveness of immigrants.

Accepting immigrants is of course a matter to be judged from the point of view of national interest, but the stage of contemplating whether it is an immigrant country or an immigration lockdown country has already passed.