SpaceX's first private mission went as planned. The four space tourists returned safely to Earth on Saturday evening. This is the first time that an orbital flight has not feature… 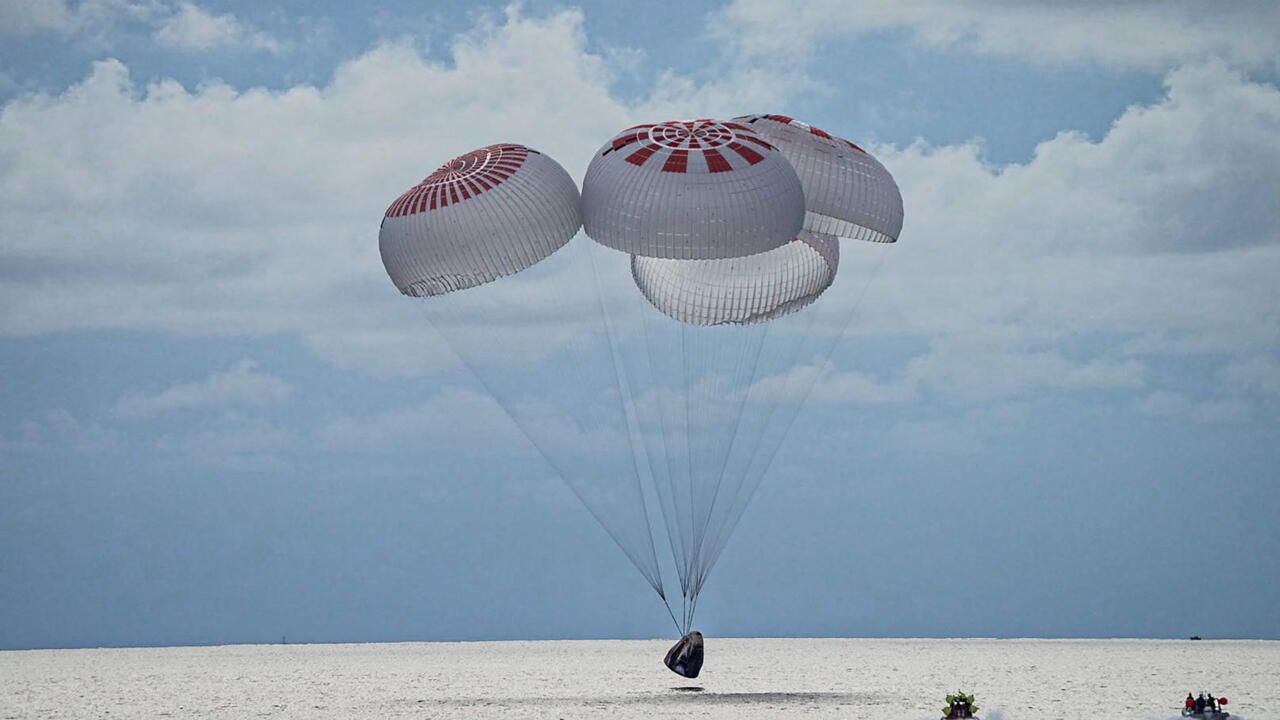 The era of space tourism is definitely here.

SpaceX's first four space tourists returned to Earth on Saturday, September 18, after spending three days in space, crowning the first orbital mission in history with no professional astronaut on board.

The Dragon capsule resisted the vertiginous descent thanks to its heat shield, then was slowed down by four huge parachutes.

"It was a hell of a trip for us, and it's only just beginning," said the captain, billionaire Jared Isaacman shortly after.

A SpaceX ship then retrieved the capsule.

The four passengers, smiling from ear to ear, exited one by one.

They were then to be transported by helicopter to the Kennedy Space Center, from where they had taken off on Wednesday evening, and where they were to be reunited with their families.

“Congratulations, Inspiration4,” tweeted after the landing Elon Musk, the boss of SpaceX, using the official name of the mission.

The four Americans traveled farther than the International Space Station (ISS), up to 590 km above sea level.

The stated goal of the mission was to mark a turning point in the democratization of space, by proving that the cosmos is also accessible to crews who have not been handpicked and trained for years, as are the astronauts. .

"Welcome to the second space age," Todd "Leif" Ericson, head of the Inspiration4 mission, told a press conference on Saturday.

With the latter, "space travel becomes much more accessible to ordinary people," he said.

Jared Isaacman, 38, boss of a financial services firm, paid SpaceX tens and tens of millions of dollars (the exact price has not been revealed).

He had offered three seats to strangers, including Hayley Arceneaux, a 29-year-old medical assistant, who became the youngest American, but also the first person with a prosthesis (femur), to have gone to space.

Prior to the trip, their training had lasted less than six months.

The flight remained fully automated, but they had been trained to be able to take control when needed.

>> To see Tech 24: A ticket for space: express training for space tourists

Once up there, they notably collected data (heart rate, sleep, oxygen saturation in the blood, cognitive abilities, etc.) which should help to better understand the effect of the spatial environment on beginners.

But they also took in the view of the cosmos through a brand new observation dome installed on Dragon, could talk with actor Tom Cruise from their ship, eat pizza or enjoy the joys of weightlessness in music.

Only one minor problem arose during the flight, with the toilet system, but a solution was quickly found, said Todd Ericson, without giving further details.

Next flight in January

The mission also serves as a huge fundraiser for the pediatric hospital of St Jude (Memphis, Tennessee), where Hayley Arceneaux works after being treated there as a child of cancer.

In the ship were various objects (ukulele ...) which must now be auctioned for the benefit of the hospital.

About $ 160 million has been raised so far, including $ 100 million donated by Jared Isaacman.

This is the third time that Elon Musk's company, which in just a few years has become a giant in the sector, has brought humans back to Earth: during previous missions on behalf of NASA, six astronauts had already experienced a water landing on board from the same ship, after a stay in the ISS.

Inspiration4 concludes a summer marked by the flight of billionaires over the last frontier: first Richard Branson on July 11, aboard the Virgin Galactic ship, then a few days later Jeff Bezos, with his company Blue Origin .

But these suborbital flights only offered a few minutes in zero gravity.

The next one from January 2022, with three businessmen on board.

"The number of people who have contacted us (...) has grown considerably," said Benji Reed, head of human spaceflight at SpaceX on Saturday.

And to specify that the company was working on two improvements on board: adding the possibility of heating food, and wifi.