Congestion everywhere on the first day of the Chuseok holiday... "The peak around noon on the way home"

Today, the first day of the Chuseok holiday, major highways across the country are experiencing a rapid increase in the number of vehicles returning home and the number of congested sections is increasing. The congestion on the way home is expected to reach its peak between 12:00 and 1:00, and will only be released tonight. 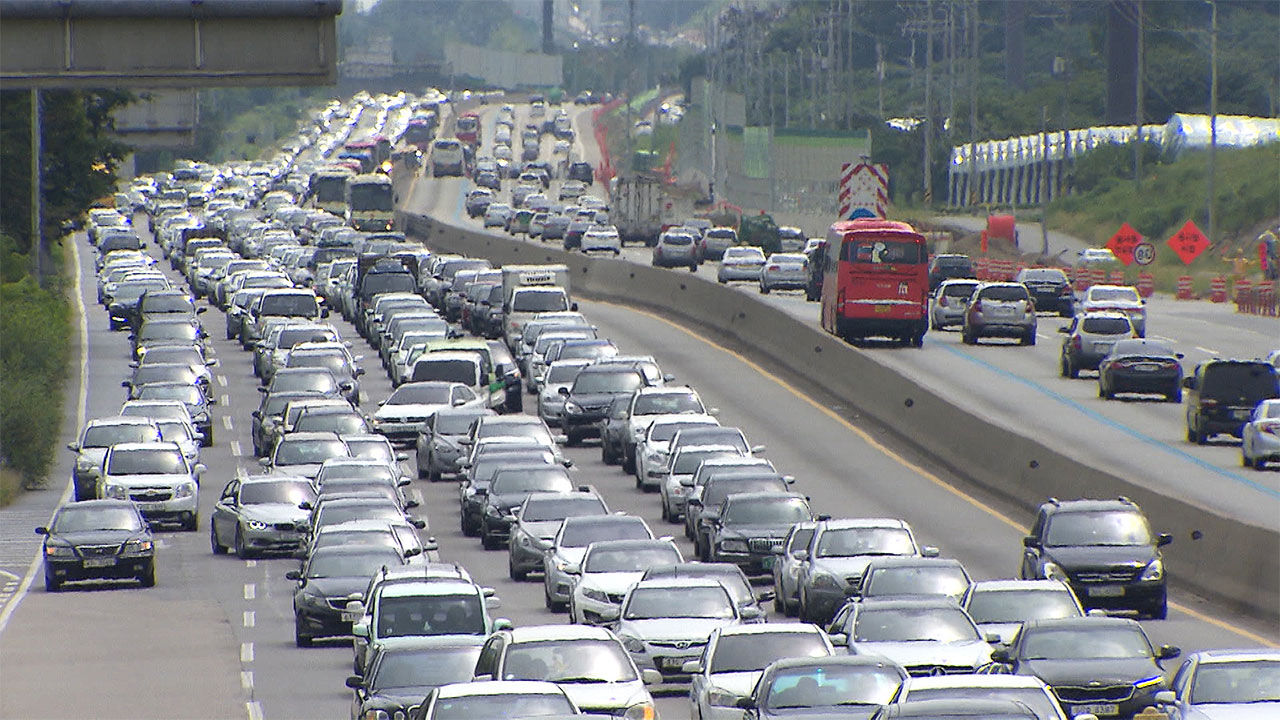 Today (18th), the first day of the Chuseok holiday, traffic congestion on major highways across the country is increasing rapidly as the number of vehicles returning home is increasing. The congestion on the way home is expected to reach its peak between 12:00 and 1:00, and will only be released tonight.

From the morning of the first day of the Chuseok holiday, traffic congestion began in various parts of the nation's highways.

The Seohaedaegyo Bridge section is very congested near the Seohaean Expressway in the Mokpo direction, near the Seopyeongtaek Junction, and the traffic flow is also slow near the Dongtan Junction in the Busan direction of the Gyeongbu Expressway.

In the section from the Manjong Junction to the Manjong Tunnel in the Busan direction of the Jungang Line, the number of cars is increasing and it is not able to speed up.

Also, today's highway congestion in the direction of Goseong reached its peak between 12:00 and 1:00 in the afternoon, and then it was predicted that it would be resolved around 8:00 or 9:00 at night.

The congestion in the direction of return is most severe around 4-5 pm, and is expected to clear around 7-8 pm.

The highway homecoming road is expected to be busiest on the morning of the 20th, one day before Chuseok, and the return road on the afternoon of the 21st, the day of Chuseok.

Meanwhile, the government has designated the 22nd until the end of this Chuseok holiday as a special transportation measure period to strengthen quarantine.

Eating and drinking in stores is prohibited at highway rest areas, and temporary corona screening clinics are operated at 9 rest areas including Anseong, Icheon, and Hwaseong.