The battle for digital privacy is reshaping the internet

The American “Apple” company introduced a window for “iPhone” mobile phones, in April 2021, which requests “permission” for customers to be followed by different applications, at a time when “Google” of the United States set out last month, plans to disable the tracking technology. in its web browser. in a 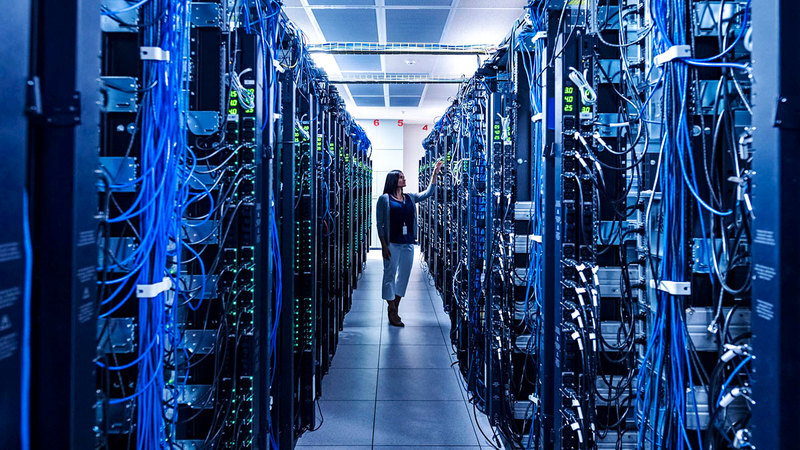 Ads are the lifeblood of the network..Tech giants are looking for an alternative to “data”

The battle for digital privacy is reshaping the internet

"Apple" and "Google" have begun to renew the regulations and laws related to data collection.

The American “Apple” company introduced a window for “iPhone” mobile phones, in April 2021, which requests “permission” for customers to be followed by different applications, at a time when “Google” of the United States set out last month, plans to disable the tracking technology. in its web browser.

In what her compatriot "Facebook" said last August that hundreds of its engineers were working on a new way to show ads, without relying on personal information of customers.

This development sounds like a technical "patchy," but it has something to do with something bigger: it's an increasingly intense battle over the future of the Internet.

This conflict has confounded tech giants, upended Madison Avenue's cutting-edge communications technology hub and advertising hub, and crippled small businesses. It heralds a profound change in how personal information is used online, with sweeping implications for the ways in which companies make money digitally. At the heart of this struggle lies what is known as the lifeblood of the Internet: advertising.

About two decades ago, the Internet revolutionized the advertising industry, robbing newspapers and magazines from their backbone, classified and print ads, and threatening to topple television stations from the throne of displaying ads as the best way for marketers to reach the largest possible segment of people.

In turn, brands are now posting their ads across websites, and their promotions are often tailored to specific people.

These digital ads have led to the promotion and growth of giant companies such as "Facebook", "Google", and "Twitter", which provide their search and social network services to the public for free.

On the other hand, this audience was followed from one site to another through technologies such as "cookies", and the personal information of this audience was used for marketing purposes and to provide appropriate advertisements.

But this system, which has now swelled into a digital industry worth about $350 billion, is now being dismantled.

Driven by concerns over privacy on the network, Apple and Google have begun renewing regulations and laws related to data collection.

Apple, citing the idea of ​​privacy, has introduced tools that prevent advertisers from following the audience, while Google, which relies on digital ads, is trying to maintain both things, that is, to renew the system, and the ability to continue directing ads to the audience without exploiting access to their personal information.

If personal information is no longer the currency that the public offers in exchange for Internet contents and services, something else must replace it, as media publishers, digital application makers, and digital store owners are currently exploring different alternatives to survive and maintain privacy on the Internet. .

In some cases, this is done by reversing the pattern of business they do. Some choose to have network operators pay for service online, by paying subscription and other fees, rather than using their personal information.

The implications of the new privacy regulations could hurt brands that rely on ads targeted to the people who buy them.

It can also hurt Facebook, but not for long.

Companies that have stopped following the audience, but need to run ads, will have to pay the huge tech platforms that still have the most information about consumers.

"Behind the scenes conflict has been fundamental to the nature of business on the Internet," said Jeff Green, CEO of TradeDesk in California, which deals with major media companies.

He added: "The Internet answers a question that has been circulating for decades, how can the Internet pay for itself?"

Digital advertising has led to the promotion and growth of giant companies such as "Facebook", "Google" and "Twitter".