Typhoon 'Chantu' passed through Jeju this morning and flew toward the East Sea in the afternoon. Due to the typhoon, 1,300mm of rain fell throughout the week in Jeju, where houses and roads were flooded. 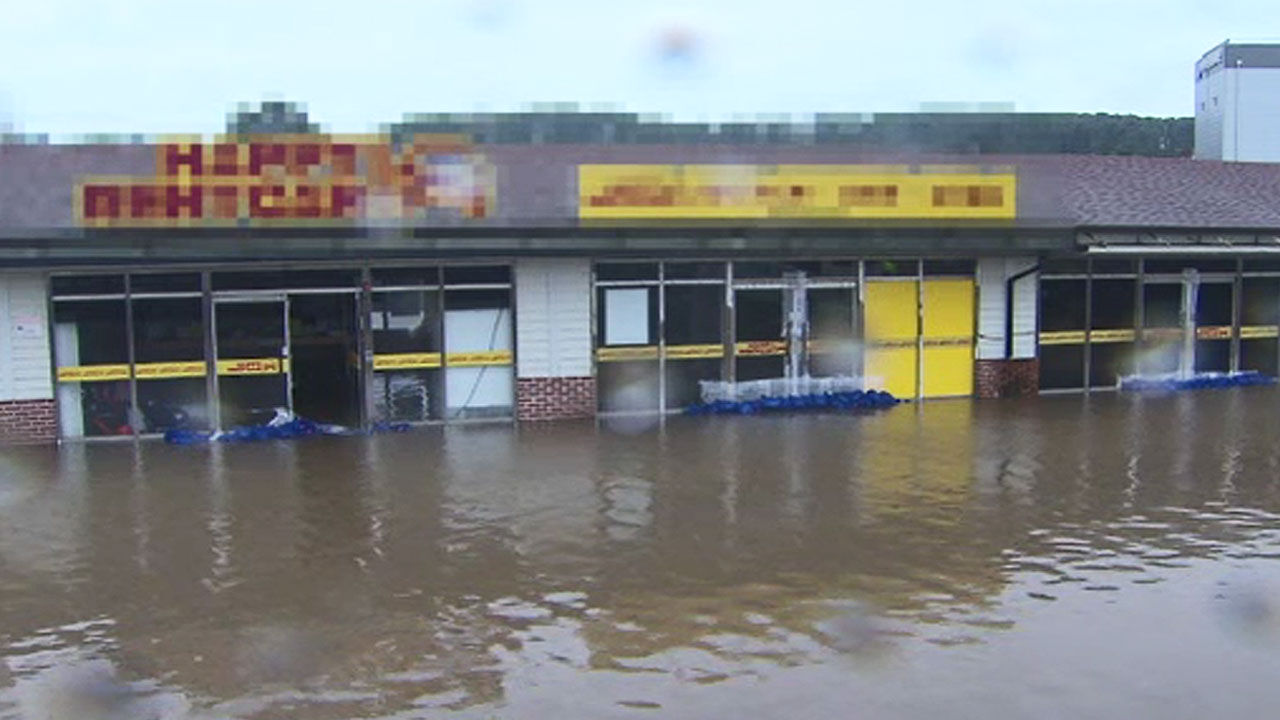 Typhoon 'Chantu' passed through Jeju in the early morning of today (17th) and flew toward the East Sea in the afternoon. Due to the typhoon, 1,300mm of rain fell throughout the week in Jeju, where houses and roads were flooded.

Water overflowing the road under construction falls like a waterfall.

Nearby restaurants and car rental offices were quickly flooded.

Even if the water runs out, it cannot be used again.

It is fortunate that the vehicles were moved in advance so that no damage was caused.

Water did not drain out even when all the nearby water pumps were mobilized.

[Bae Yong-ho/Yongdam-dong, Jeju City: (Dawn) There was no problem at all until 3 o'clock, but after 3:30 the road was flooded with water and it was all submerged. All of a sudden.]

Roads with clogged drains were also flooded in several places.

Even the traffic lights stopped working due to typhoon damage.

Even if it was near the rainwater pipe or the land was a little low, rainwater attacks continued.

[Yoo Mi-sook / Donam-dong, Jeju-si: (in front of the door) I brought a sandbag and prepared it in advance, so water suddenly gushed out of the bathroom. How surprised... ]

Typhoon Chantu sprayed 1,300mm of rain on the azalea fields of Mt. Halla from the 13th until 3pm today, when it left Jeju.

The Jeju-si Sancheondan recorded a cumulative precipitation of over 600mm.

Typhoon Chantu hit Jeju on September 17, the same date as Typhoon Sara, which caused a great deal of damage to Jeju on the day of Chuseok in 1959, leaving considerable damage in various places.