A black-breasted bear in Jirisan was first caught on camera to cool off from the heat by taking a mud bath. A strange summer scene of endangered species such as marten and pigeon was also released. 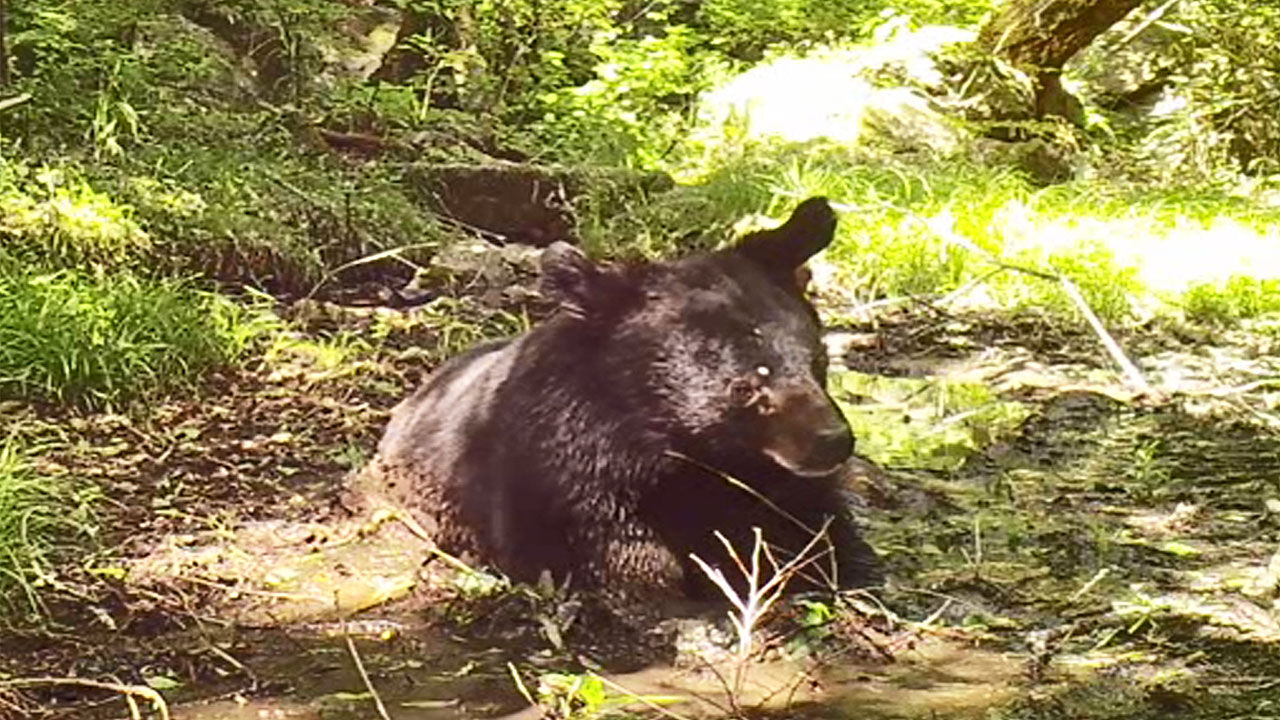 first time, a black-breasted bear from Jirisan was caught on camera to cool off from the heat by taking a mud bath. A strange summer scene of endangered species such as marten and pigeon was also released.

Last June, when the heat exceeding 30 degrees was rampant.

A bear appeared in the forest of Mt. Jirisan and plunged into a puddle of water.

They change positions several times and enjoy a long mud bath in the bog.

This is the first time a mud bathing scene has been captured by an unmanned sensor camera, which is an endangered first-class wild black bear.

[Kim Eui-kyung / Senior Researcher, National Park Research Institute: (Moon-breasted bear) does not have sweat glands, so I think it is an action that regulates body temperature and removes parasites. In Korea, mud bathing is a rare phenomenon.]

Last July, it was also observed passing through the ecological movement path, which means that it is well adapted to living in the Jirisan area.

Two martens who work hard from early morning to avoid the sweltering day.

Climb up the tree, peer into the hole, and quickly descend.

The marten's prey is the flying squirrel, which lives in tree holes dug by birds.

Otters grooming their hair in the summer, and independent mother pigs were also seen moving with their grown cubs.

During the Chuseok holiday, 22 national park trails nationwide It is normally open.

In order to protect endangered flora and fauna, it must be used only for designated tours.