Trujillo, much more than sun and photovoltaic energy to make Leo DiCaprio fall in love

Trujillo is one of the most monumental cities in Extremadura, it is the cradle of conquerors, the scene of the successful Game of Thrones and soon, also, the land of diamonds. The 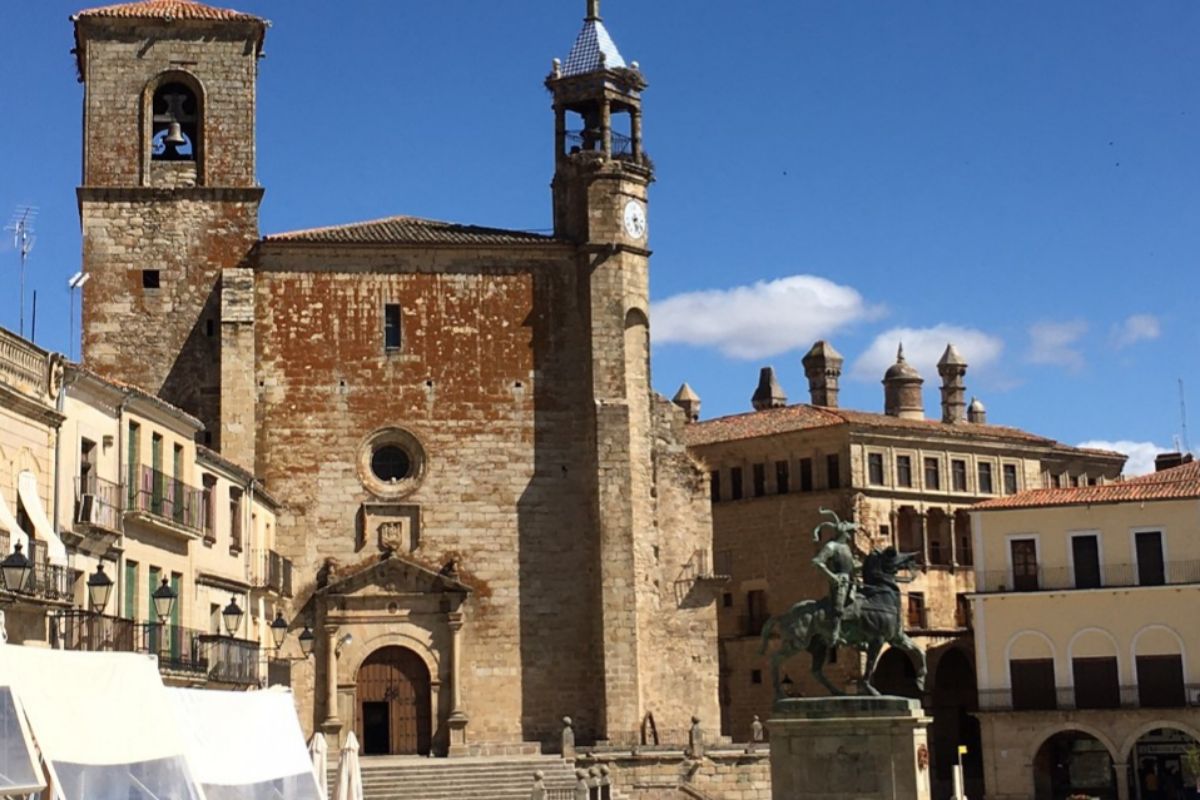 Trujillo is one of the most monumental cities in Extremadura, it is the cradle of conquerors, the scene of the successful

and soon, also, the land of diamonds. The American firm Diamond Foundry has just announced that it will install

in the surroundings of the town of Cáceres

. As they say, the sun and photovoltaic energy have been decisive for the company, whose largest investor is the actor Leonardo Dicaprio, has chosen this place (it is believed that it will be in the Arroyo Caballo industrial estate, about 4 km away).

In addition to solar energy, this ancient city, whose origin is in a Roman town, has a lot to offer.

An overwhelming heritage legacy and an exciting story, starring the exploits of the great conquerors such as Pizarro or Francisco de Orellana,

and every visitor who comes to Trujillo

If this does not succeed, its gastronomy will surely dazzle you, headed by the cheeses, the Extremadura crumbs, the goat frit or the artisan pasta from the convents.

Plaza Mayor, with the statue of Pizarro and the Church of San Martín.

Once the car is parked (it is recommended to do it outside the historic center) it is essential to take a walk through the narrow streets to admire the architecture of the place. Legacies of Muslim, Jewish and Christian cultures can be found in each corner of the town. Flanking streets and squares are manor houses and palaces built mainly in the 16th century with the money of the rich Indians who came from the Americas as a result of the conquest of the continent. Among the most spectacular are the Palace of the Marquis of the Conquest, the House of the Chain, the House of the Chaves, the Palace of Juan Pizarro and the Palace of San Carlos.

After wandering around for a while, one of the two most important enclaves of the city is reached: the

The huge, rectangular-shaped, Renaissance-style enclosure is partly surrounded by palaces and arcades full of shops and hospitality establishments with inviting terraces, making it a bustling meeting point for locals and tourists.

The large square has in the center the equestrian statue of the great conqueror Francisco Pizarro, discoverer of Peru, and is presided over by

, begun in the 14th century on a medieval building and completed in the 16th century.

Some stairs that leave the square lead back to the interior of the old town of Trujillo. Instead of ascending directly to the castle that crowns the town, it is recommended to take a small detour through the cobbled alleys to pass other monuments such as the

, built on a Romanesque building from the end of the 13th century, whose Romanesque eastern tower is still preserved. It is worth entering to admire its main altarpiece. Next to it, in the Plaza de los Moritos, there are also the

Leaving the Pizarro House Museum aside, the Calleja del Castillo reaches the esplanade where the other great monument of the Extremaduran city sits:

with eight towers and a horseshoe arch. Built by the Arabs in the second half of the 9th century, the castle is located in an airtight enclosure surrounded by walls on a perimeter of 900 meters in the highest area of ​​the rocky hill called Cabezo de Zorro. In the sober interior (there are no outbuildings, since more was used as a warehouse for the troops), next to the Patio de Armas, there is a small 16th century hermitage dedicated to Saint Paul. Both from the walls and from the battlements of the castle you can see the plain of the Trujillo land, as well as the entire town (entrance to the castle: 2 euros).

Panoramic of Trujillo from the Castle.

The town hall organizes guided tours (also at night) that cover the most interesting parts of the city (more information here).

If you want a more specialized tour, like following the

Path of the Conquerors

(free) or one that discovers the most important corners of

the city of the three cultures

Extremadura migas, frite de cabrito or moraga (grilled pork) are typical dishes that can be tasted in the many restaurants and inns of Trujillo.

It is recommended to book in one of those that are in the Plaza Mayor and try to settle on the outside terrace (if the weather allows it), to enjoy the views.

One of the star products and representative of the town is the cheese: the d

, with designation of origin, which is made with raw milk from the goats that graze in its meadows, the

... There are numerous shops of Grocery stores that sell traditional cheeses and other local products, such as honey, sausages ... It is also worth taking some of the

by the nuns, such as those from the Franciscanas de San Pedro convent (a few steps from the Plaza Mayor) .

At the foot of the Castle, in the historic center, this hotel is located in what was the convent of Santa Clara (16th century).

Inside it has a cloister with Renaissance arches and columns.

Quiet and cozy hotel located in a 16th century palatial house with elegant rooms overlooking the Plaza Mayor or the castle.

and hotels through our website, readers will not get discounts or additional benefits, but they will help Metrópoli obtain a commission for each reservation as an affiliate of the Booking.com and Civitatis.com program.

Caceres Getaway: 6 refreshing proposals to take advantage of the last days of summer