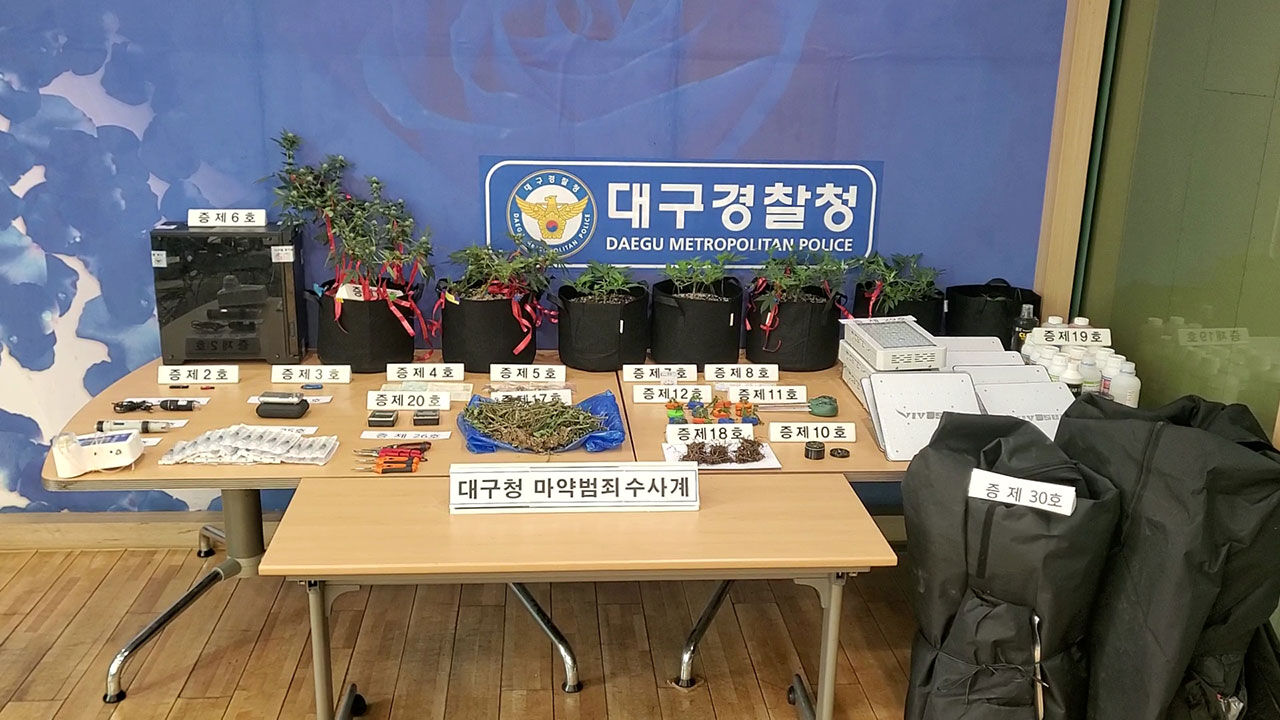 Six people, including the three arrested, are accused of cultivating cannabis in Korea or smuggling narcotics from abroad from March to May, and trading drugs while communicating through Telegram (violation of the Narcotics Control Act). .

Another 36 are charged with purchasing or administering narcotics after sending bitcoins to these vendors.

According to the police, more than 90% of the suspects arrested are young people in their 20s and 30s, and most of them are first-time offenders of drug crimes.

The police confiscated narcotics worth 250 million won, including 632 grams of hemp that can be smoked and 21 hemp plants under cultivation, and 6 million won from crime proceeds, over 8,000 times.

A police official said, "In the process of arresting the sales books, we opened and operated a narcotics sales chat room on Telegram and confirmed the fact that narcotics were distributed nationwide. caught," he said.