Resistance is being organized in South Africa against the choice of Amazon's first African headquarters. The project of the American e-commerce giant is accused of flouting one of the most sacred sites of… 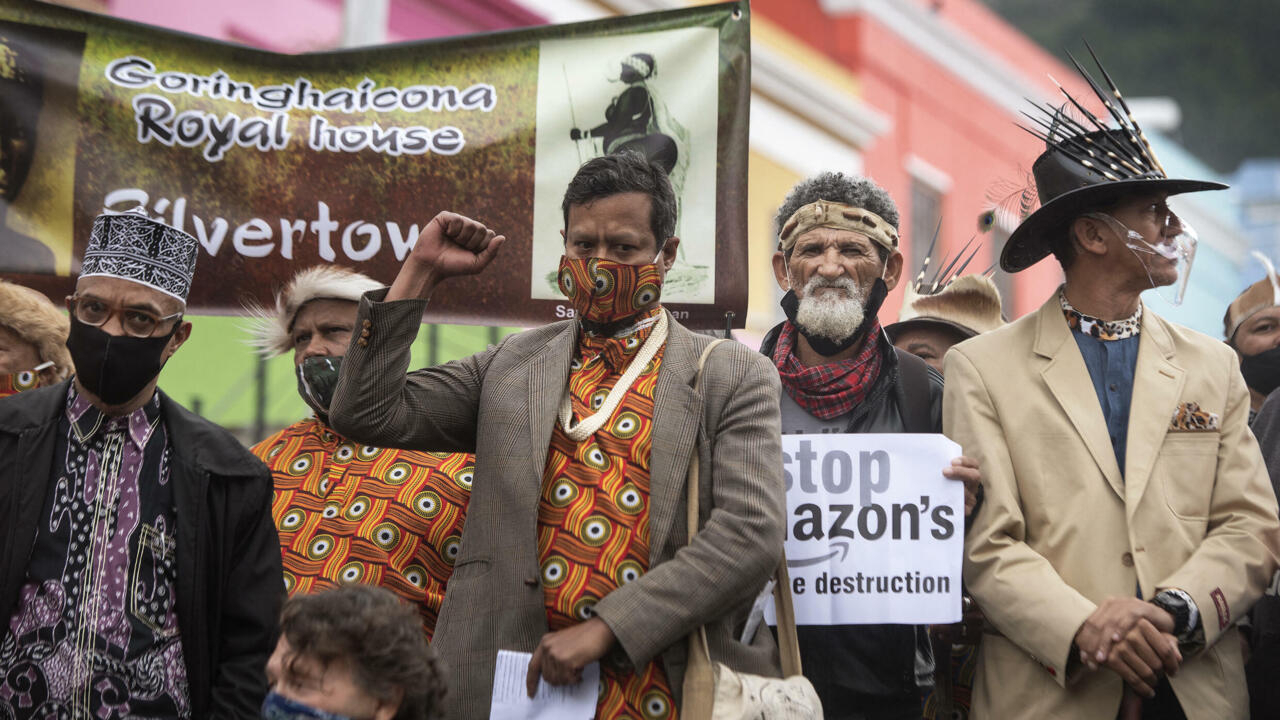 It was to be the symbol of Amazon's rise to power on the African continent.

But the plan of the American e-commerce giant to set up its first headquarters for the entire continent in South Africa near Cape Town has turned into a major economic, cultural, historical and political battle.

“5,000 jobs are at stake if the project does not see the light of day,” said Dan Plato, the mayor of Cape Town, on Monday (September 13th).

The city councilor of the country's legislative capital has sided with Amazon since last April, when the e-commerce star made public his intention to set up there.

It must be said that the prospect of hosting the African HQ of one of the largest companies in the world has enough to arouse the interest of any South African politician sensitive to the purely economic aspect of the project - who will cost $ 300 million to build. South Africa has experienced a spike in unemployment since the start of the Covid-19 pandemic and nearly 35% of its population is currently unemployed. “This is the highest level of unemployment since the country publishes quarterly employment statistics,” said Reuters news agency.

Amazon's arrival in Cape Town is said to give the city an economic boost.

It is, in fact, not only a head office which must see the light of day, but a whole large district of 15,000 m², including shops, a hotel, housing, a sports hall and even a school.

In all, it is the promise of 6,000 direct jobs and more than 15,000 indirect jobs that makes Dan Plato and the Cape Town business community salivate.

Not to mention the impact on the economic influence of the city.

Liesbeek Leisure Properties, the real estate developer in charge of the site, maintains that such a site would attract a number of foreign investors, thus allowing Cape Town to diversify a local economy very dependent on tourism, a sector hard hit by the health crisis, underlines the BBC.

But these economic interests clash with the sensitivity of part of the indigenous population, determined to derail the project since the beginning of the summer.

Their grievance is linked to the site chosen by Amazon.

The headquarters of the American giant is to be built on land considered sacred by the Khoekhoe and the San, two peoples who form the “first nations” of South Africa.

Amazon could, in fact, hardly come down worse by choosing the 15,000 m² of land located between the Liesbeek and Swart Rivier rivers.

“This project comes down to selling our most sacred heritage to the richest company in the world,” repeats over and over again Tauriq Jenkins, the spokesperson for one of the main traditional Khoï groups in South Africa.

It is, in fact, there that the South African aborigines had, for the first time, had contact with a foreign power in 1510. The Khoekhoe had, then, succeeded in pushing back the Portuguese during a battle which has become for these populations the symbol of the victorious resistance against the colonizer.

It is, again, at this place that nearly a hundred years later, the Dutch landed.

And this time the Khoï and San were defeated.

The Netherlands subsequently decided to set up the headquarters of the Dutch East India Company on this site, which will carry out the first land confiscations for the benefit of European settlers.

In a sense, the beginnings of the racist apartheid policy that marked 20th century South African history for almost 45 years began here.

Which also makes him an important political symbol in the eyes of the Khoekhoe and San.

“Part of our identity was born here, and it is a hotbed of our fight against all forms of colonialism,” said Tauriq Jenkins, interviewed by the site specializing in the African economy Weetracker.

The indigenous populations are not the only ones to protest against this vast project of development of the banks of the two rivers.

Environmental activists, grouped together in the Observatory Civic Association, do not want to hear about it either.

They recall that the huge Amazon HQ must be erected in the middle of a flood zone and that the constructions risk further aggravating the situation.

This NGO has also joined forces with Khoï and San to ask, in mid-August, a court in Cape Town to block the site.

They have also launched an online petition which has already collected more than 55,000 signatures.

But for Liesbeek Leisure Properties, all these reviews are far from representing the majority opinion. The real estate developer recalls that the city has already carried out an environmental impact study (contested by the Observatory Civic Association) and has found nothing to fault with the project. He also stresses that there is not the slightest trace of any vestige in this area linked to the long history of the Khoekhoe and San and that the site is not in danger of destroying this heritage.

On the contrary, Liesbeek Leisure Properties assures us that its project would make it possible to better promote this past rather than abandoned land.

Some Khoekhoe and San - grouped together in the “First Nations Collective” - share this opinion and were delighted that the project included the construction of a media library dedicated to their culture, that an indigenous garden was erected and that several streets of the future district bear the names of important personalities in the history of these first South Africans.

But for the detractors of this project, these are just a few crumbs conveniently dispersed in an attempt to divide the community from the indigenous populations.

Amazon has not yet commented on this cultural, environmental and legal battle, and their gene is easily understood.

Indeed, if the American giant emerges as the winner of this showdown, its conquest of Africa - the last continent on which the group does not yet deliver - will start from a place that symbolizes colonialism in southern Africa. .