Four tourists will take off on SpaceX's Falcon9 rocket

Four tourists will spend three days in space from Wednesday evening, a great first. They will travel aboard SpaceX's Falcon9 rocket. A decisive step for Elon Musk, who dreams of democratizing access to space. After the flights of Virgin Galactic and Blue Origin this summer, the space tourism industry is in full swing. &amp; Nbsp; 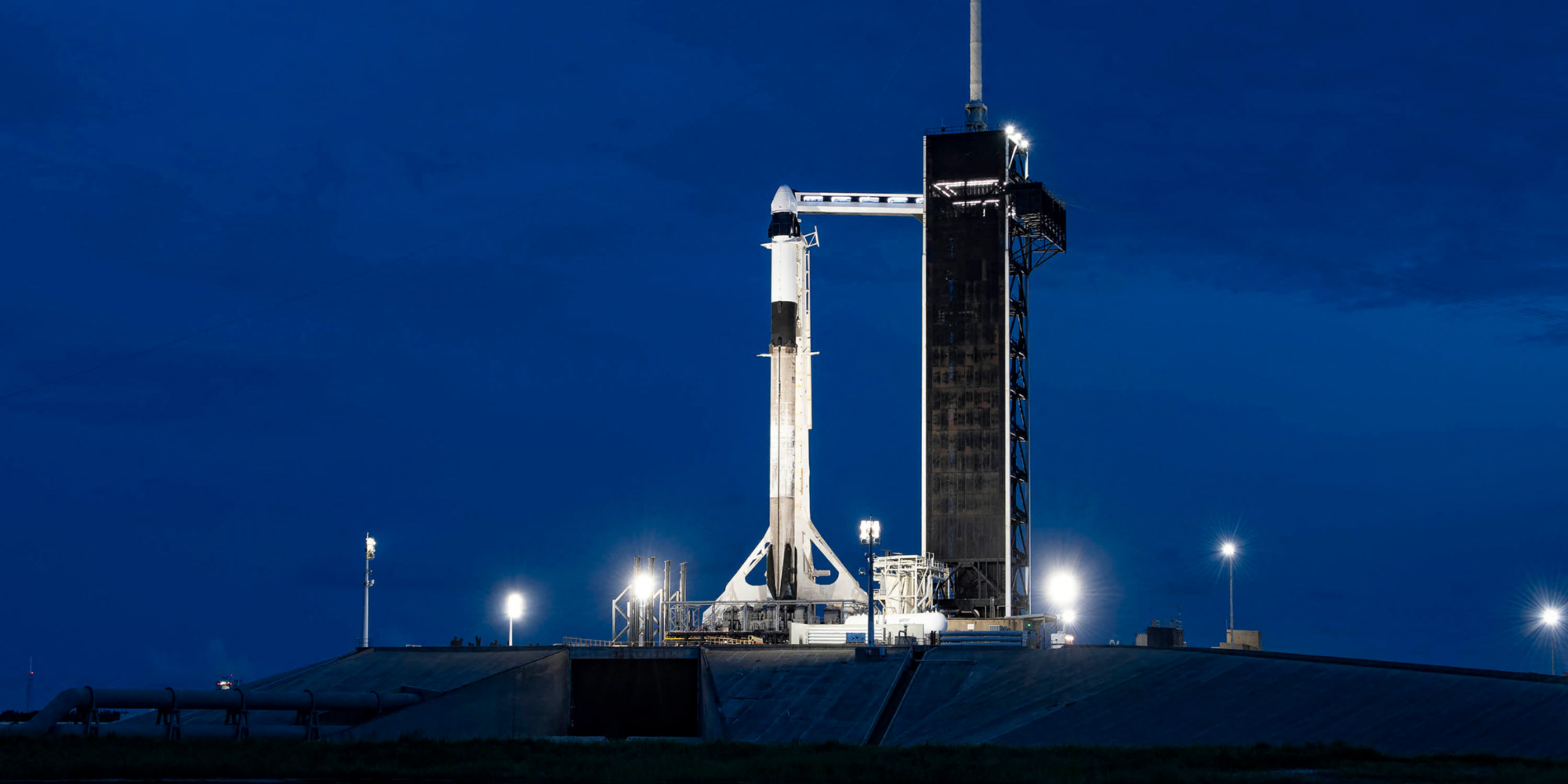 They will travel aboard SpaceX's Falcon9 rocket.

A decisive step for Elon Musk, who dreams of democratizing access to space.

After the flights of Virgin Galactic and that of Blue Origin this summer, the space tourism sector is in full swing.

Can four humans who have never been in space before spend three days alone orbiting the Earth, having only trained for a few months?

This is the challenge for SpaceX, whose first space tourism mission is to take off this Wednesday evening.

Called Inspiration4, it is the first mission in history to send only novices into orbit, without any professional astronaut on board.

Philippe Croizon, soon in orbit thanks to SpaceX?

15 tours of the earth per day

Take-off must take place from 8:02 p.m. (12:02 a.m. French time), with a launch window of five hours and for the moment favorable weather.

The Falcon 9 rocket, carrying the Dragon capsule at its top, will be propelled from the legendary launch pad 39A at NASA's Kennedy Center in Florida, from where the Apollo 11 mission took off for the Moon.

For Jean-François Clervoy, astronaut at the European Space Agency (ESA), this is a "great first", because unlike the Virgin Galactic and Blue Origin missions, which last between two and three minutes, the Inspiration4 mission lasts three days. “They will experience sixteen round-the-world trips a day, so a panorama of the earth from every angle. They will live, share meals and periods of sleep,” explains the astronaut. Another particularity: the four neo-astronauts will have no operational task to accomplish. "They are going to live it fully, with their guts, by being in relation with the control center. And it will remain a very strong moment in their life."

The four Americans on board must travel beyond the International Space Station (ISS), in a target orbit of 575 km, and will circumnavigate the globe approximately 15 times each day.

At the end of their journey, they will begin a dizzying descent to land off Florida, slowed down by huge parachutes.

Four strangers in the capsule

The mission was chartered by billionaire Jared Isaacman, 38, a financial services company boss and seasoned pilot.

He will be the captain on board, and offered three more seats to strangers.

She will be the youngest American to reach orbit.

Chris Sembroski, 42, is a former US Air Force employee who now works in the aviation industry.

Finally, Sian Proctor, a 51-year-old professor of Earth sciences, had almost been selected in 2009 to become an astronaut for NASA.

She will be only the fourth African American woman to go to space.

NASA chooses SpaceX for its next manned mission to the Moon

The stated goal: to represent a turning point in the democratization of space, by proving that the cosmos is also accessible to people who have not been handpicked, and trained for many years as astronauts.

For SpaceX, this is nothing less than a first step towards a multiplanetary humanity - Elon Musk's ultimate vision.

"We realize how lucky we are, and we try to be very thoughtful in our approach, in order to hopefully set the standard for the missions to follow," Jared Isaacman said at a conference on Tuesday. Press.

"It is just beginning."

On board, their biological data (heart rate, sleep, etc.) as well as their cognitive capacities will be analyzed.

They will also undergo tests before and after the trip, to measure the effect on their bodies.

Their training only lasted about six months.

The flight should normally remain fully automated, but the crew has been trained by SpaceX to be able to take control in the event of an emergency.

They were also physically tested.

Together, they trekked in the snow up to over 3,000 meters in altitude in the American Northwest, and experienced the g-force to which they will be exposed thanks to a centrifuge (long arm in rapid rotation) and jet flights.

A sector in turmoil

This mission concludes a summer marked by the flight of billionaires over the last frontier: first Richard Branson on July 11, aboard the Virgin Galactic ship, then a few days later Jeff Bezos, with his company Blue Origin. This is the fourth time that the company of Elon Musk, which in just a few years has become a giant in the sector, has sent humans into space, after having transported 10 astronauts to the ISS on behalf of NASA.

There have already been tourists in space: wealthy personalities, for example, visited the ISS between 2001 and 2009, aboard Russian rockets. But the advent of private enterprise programs today marks a turning point. SpaceX subsequently plans other space tourism flights, including one from January 2022, which will notably transport three businessmen to the ISS.