Does my mobile have a virus? Five Symptoms That Your Phone Has Been Infected With Malware

Due to causes such as telecommuting, the &amp; apos; smartphone &amp; apos; increasingly contains more sensitive information, such as documents, bank details, passwords, personal information and ... 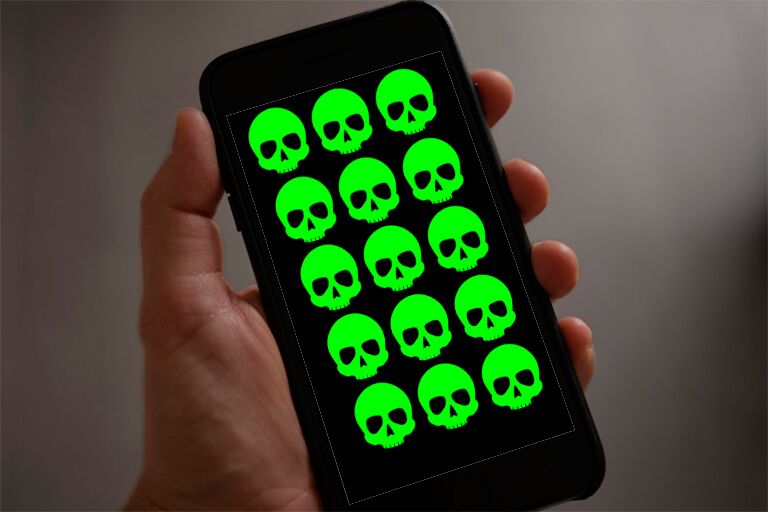 Due to causes such as teleworking, the 'smartphone' increasingly contains more sensitive information, such as documents, bank details, passwords, personal and corporate information, and therefore, it has become a common attack target for cybercrime.

It is not always easy to warn it when a device has been infected by a 'malware', but there are a series of indications that can set off alarms and make you think that it has been infected, as explained by the cybersecurity company Check Point.

The mobile is slow

The first of the 'malware' symptoms has to do with its operation: if the device slows down, if the 'apps' or programs are closed for no apparent reason or tools such as the flashlight stop working.

These changes are a red flag, especially if it happens after having installed a program or having clicked on a link that may have downloaded a malicious program.

The battery draining too quickly is another factor that can indicate a 'malware' infection.

If not much time is spent on its use and, conspicuously and in a short space of time, the charge goes from being full to less than half, you have to check the device.

To do this, Check Point recommends accessing the settings section and, in the section dedicated to the battery, checking which applications consume the most to detect which may be the origin.

Similarly, 'malware' can be accompanied by an increase in data consumption.

If the data bill suddenly increases, it may be due to downloading applications without the user proactively doing so.

To solve it, it is best to go to the list of 'apps' and uninstall all those that are not familiar or known.

You can also check the data consumption of each 'app' in the settings.

Another possible indicator can be to see advertising in the notification bar.

Known as 'mobile adware', this type of malicious program aims to display unwanted advertisements on the phone screen.

When it is run, the 'malware' hides its icon to prevent it from being removed, at the same time that it begins to distribute advertisements on the screen, regardless of whether the user is inside the application or not.

Check Point also recommends to be attentive if strange numbers appear in the list of calls and SMS, generally foreign.

In addition, it may also be the case that the phone autonomously sends SMS messages to unusual numbers or even to all contacts.

This fact can not only generate an economic cost for the user, but also serves the cybercriminal to spread 'malware' by including malicious links in these messages.

If one month there is an increase in expenses for no apparent reason due to services that have not been used, it is time to analyze the status of the device.

GadgetsFacebook wants you to have work meetings in virtual reality

After the attack in Kabul, Afghans grieve: "We are exhausted and trapped"